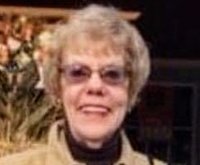 Patricia "Patty" was born in St. Paul, Minnesota to Philip and Marie Christman.

She spent her younger years serving in the Foreign Service and traveling the world where she met and married her husband of 30 years Terry Wright of Beaverton, Oregon.

Patty made her home in Beaverton where she started her family and began a career in publishing. Eventually she owned and operated The Portland Guide Magazine for over 25 years.

After retiring from publishing, she began working in retail at Macy's where she happily remained for the next 15 years.

She enjoyed bridge, bunko, reading, crosswords and any period drama she could find.

Patty was a loving mother, mother-in-law, grandmother and friend to many.

She is survived by her daughter Christine, son Scott, daughter-in-law Angela and grandsons Jack, Tyler and Kellen.

She will forever be missed and loved.