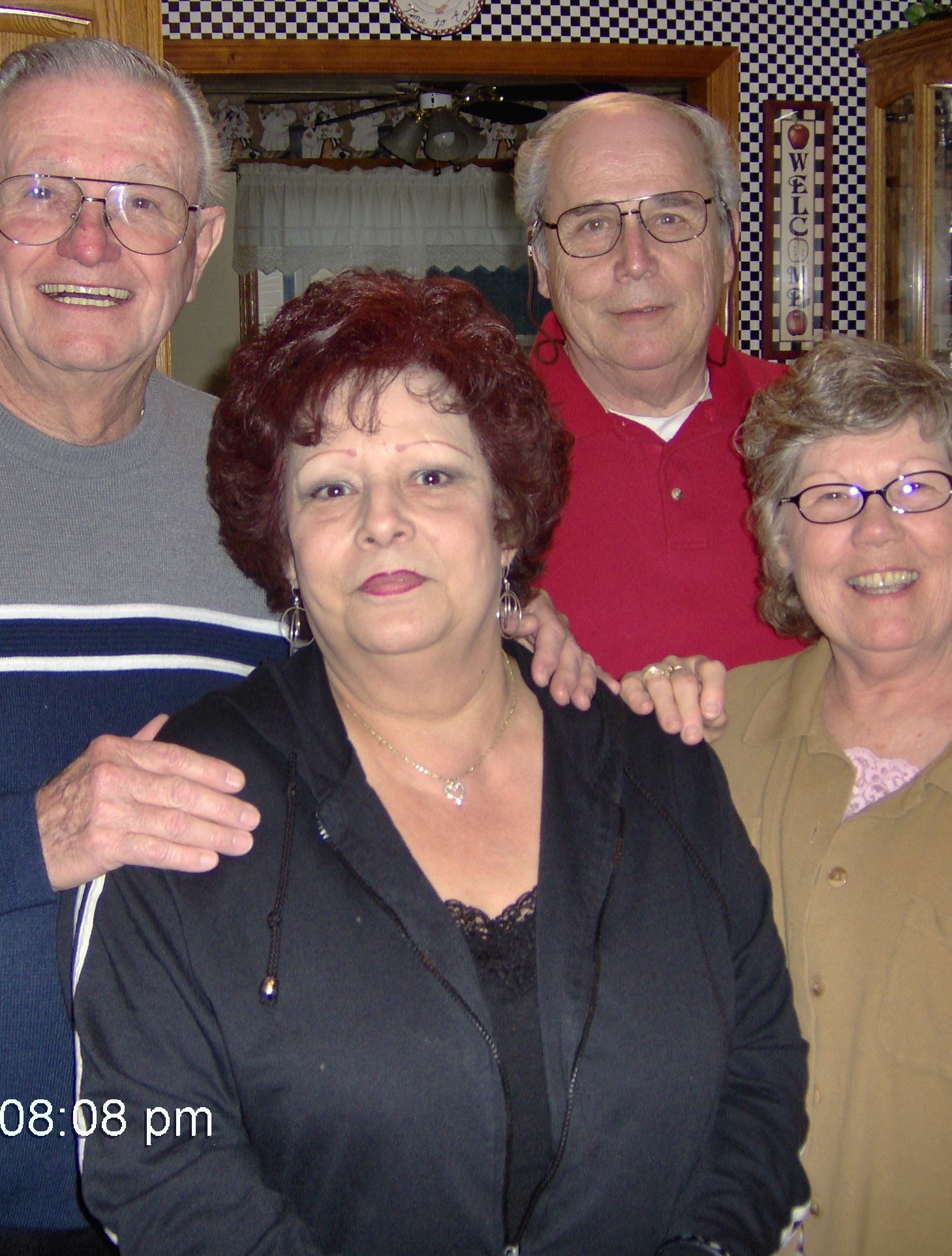 Sandy Espinoza, passed away peacefully on November 10th, 2020 at The Conifer House in Corvallis Oregon. Her loving daughter Becky Mutschler and her husband Hank were at her side as she began her new journey to a better place of peace and joy.

Sandy was born in Francisville Indiana on April 25th, 1942. Her parent's: Bertha and Richard Nightingale. While still in Indiana, her brothers Richard Jr (Chuck), Jaime and sister Colleen were born.

Sandy was 12 when the family moved to Norwalk, CA in 1954. Sandy attended the same grade school to the 8th grade. Sandy went to Excelsior High from 1956 and graduated in 1960. During her high school years, she loved to buy clothes and always found ways to earn money, usually by babysitting. Sandy has always been outgoing and made friends easily with that beautiful smile of hers. Sandy's life forever changed during the summer before her senior year. Her husband Hank, of nearly 60 years, met for the first time. Throughout their senior year, they were never apart. Sandy and Hank were King and Queen at their Prom. They were married on November 24th, 1960 on Thanksgiving Day with family and friends. Sandy and Hank were only 18 years old.

They rented an apartment in Garden Grove, CA. Sandy always loved chocolates, and she worked in a candy store while Hank worked at Sears. Sandy worked in retail stores for several years. Hank was never surprised when Sandy took advantage of her employee discounts, her love for shopping for clothes and knik knaks, never ceased until she was unable to do so. Sandy became a mother on March 31, 1962 when daughter Rebecca Lynn was born: soon followed by son Gregory Allen in 1964, on her birthday. Sandy gave birth to her 3rd child, Michael Eric on April 13th, 1968.

As her children grew, Sandy continued to work part time and also loved to do crafts and making dolls.

They eventually moved out of Orange County CA to the high desert in Victorville and Apple Valley CA.

The family moved to Big Bear City, CA in 1977, a ski resort town. Hank was working for Xerox and Sandy worked in Retail in Big Bear Lake. Sandy's daughter Becky graduated from Big Bear High School in 1980. Due to Hank's Xerox transfer, in 1981 the family moved to McMinnville OR. Son Greg, graduated from McMinnville High School in 1982. They moved to Philomath OR, and Sandy worked part time in Albany, selling subscriptions for the paper. Sandy and Hank visited Bend and eventually moved there and bought a house in Bend. Son Michael graduated from Bend High School in 1987. Becky married Jay Mutschler in 1985 in Bend as well. After a short stay in Idaho and Bend. Sandy and Hank moved to the Redding area in CA, where Sandy managed a woman's clothing store for 3 years.

In 1992, Hank and Sandy moved back to Corvallis OR, where Becky lived. Son, Greg stayed in Bend.

Sandy began at the Emporium, selling clothing. Eventually Hank and Sandy moved to a senior Mobile Home Park in late 1996 and she lived there until Christmas 2019, Sandy loved her home in the senior park. She loved to collect bird houses and angels and of course knik knaks. She loved camping with the all the family and holidays together. After several years of Alzheimer's, Hank reluctantly moved Sandy into full time care at The Conifer House, where she just passed this month.

Our family is so grateful and thankful for the care that The Conifer House and The Grace Center provided to Sandy E.  Mom gave so much joy and love to the staff and employees.  They all said she was their favorite.

Sandy is survived by her husband Hank, her children Becky, Greg and Mike, her sister Colleen and brother Jaime. Her grandchildren: Jayme, Jacob, Jerika, Ashley, Derek, Miryssa, Amber and Bradley.

Due to The Covid19, there will be no service. We hope to do a celebration of Life on her birthday.