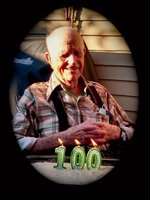 Born and raised on a farm in New England, North Dakota, his father discovered the morning before harvest that the locusts ate everything, including the handle of a new shovel, so the family moved to Oregon in 1936, when Paul was 16, arriving in the Banks/Gaston area where they found work while living with friends.

Paul enlisted in the U.S. Army in 1938, serving at Fort Stevens when it was shelled. He re-enlisted in 1941. As a member of the U.S. Army Corps of Engineers, he helped construct some of the first military runways in Alaska, including airstrips on Shemya, Attu, and Adak Islands. He would later serve as an interpreter for German War Prisoners. Moving to the Pacific Theater, he was involved in the battle of Leyte in the Philippines, and later was dispatched to Hiroshima after the Atomic bomb was dropped in 1945, serving as part of the security team.

After the war, Paul married Anna Wayer, and the couple settled in Sherwood. There, he was a founding member of the original “Robin Hood and His Merry Men of Sherwood,” where the group became responsible for starting the Sherwood Robin Hood Festival in the early 1950's.

Moving to Tigard in 1951, Paul became an electrician working for Reiter Electric, later Mike's Electric in Aloha, before eventually starting his own company, Herberholz Electric. His most appreciated accomplishments included a large garden, tomato starts for his family and friends, cooking, home made sausages, wine making, he was an active member in Knights of Columbus, and St. Anthony's Parish in Tigard.

Paul is preceded in death by his wife Anna (2005), and son John (1996). Paul is survived by three children, Katherine Brunner (Gary), Al (Marci), and Irene Hediger (Roger), 13 grand children, 13 great-grand children, and for fifteen years, his “lady friend” as he fondly called her, Mary Stobbe, and her three daughters Lynn, Lori, and Leanne.

He lived his life always trying to do the right thing with honesty and integrity. In his 100 years he touched many lives and will be greatly missed by all who knew him.