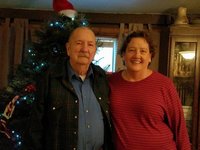 Oie Hobert Keller was born to Ellis and Perline Keller on July 31, 1936 in Miami, Oklahoma. He was the eldest of five children.

He received his GED and joined the Air Force as a mechanic at the age of 17. After serving in the military for 20 years, he retired. He served in Iceland, Greenland, Alaska, Italy, Spain, Virginia, Colorado, New York and Wyoming. He lived most of his civilian life in Oregon. He married Anna in Reno, Nevada in 1978, after knowing each other for only three weeks. They have been married for 42 years.

He continued in the field of mechanics as a civilian until he retired at the age of 62. He then worked a few years for Pinkerton as a security guard.

He loved to work on cars and to drag race at Woodburn drag strip. He brought home several trophies from cars that he had built. He enjoyed building model airplanes, was always up to date on current events and loved to watch car races. He loved frosted flakes, black licorice and popcorn.

Oie will be laid to rest at Willamette National Cemetery. Military honors on May 6th at 1:30pm. There will be a memorial service at Fruitland Community Church on May 7th at 11:00am.