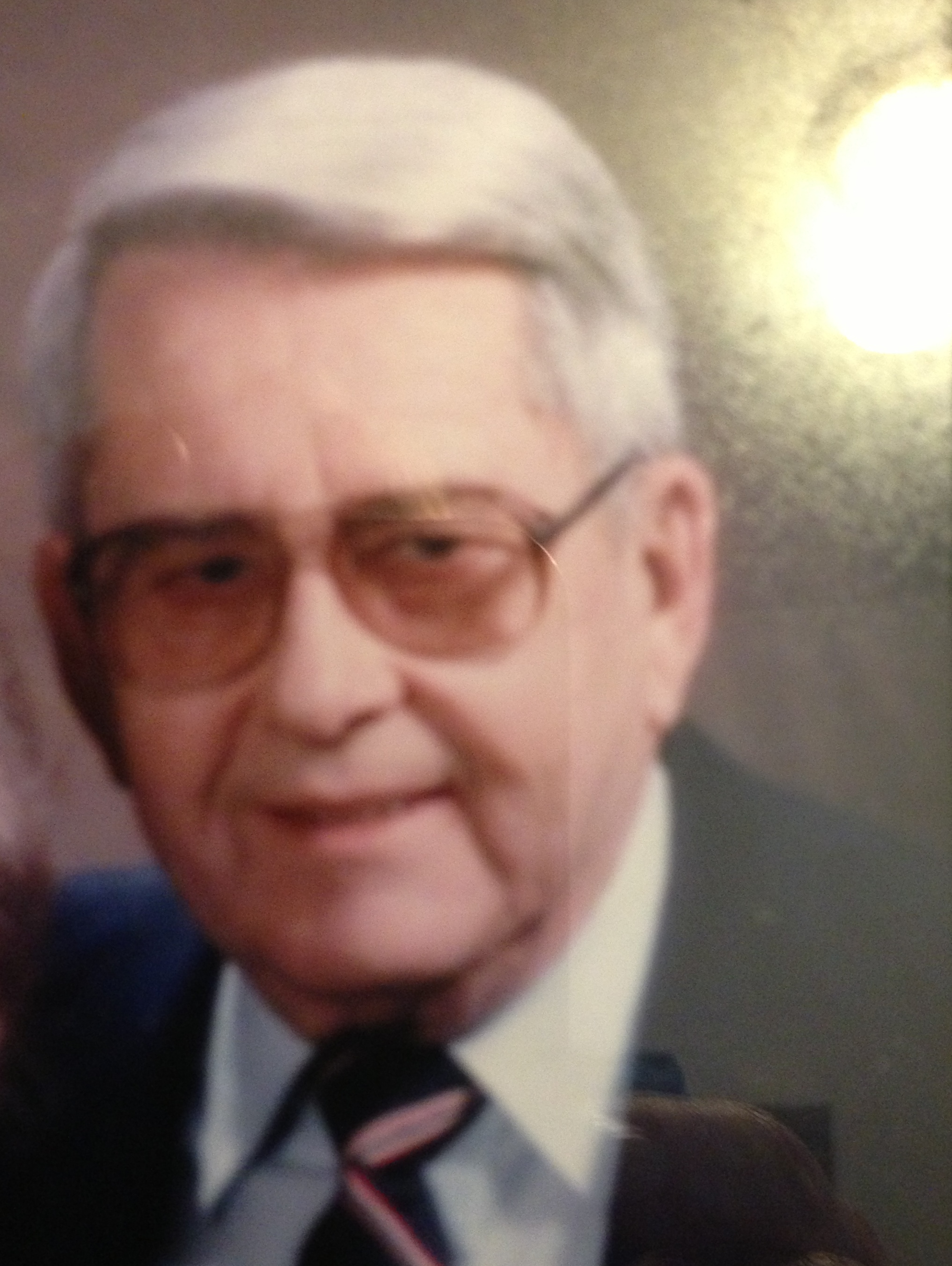 On Thursday, May 27, 2021 our Father opened His arms to receive His humble son, Marvin E. Woods, who had gladly served Him with loving hands and a grateful heart for nearly 95 years.

Marvin was born July 17, 1926 in Miami Oklahoma (pronounced Mi‐am‐uh. Not to be confused with Mi‐am‐ee which is in Florida) as the third child of Earl and Blanche Woods. Two more children followed. Marvin grew up swimming in the river, singing and playing a few different instruments, all the while getting prepared for a life of service to Jesus Christ and a few years in the US Military. His swimming skills landed him a lifeguard role at the local swimming pool. His musical talent gave him so much pleasure that he played the harmonica and clarinet in a band for years. He played the piano, sang, and plucked away at a few other instruments as often requested. One of his best stories is when Evelyn Stombaugh requested the church choir whistle a song in harmony. He said, “Have y’all ever tried to whistle an entire tune in unison with a choir? That was the hardest thing I’ve ever done.”

He joined the Army on November 24, 1945 and earned a World War II Victory Medal of honor before being honorably discharged on December 6, 1946 after coming down with Yellow Fever, Typhus and Cholera. He rejoined the Navy sometime later and finished pilot school becoming an airplane mechanic before once again being honorably discharged on July 15, 1952.

He met the love of his life, Billie at the local theatre in Miami. They married on June 7, 1948. They eventually made their way to Oregon in 1951 and raised three children, some pigs, a couple milk cows, chickens, a few dogs and a few cats on a berry farm in Gervais. Marvin had a special love for animals. After moving into “the city” he would feed and comfort the stray cats who trusted and loved him. Every morning, the family dog would sit beside him in his chair while he prayed and did his devotions. Marvin retired from his “day job” as Production Manager after 37 years with the Oregon State Printing Division.

Marvin was a devoted and loving servant of Jesus Christ, volunteered for more than 50 years praying and counseling people who were sick, depressed, lonely or just needed a listening ear. He served as Chairman of the Elders and Pastor Bubna’s right‐hand man for Salem Alliance, pka Christian Missionary Alliance (at a time when the church attendance was maybe 50 ‐ 100 people) for many, many years. He read his bible and enjoyed the Daily Bread for his daily devotions. He had a special gift of being able to make people laugh and smile even amongst their darkness. He was known for being a practical joker and did not go a day without laughing.  He loved to dress up for Halloween. He and his wife Billie attended and hosted many bible studies, dinners, and dress‐up parties. Marvin and Billie traveled across the US, to Europe and Israel hiking, bird watching and rock hunting with the “Chemeketans” and “the Nazarines”.

Marvin is survived by his three children, Eldon (Linda) Woods, Darryl (Jerry) Woods, Vera (David) Helbert, five grandchildren, seven great grandchildren and one great‐great grandchild; two sisters; Doris Tarver and Glenna Detchemendy of Tulsa Oklahoma, and numerous nieces and nephews. A celebration of life will be held at Salem Alliance church on July 17, 2021 at 11:00 am for all who would like to attend.