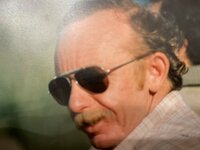 Warren E Hardy Jr. passed just after midnight on January 1, 2022. He was a loving husband to wife Diane, beloved brother to Edward (Laura) and Sandra, wonderful father to his 7 children Tessa (Terry), Dana (Justin), Dawn (Sean), Derrick, Chylene, Cara (Brennan), Travis (Sophie), the best grandpa to his 15 grandchildren and a great owner to the most spoiled dogs Spock and Ruby.

Warren was born October 4th, 1948 in Salem, Oregon to Leona and Warren Hardy Sr. He attended North Salem High School and later on became a trucker; hauling anything from logs to freight and everything in between. He spent his time with his family and friends, he enjoyed watching NASCAR and working on cars, but most of all he loved playing with his grandkids and watching them learn and grow. Warren was well known for his sense of humor and always being there for anyone that needed help. He touched everyone that was lucky enough to meet him.

Family and friends are invited to attend a potluck-style Celebration of Life on January 16th at 3:00 pm in Warren and Diane’s home. For any questions please contact Diane or Cara.