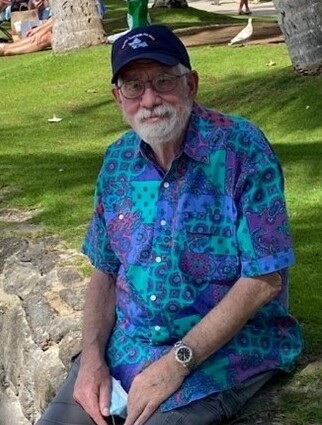 Paul Edward Morris was born July 11, 1943, was entered into the presence of his Savior on 20 February 2022. He passed at the SW Washington Medical Center in Vancouver WA.

Paul was the 3rd of 5 children born to Clarence and Mary (Claxton) Morris in Portland, OR.

He was preceded in death by his father and mother, sister JoAnn, brother Steve whom he missed dearly.

Paul had a variety of careers throughout his life from a Cook-private and military; Civil Servant in the South; Military-both Air Force ( 2 ½ yrs) and Army Reserves (25 yrs) ; Portland Maintenance Bureau; Gideons; Chaplin work at the local jail; Union Gospel Mission and volunteer to Prisoners for Christ Bible Study throughout various prisons in the United States. He took great pride in his service to our county and his work for Christ.

He spent years raising Shih Tzu’s with his wife Marie and was blessed to have enjoyed raising 4 hybrids over the years. 104th Division all the way. The unit mascot.

His greatest pass time was bowling and his bowling buddy’s. He enjoyed spending time with his grandsons in Vancouver and greatly enjoyed playing Chess with them and his son. He also enjoy coming up with ideas for taking care of our animals which could be how to contain them, feed them or improve their holding areas. He spent much of his spare time working on more ways he could serve God.

He will be missed and in our hearts forever.