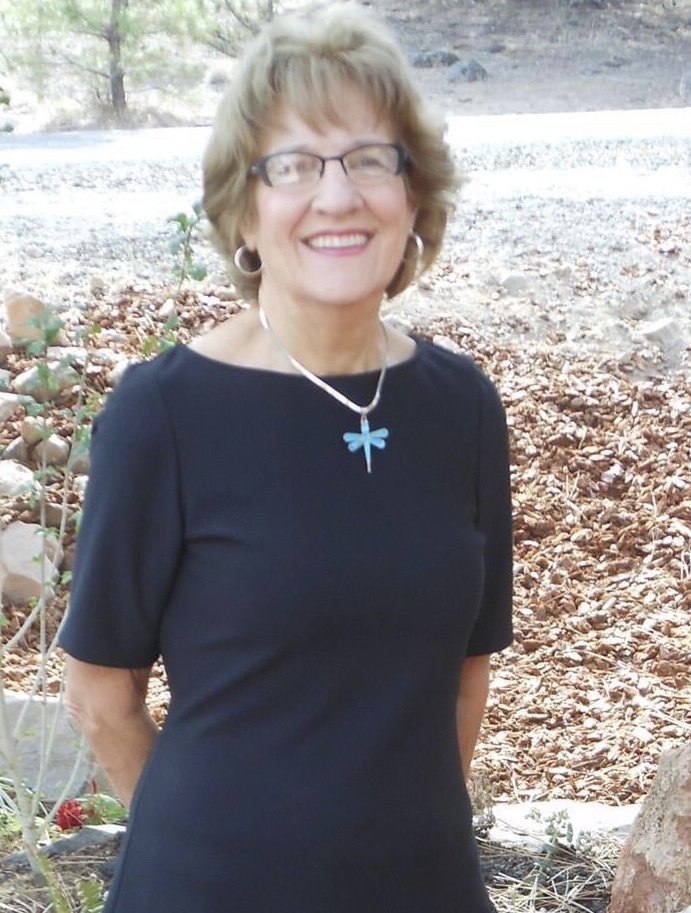 Judith (Judi) Ann Schaffner passed away peacefully the evening of September 1, 2022, at home in Sweet Home, OR with her loving husband Victor Smith by her side. Judi was born in Redwood City, CA, on May 21, 1948, but spent her childhood and teen years on a farm in Tulelake, CA, homesteaded by her parents, Otto and Margaret Schaffner, in 1949. Judi loved riding the family horses and was a 4-H member, raising championship sheep. During high school Judi gained national recognition by becoming Women’s World Champion Siphon Tube setter, at a competition in Cozad, NE.

Judi graduated from Sacred Heart Academy in Klamath Falls, OR in 1966. She stayed connected to school friends and enjoyed her 50th reunion a few years ago.

After graduating from UC Davis with a degree in Art History, she attended the University of Oregon and earned a Master of Library Science degree.

Judi found her way into a career with international freight forwarding as a rate analyst. Her career allowed her to spend time in many parts of the country, starting out in Ft. Wayne, IN. Judi continued her career and life in the Chicago Area, Bay Area, and Weed, CA on Lake Shastina. Judi’s engaging personality and “can do” attitude gained her good friends throughout the world. Judi met annually, for 19 years with special friends, colleagues and mentors, Lois Diehl and Mary Sortal, and the tight knit group became known as “The Spa Girls”.

Later in life Judi relished spending the winters in Yuma, AZ first with her late husband Tom, and then Vic. She had special friendships with neighbors Lila Wood and Shirley and John Atkinson.

Judi and Vic relocated to Sweet Home, OR in 2021 to be closer to family.

Judi was preceded in death by her parents, Otto and Margaret Schaffner and husband Thomas Miner.

Judi is survived by her husband Victor Smith, former husband Merit Smith, two brothers, Paul Schaffner (Kate), Eugene, OR, and David Schaffner (Paula), Arroyo Grande, CA. In addition, she will be missed by her nieces and nephews, and cousins on both the Schaffner and Herb sides of the family. Her labradoodles, Riff and Stevie, were an important part of her family, as well as Vic’s schnauzer Sara.

The family wants to thank Willamette Valley Medical Center and Traditions Health Hospice Care for their assistance. Special thanks to her kind and loving friend, neighbor and nurse, Kelly Anderson for the amazing care Judi received during her last days.

At Judi’s request, there will be no funeral. A celebration of life is being planned for next summer. She was an avid animal lover, and donations in her name may be directed to your local animal shelter, or St. Jude Children’s Research Hospital.