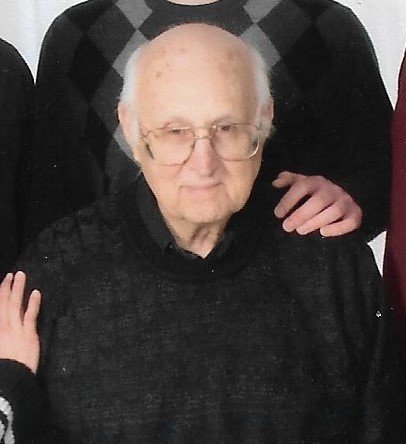 Bob will be cremated under the direction

Contributions can be made to the American

united in Marriage to Mary Janet Gendreau on August 8th, in Fairmont,

where they enjoyed 56 years of marriage, until Janet passed in 2009.

Bob served in the Air Force achieving the rank of Staff Sargent, where

he began his love of weightlifting.  This love continued throughout

his years working at Armco Steel, where he retired in 1983.

Bob’s Passion continued with the opening of Iron Works, where he designed

and built weight lifting equipment, which was enjoyed by many.

Bob and Janet spent many weekends at the Lake of the Ozarks,

where they enjoyed boating, and cruising the beauty

of the Ozarks.  He was preceded in death by his

Parents, his wife Janet and a sister, Adelle.

Survivors include his son Joseph and Cheryl Gendreau,

2 grandsons and his sister Edie.