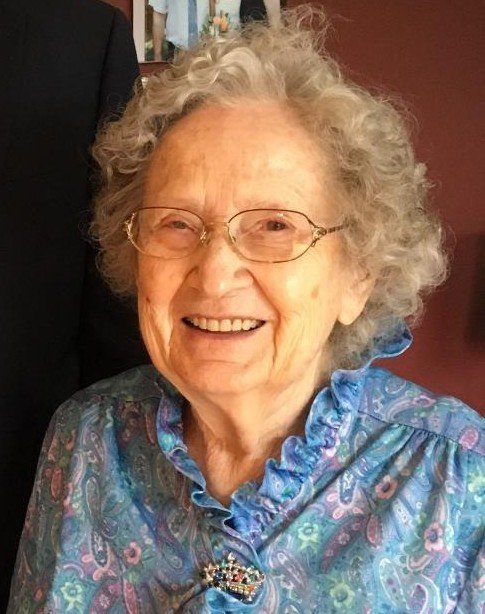 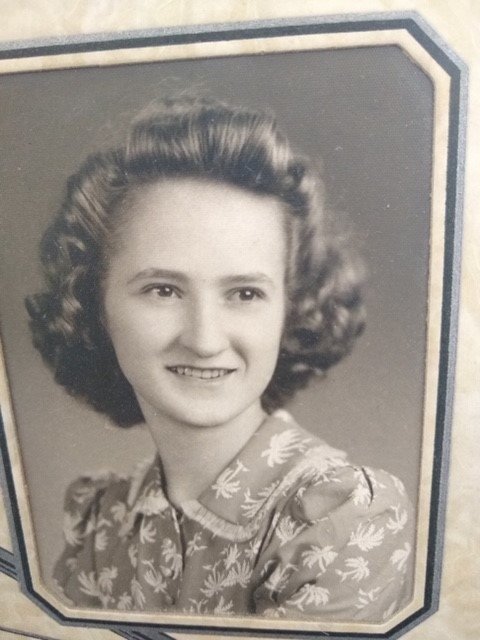 Family, faith and flowering plants were her life. But she also loved watching many sports events on TV, especially her Portland Trailblazers and any team or player connected to a place she had lived or where her children lived. She also loved sewing and crocheting, providing many gifts and mementos to children near and far.

Viola was born in Clayton County, Iowa to William & Letha Sherman Phillips who lived on a farm near Edgewood, Iowa. She died in Portland, Oregon of complications of congestive heart failure after a few days on hospice. She was the 3rd of 5 children born to her parents.

From an early age, education was an important value to Viola, who advanced quickly in school excelling in both math & spelling (which came in handy later in helping her children with schoolwork). During her school years she went to the “Brain Derby” in Iowa City in 1940 in a program that was part of developing the Iowa Test of Basic Skills for high schools. She graduated High School at age 16!

Her family experienced many losses during the Great Depression – she learned to work hard on a farm with gardening, cooking and cleaning skills developed in the 1930s. Her family moved to Colesburg, Iowa in 1941. Part of her last 2 years of high school she took a “normal training” course that qualified her to teach. She was too young at that point to teach, so she attended one year at Iowa State Teachers College in Cedar Falls (now University of Northern Iowa). She taught in rural schools in NE Iowa from 1944-1946.

Viola married a dairy tester, George Nussbaum who was from Ohio, on May 28, 1946 in Hesston, KS where George had attended school. They lived in a small house near Wellman, IA with George continuing dairy testing work until after their daughter, Laura, was born in 1947. By 1949 when son, Harold, was born they had moved to Orrville, Ohio and another daughter, Joletha, was born in 1951. In 1952 they moved to Pueblo, CO where George worked in a Chevrolet garage and later a Texaco gas station with Viola keeping the books for the station. During this time Viola learned to drive so she would not have to take the bus to do her grocery shopping for their growing family! Two more daughters, Karen & Melva, were born there before they moved to Idaho in 1958 where George worked at the Pontiac/Cadillac garage. Their son, Wayne, was born in Twin Falls in 1963 and their family was complete. They were always active church members attending Lynwood Chapel and in later years Filer Mennonite Church where George’s parents attended. Viola did house cleaning, ironing, and babysitting while her children were young to supplement income and later worked the night shift at the Magic Valley Hospital as a Pediatric Nurses’ Aide.

Three of Viola’s children were valedictorians at Twin Falls High School and all 6 of her children graduated from college. She and George had a love for music and worked hard so that all their children could learn piano, singing and other musical instruments.  Many family gatherings involved singing around the piano as Grandma Kate Nussbaum played as well as board games. As their children scattered across the United States, they traveled often to visit family members including Viola’s Iowa extended family.

After George’s death in 1991, Viola sold their Twin Falls home and lived out of a suitcase for several years as she stayed with her children and their spouses as they raised her many grandchildren. She proudly attended many school & sports events and most of their high school, college and graduate school graduations. She found joy in attending the weddings of her grandchildren. She was a big part of the lives of her 17 grandchildren and 23 great grandchildren. Every 5 years from 1991 to 2016 she attended her siblings’ Phillips Family reunion in Estes Park, Colorado. These times together helped the cousins keep in touch and know their more distant relatives. Viola looked forward to all family gatherings big or small! She insisted on photographs of each event, and took attendance mentally, noting who was missing.

Viola’s hands were always busy. She embroidered pictures and dish towels. She crocheted afghans and pieced quilts, both too numerous to count. She made clothes for all her family in the early years and then made costumes and pajamas for her grands. Even in her last days her hands were crocheting!

She “retired” to Oregon in 2004 and joined Portland Mennonite Church where she was active until her death. She still travelled widely for family occasions and returned to bake lots of cookies and many Maple twist breads for the Ten Thousand Villages sale held every October by her church in Idaho. Her traveling days ended in 2016 when her health began failing. She loved the Lord Jesus and enjoyed visiting the churches her children & their families attended. Wherever she was she was up and ready to go to church on Sunday mornings! Hymns and Christian Radio teaching were important to her in her later years as well as studying the Bible and Christian literature. She loved to share her books with others. Her hope was in eternal life in Christ and she is now in heaven.

She was predeceased by her parents, her sister, Ida Belle Rummells, her brothers, Carl and Paul Phillips, and her beloved husband George.

She is survived by her brother and sister-in-law, Herb (Helen) Phillips, her sister-in-law, Eleanor Phillips, and brother-in-law, Phil Rummells (all of Iowa), and her children: Laura (Sam) Oates, Jacksonville, Florida; Harold (Gloria) Nussbaum, Beaverton, OR; Joletha (John) Sturdy, Albuquerque, NM; Karen Nussbaum Perkins, Durango, CO; Melva (Russell) Turner, Fort Worth, TX; and Wayne (Karla) Nussbaum, Happy Valley, OR. Viola was a proud grandmother of 17 grandchildren and great grandmother of 23 living across the U.S. and in Europe. She had pictures of all in her sight on her wall – updating with each new birth, graduation, and wedding!

Special thanks to the staff of Parkview Assisted Living for their loving care in her last years and Kaiser Permanente Hospice.

Memorials: Viola loved flowers, plants and trees, so the family suggests that people plant something where they are in memory of her, or there is an option on the Crown Memorial website to plant a tree in her memory.

Share Your Memory of
Viola
Upload Your Memory View All Memories
Be the first to upload a memory!
Share A Memory
Send Flowers