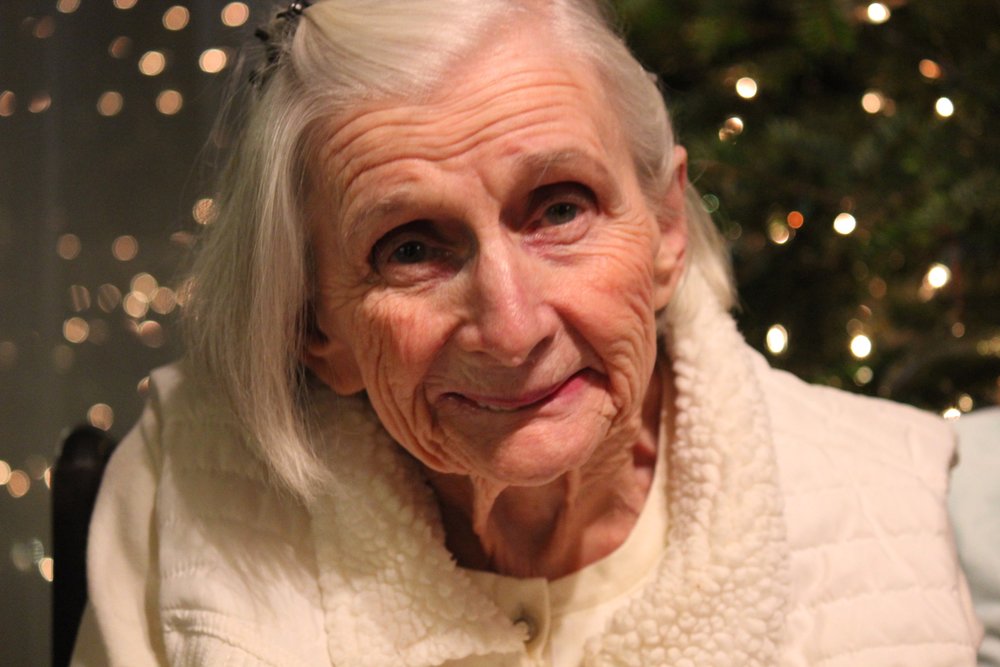 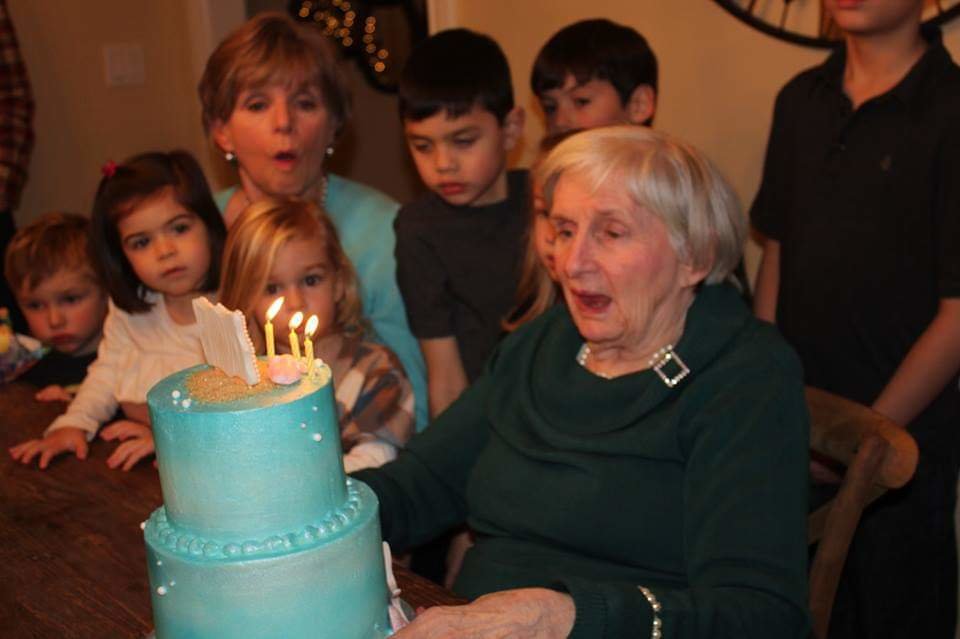 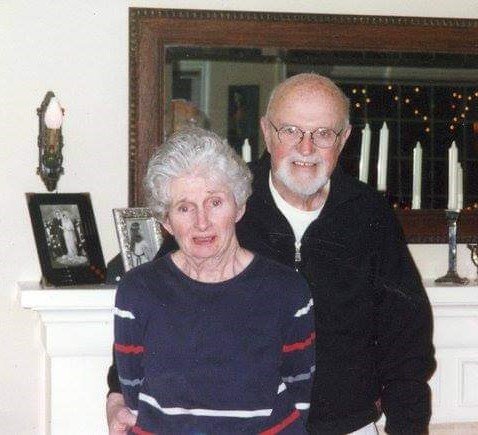 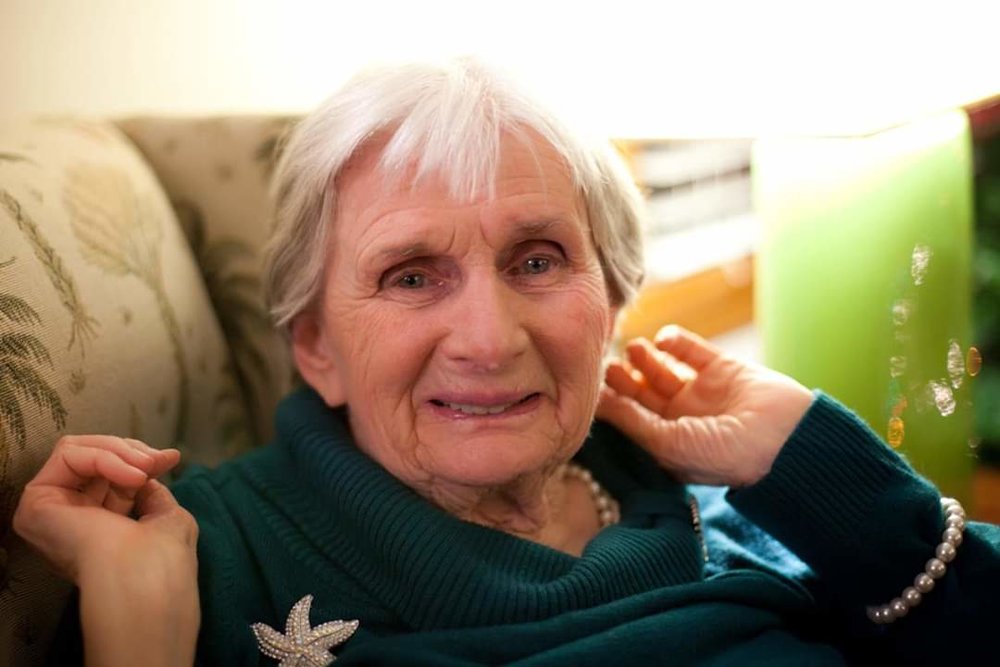 Joann Cahill was born on December 13, 1925 to Ed and Lilly Walsh in Sioux City, Iowa.  She had three brothers and three sisters and grew up in South Dakota.  When Joann was 13, the family moved to Centralia, Washington to escape the Dust Bowl of the 1930s.  She later graduated from Centralia High School.

Joann met Don Cahill at the popular Woody’s Nook Dance Hall north of Centralia and were later married in 1947. Their union lasted 61 years. They moved to Portland after marrying and Joann was a homemaker, but also worked outside the home as a switch board operator and a florist. Joann and Don were blessed with four children:  Mike, Pat, Dony and Jan.

Family was everything to Joann.  She was a devoted, loving mom, but had a wooden paddle if the boys needed a reminder of who was in charge.  She spent hours contributing to family newsletters that kept the Walsh family informed and connected.  Holidays always meant one thing to the Portland Cahill clan… getting up early and packing up the car for a visit to her relatives in Centralia and Don’s family in Olympia.

Joann was a devout Catholic and the St. Rose of Lima parish in NE Portland was the center of her life.  She was a member of the Altar Society, made flower arrangements for Sunday masses, made rosaries for the missions, and prayed the rosary daily.  She was committed to her faith and made sure it was central to her family.  She would have her kids kneel around the living room table and say the rosary at night. The children all attended St. Rose grade school and Catholic high schools.

The importance of love and faith she instilled in her children would be needed in 1974 when Joann, at the age of 48, became ill with flu-like symptoms.  She was hospitalized and diagnosed with viral encephalitis.  She developed a high fever leading to brain damage. Joann survived the disease but was left with severe memory loss.  Despite the crippling loss, she still remembered her husband and her four kids and found a way to love them in her own way.  Don, lovingly and unconditionally, cared for his wife until his passing in 2008.

Joann was a grandmother to 13 grandchildren and 25 great-grandchildren. Although none of her grandkids knew their grandma before her illness, she was still their grandma.  Her grandkids have fond memories of spending time with her in Arch Cape at her beach house.  She went to ball games, recitals and birthday parties.  She was in everyone’s family photos and always at Grandpa’s side, smiling for the camera.  She was loved.  Just the way she was.

Joann received quality and compassionate care from numerous caregivers after her husband’s passing.  She was treated like family by Mt. Scott and Parkside Adult Care Homes.  Joann’s last two years were spent at Reliance Adult Care Home.  George, Myrna, Arleta and Owen treated Grandma Joann like a “princess” and our family cannot thank them enough for the care they provided, especially in her final days.

Joann passed away and was reunited with her beloved husband Don on July 5, 2020 at the age of 94.  She is survived by her four children, Mike Cahill, Pat George, Dony Cahill and Jan Phillips; her sons-in-law Bill George and Lance Phillips; her daughters-in-law Linda Cahill and Susan Cahill; her 13 grandchildren and 25 great-grandchildren.  She was preceded in death by her three brothers and three sisters.

Due to the current Covid-19 restrictions, the family will have a private funeral service at St. John the Baptist in Milwaukie, OR and a private burial at Willamette National Cemetery on July 14, 2020. The live stream link for the funeral mass can be found on the parish website at www.sjbcatholicchurch.org at 11:00am on Tuesday, July 14th. On the main page, click on the link to either Facebook or YouTube to join.

Donations may be made in Joann’s name to Reliance Adult Care Homes 11737 SE Market Drive, Clackamas, OR 97015.

Share Your Memory of
Joann
Upload Your Memory View All Memories
Be the first to upload a memory!