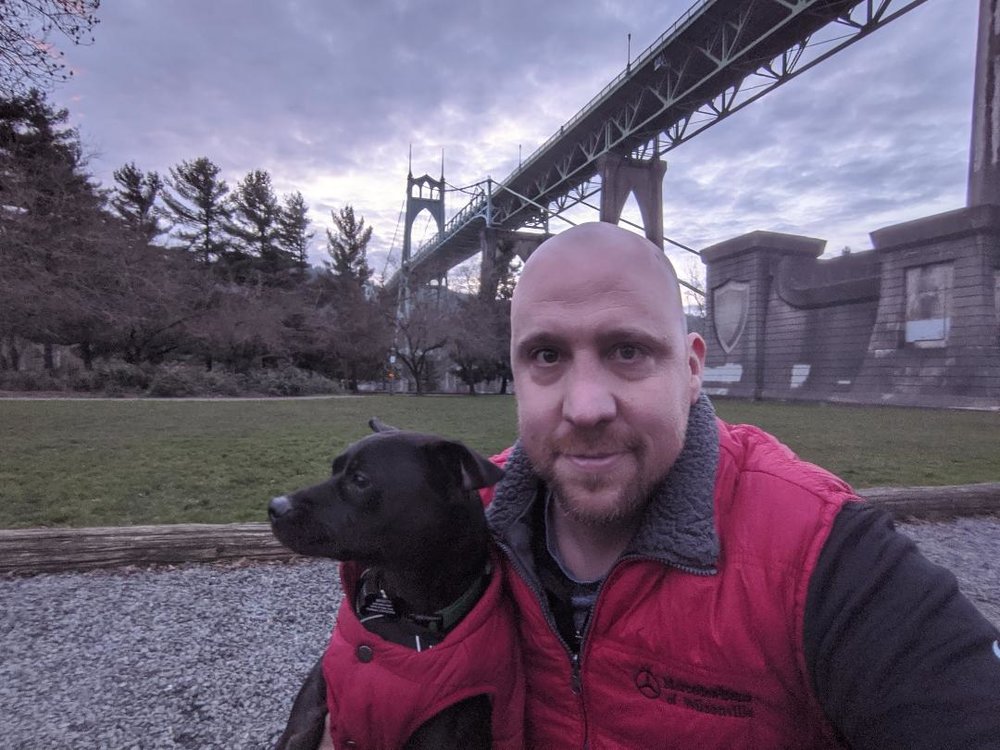 Our beloved son Robert  MacKay died unexpectedly  Friday, October 16, after having a seizure.  He died alone in his apartment, guarded by his loyal dog Marty, until his father discovered him later that day.  The last few years of his life had been beset by alcohol and depression,  and although he fought valiantly they overcame him at last.   He didn’t choose to die, but his body just gave out.

Robert grew up on Mt. Tabor, went to high school at Lincoln and to college at University of Oregon, where he earned a BA in Journalism.  He was an enthusiastic member of Delta Sigma Phi fraternity.  After working in advertising for a couple of years he decided to go to law school.  He received many acceptances after scoring extremely well on the LSAT, and chose to attend Duke.  After graduating from Duke he had several jobs but found that he was not really suited to be a lawyer.  He later found joy in driving for Uber and Lyfft, which enabled him to set his own hours  and to learn much about life all over the city of Portland from all kinds of interesting passengers.  He also found much to entertain him by buying electronics at Goodwill and repairing them and selling them.  Had he been born 100 years ago he would have been a very successful tinker.

He had more hobbies which he participated in during his good times.  He was an excellent bowler who had honed his skills with his brother Andrew,a Special Olympics athlete; a creative user of his 3D printer, an avid reader; a lover of video games and “Game of Thrones”; a good athlete, and an even better friend.  He was a much loved uncle to his niece Maddie MacKay and his nephews Henry MacKay, Raja Helou, Luca Helou, and Ryan Helou.  He had a dry wit and a kind heart.

He cared deeply about those he loved, and we cared even more about him, even as he tried to fight his depression alone.  We are devastated with grief, but we know that Robert is finally free from care.  He will be missed by his mother and father, Betsy and Jim MacKay, his brother Andrew, his sister Sarah MacKay Helou and her husband , Tarek, and his brother John MacKay and his wife, Kim, not to mention the aforementioned Maddie, Henry, Raja, Luca and Ryan.  And he will also be missed by his many friends, who loved him for the person he was.