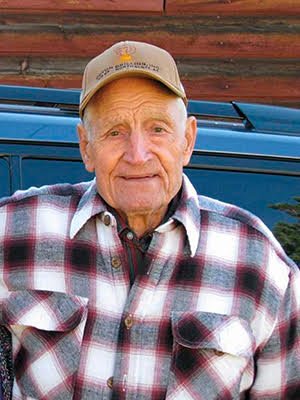 Bob’s true gift was being a real life cowboy and cattleman who always put “his back country ways to work”. Bob was often called by local ranchers and veterinarians for his hands-on experience and skills in master livestock husbandry for assistance to save prize breeding stock.

Bob was competitive Team Roper (heeler) who enjoyed the competition and loved his quarter horses. In Bob’s early life he competed around the US in professional rodeos as a Bull Rider and a Saddle Bronc rider who at times traveled between events on his Indian Chief motorcycle. He found time later in life to be a Bee keeper and spent time in his wood shop crafting beautiful wood tables, shelves, bird houses, garden wishing wells and one of a kind jewelry boxes.

Bob loved the deserts of Arizona where he met and married Patricia, but made his home in Oregon in the mid 1970’s. He enjoyed the solitude of Eastern Oregon, the great outdoors with his family hunting for Elk/deer, camping and fishing on the Snake river and numerous other beautiful lakes of Oregon. Deep sea fishing for salmon, lingcod on the Pacific Ocean, camping/crabbing in the bay of Barview jetty in Garibaldi, Oregon. He loved being self-sufficient growing his gardens and helping his wife Patricia with canning the fruit and garden bounty. On days when he could not be outside in nature he enjoyed watching TV, Pro Rodeo, outdoor sporting and fishing shows and Soccer games. In the evenings after dinner Bob and Pat would watch Jeopardy and the Wheel of Fortune, so the family always tried to never call during this time.

Bob will be remembered as a hardworking man who wore many hats to support his family: loving husband, father, grandfather, great grandfather, and most of all a friend. Bob was loved by many. Our loss is great, but by having this loving, kind, generous, and very opinionated man in our lives we are all better people today.
The world has lost a hardworking, simple, but great man!

Share Your Memory of
Bobby
Upload Your Memory View All Memories
Be the first to upload a memory!
Share A Memory
Send Flowers