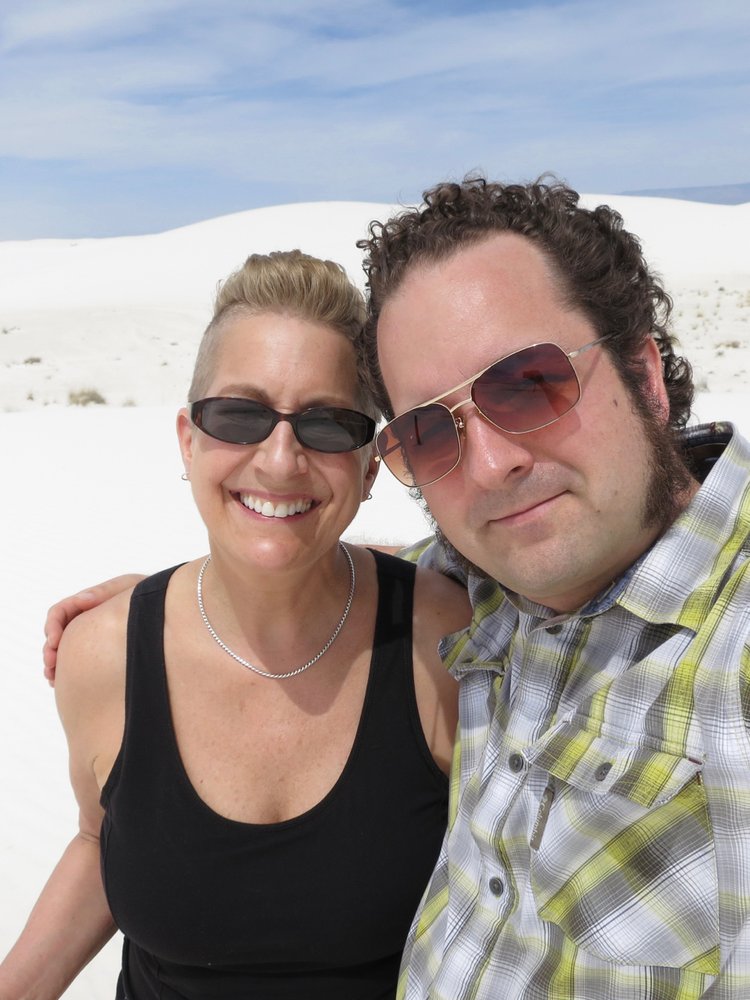 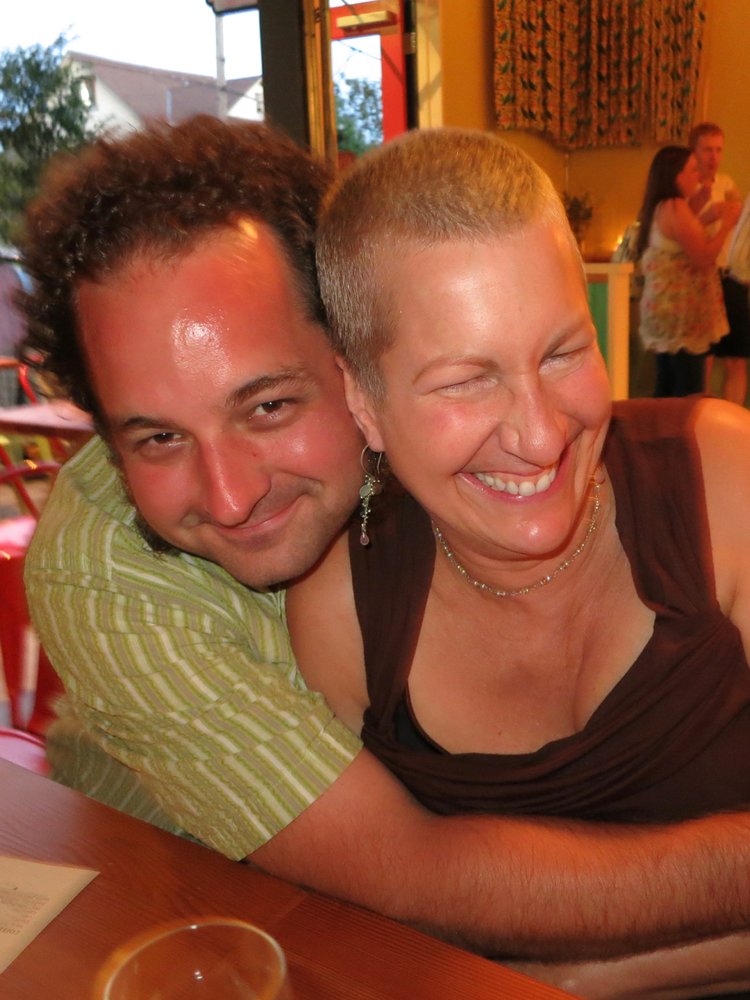 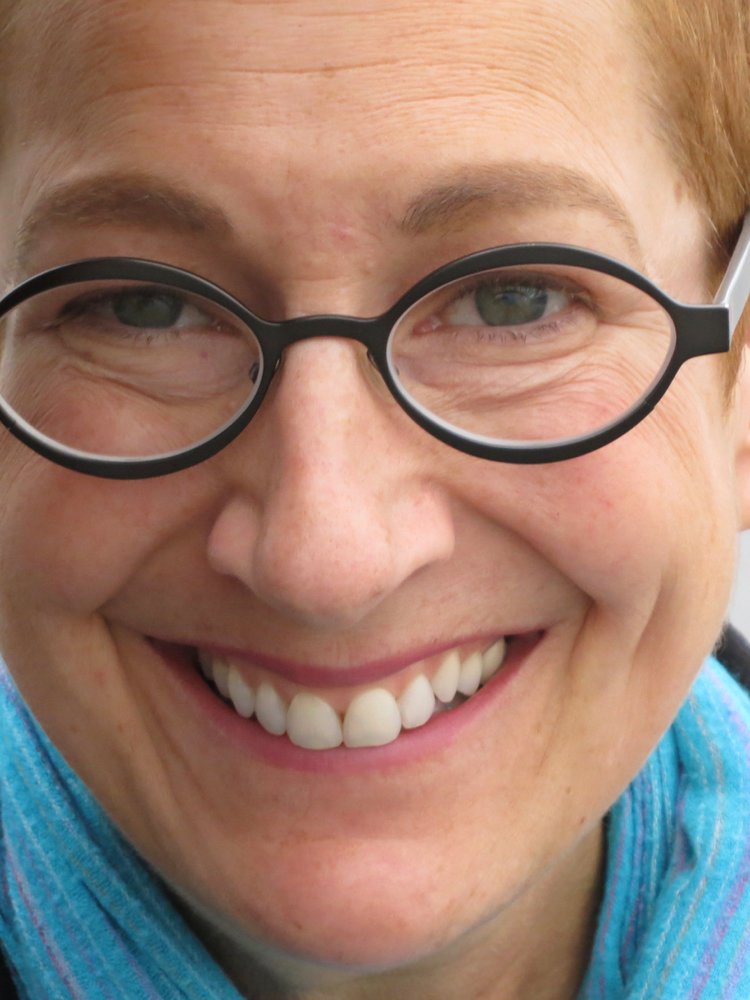 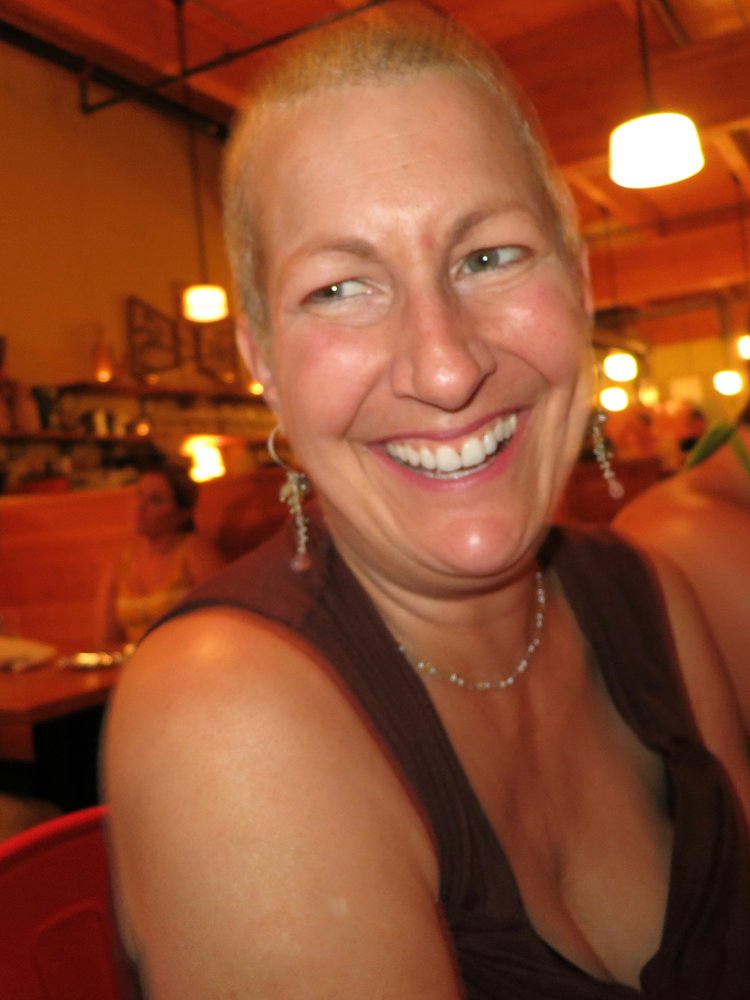 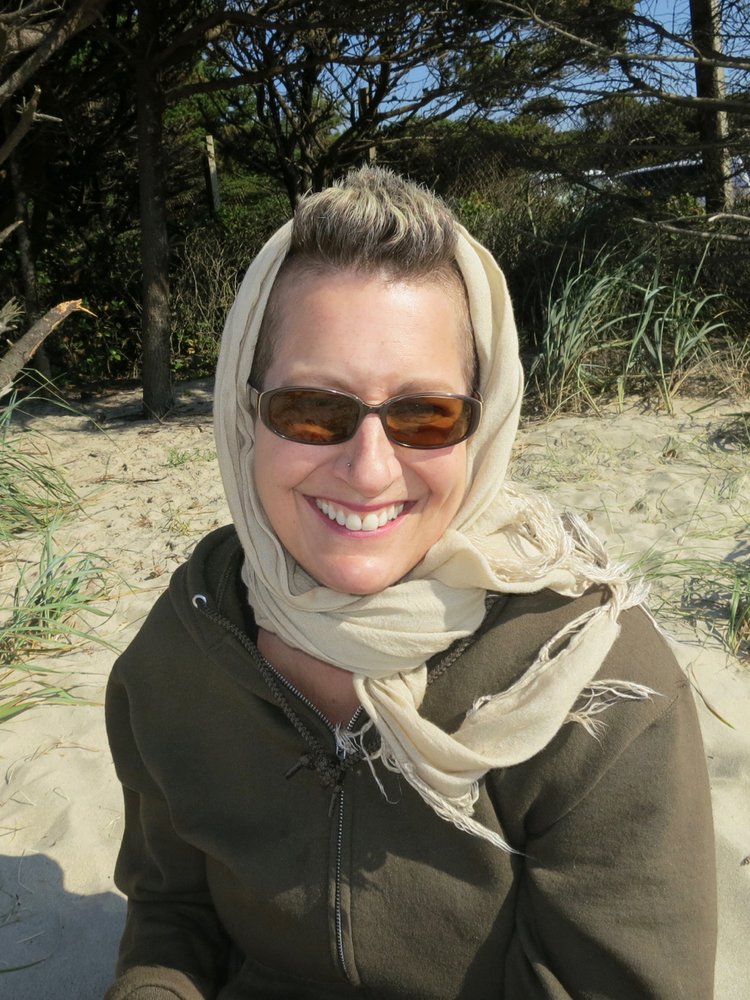 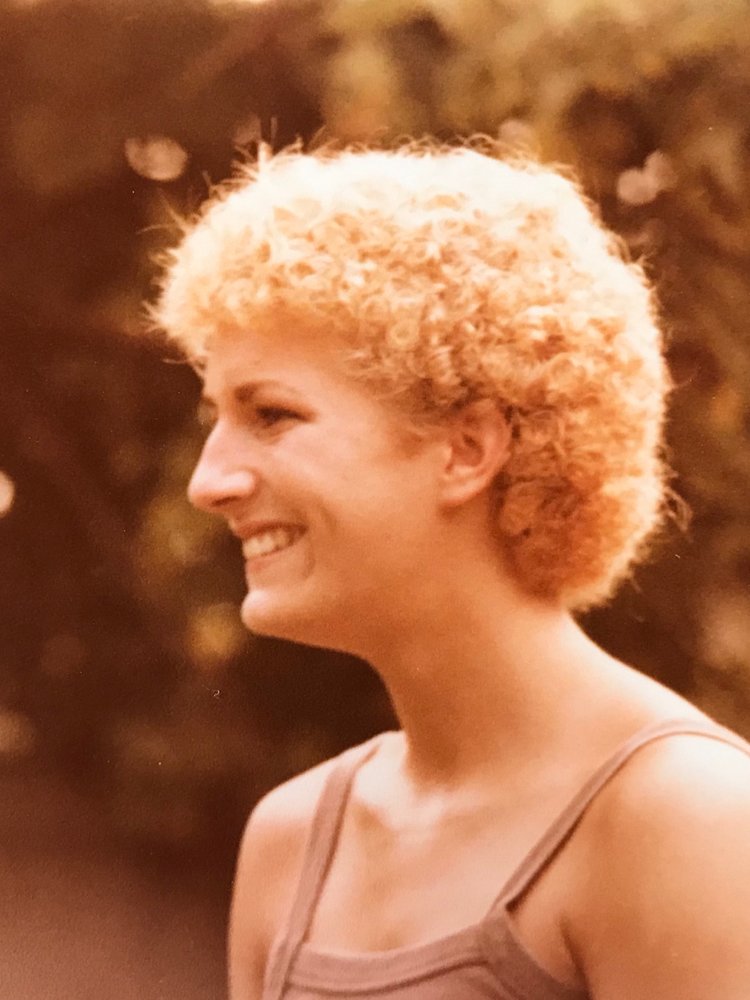 Anne Meredith Coleman, soulmate and wife to Aaron Nelson, beloved sister of Linda, Todd and
Suzanne, and dear friend to many more, has died.

Born in Cleveland, Ohio in 1960, Anne was the third of four children in a liberal family
whose approach to child rearing could be called laissez faire. She and her siblings had a lot of
freedom. She spent her first years with her siblings on country-kid adventures, literally mucking
about in rivers and tramping through woods. When the Colemans moved from the country to a
small northeastern Ohio town, they traded the woods for streets that were perfect for bike-riding,
in the kind of neighborhood with convenience stores stocked with candy, which little Anne
loved. It was an idyllic time, now hardly imaginable. A new school brought new friends, and
Anne was always surrounded by them. They rode bikes, swam in the local pool, and just lounged
in each others' backyards hanging out, as it was called back in the day.

Even as a child, Anne showed her soft side. After a house fire next door frightened younger
sister Suzy and prevented her from sleeping comfortably in her own room, she would creep into
Anne’s room with a pillow and blanket, where Anne would comfort her with music and soft talk
until they both fell asleep.

As Anne grew, her friendliness and an early job bartending at a local popular spot foreshadowed
what became a lifelong career in service and hospitality. Anne went on to work for some of the
trendiest eateries and up-and-coming cafés in the newly reviving City on the Lake that Cleveland
was becoming. Her friendly, sociable personality ensured that anyone who went out on the town
with her would stop dozens of times to greet friends, customers, and other acquaintances.

In early 2000, her older sister Linda enticed Anne to make a change and move across the country
to Olympia, Washington. She did so – leaving behind her old life as well as her brother Todd and
her younger sister, Suzy. While Todd rolled with the change, Suzy felt like she was losing her
fearless, trend-busting, free spirit, idol, Anne. She eventually came around after realizing that the
PNW was a great place to visit.

It was also a great place for Anne, who discovered an opportunity to reinvent herself there.
While she quickly found work in the hospitality world, she wanted something more. She wasn’t
sure what, but while accompanying a friend on a tour of Evergreen State College, she
experienced what she recalled as a divine intervention. Her friend did not end up attending, but
Anne knew, the moment she finished the tour, that she would be going to college — something
she never believed she would do. She graduated with a BA in her mid-forties. It was during this
time that Anne met not only the folks who became some of her closest friends, but her husband,
Aaron.

Anne and Aaron spent a lot of time together as friends before they realized they were meant to be
together. They spent many more years together before they decided to marry. They, along with
many of their friends, migrated from Olympia to Portland, Oregon. Anne found employment
with New Seasons Grocery where she would spend the rest of her working life. After several
years of the boho/housemate lifestyle, Anne and Aaron began searching for a home to make their
own. They found a plain white ranch house in an up-and-coming area and transformed it into a
lush inviting home. Filled with music, books, and art, it was the perfect setting for their very
social lives. A lifetime in the hospitality and service industries taught Anne how to be the perfect
host — a little too perfect at times, especially if you crowded her in the kitchen. From their
annual Bourbon BBQ to their Halloween parties to regular Sunday dinners with friends, Annie
was a dedicated hostess .

Very thoughtful of other people’ feelings, well-being, and experience, Anne was also
generous towards those she loved, whether with money, advice, time, or affection. Her
generosity came in many forms. If you wanted herbs or tomatoes, you were welcome to feast
from their front yard garden. If you wanted to soak in their hot tub, just peel off your clothes and
hop in. No need to ask. She always had all kinds of treats and beverages for you when you
arrived. She knew what you liked because she paid attention and she saw you. When one friend’s
father died during the pandemic, her sympathy card said just that: “We see you.”

Gifted with an incredible aesthetic sensibility, she loved art, and she decorated their
house with paintings and sculpture from artists she knew and artists she found. She was a
talented artist herself, though she let few folks see that side of herself.

Her unlimited love of music meant her house was never quiet, unless quiet was the mood
she set. From Todd Rundgren to Ween to Orville Peck, Anne’s expansive taste reflected her own
complexity, her curiosity, worldliness, and openness to people of all stripes. It’s why she and
Aaron had legendarily long playlists tailored to every occasion. She was proof that you never
outgrow the good things in life if you don’t let yourself.

Everyone who knew her knew her sharp wit, and great, weird sense of humor. Anne was
funny. Not a little humorous. Not full of jokes. She was equipped with the kind of quick original
mind that kept you on your toes and that you envied. In Aaron Nelson, she found her true match.
She and Aaron were in sync, from their love of music to the way they appreciated each other’s
uniqueness to their mutual enjoyment of the Northwest’s brief, glorious summers. Day trips and
camping excursions to her and Aaron’s favorite spots, from the Salmon River to the Oregon
Coast were a favorite way to spend weekends. But she wasn’t the classic outdoors person. You
wouldn’t find her wrapped up in #VanLife or road tripping for weeks. She liked spending time in
beautiful places, but she liked to be comfortable there, just as she loved spending quiet time
drinking coffee at home, reading with Aaron on the couch, and spending nights curled up
watching witty, endearing, or warped shows like Better Things and Archer .

Anne was deeply kind. When her parents could no longer live on their own at their home in New
Mexico, she found them suitable housing. After she helped them make their final cross-country
move to their new Oregon home, she and Aaron cared for them through to the ends of their lives.
Daily visits always included their favorite treats and libations. When health problems threatened
their living situation, Anne spent hours advocating on their behalf. Anne’s care ensured that
neither parent was subject to the indignities of a hospital or nursing home.

She was just as caring with her friends. If you had a problem, she listened. She was wise. Even
when she was wrong, she cared enough to genuinely try to help. She might even give you a book
that had helped her – not just the title, but a copy of the book she ordered just for you. Richard
Powers’ novel Overstory and Carl Alasko’s Emotional Bullshit sit on many friends’ bookshelves.
(“ Emotional Bullshit helped me,” she said with a wink. “I couldn’t stand to be wrong.”) Though
tolerant, thoughtful, empathetic, Anne wasn’t always patient. Don’t take her parking spot outside
her house. And don’t use her favorite white mug at home. To her, you need one sponge to clean
dishes and a washcloth to clean the counter, okay? New Seasons customers who dumped their
cherry pits or dirty sample containers on some random store shelf could expect to meet her
generosity’s limits. If you were shopping, you definitely did not let her see you wiggle an
avocado from the bottom of the pyramid she’d just meticulously built. “It’s the same avocados as
the ones on top,” she might tell you. Under her breath she might mutter something else. During
recent years, she grew more forgiving of thoughtless, self-entitled customers, because in her
customers, she came to see humanity. She was forever on a quest to cultivate patience. Those
who knew her, knew she was succeeding.

Anne traveled frequently through the PNW – though not across the Atlantic or Pacific as
she wanted. She never made it to Europe the way she’d planned to last summer. Cancer
grounded her flight to Spain. Fortunately, she and friends were lucky enough to take one last trip:
to a sunny swim party at a cabin on Wallowa Lake. She swam, hiked, sunned herself on their
own personal dock, and floated in inner tubes with ice cold drinks. She was in her element. Her
friends will always be grateful. Anyone who knew her at all knows they are lucky. She didn’t
just host the party; she was the party.

Anne’s spirit ensured her eternal youth. To her, work was what you did to get by. Friends
and family were what gave life meaning. And her love of her friends’ children, including her
favorite music-loving 3-year-old Vivian, who she shared many new, exciting songs with, both
embodied that youthful spirit and ensured she will live on. Anne faced death the way she
embraced life: head on. With her chin up, she spoke openly about mortality, because she was
proud, but not too proud to discuss it or accept a nice long hug. She said it herself: She lived a
great life and regretted very little. “Eat the whole cookie,” she told one friend toward the end of
her life. “Not half. Eat it all.”

Share Your Memory of
Anne
Upload Your Memory View All Memories
Be the first to upload a memory!
Share A Memory
Plant a Tree