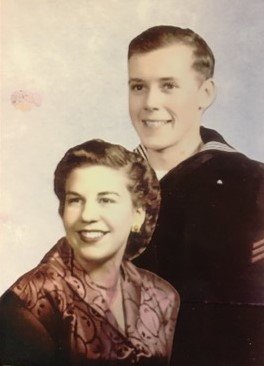 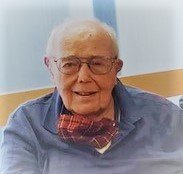 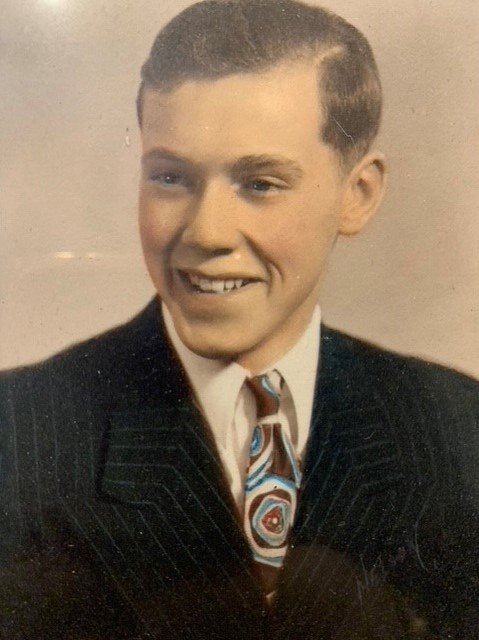 With great sorrow we share that Walter Rupp - known to all as Harvey - died peacefully at Willamette View Retirement Community on December 31st, 2020 from kidney failure. He was 90 years old.

Harvey was born in Cheney, Washington, the fourth child and only son of Walter Emil and Henrietta Riggins Rupp. He was raised on the family homestead. While attending Cheney High School he met Nelda Skow, the close friend of his high school girlfriend. On graduation he left the family farm to join the United States Navy. Harvey served as a Machinist Mate on the U.S.S. Hollister during the Korean War. He participated in the 1950 Battle of Inchon. While in the service he began corresponding with Nelda. They became engaged shortly before her graduation from high school.

While on leave in San Diego in 1951, he and Nelda were married. They lived in Southern California for the duration of his enlistment and returned to Eastern Washington shortly after. Their family grew with the births of their children David and Phyllis. They enjoyed socializing with their dear friends the Schmidts and the Hams.

Harvey and Nelda moved their family from Cheney and settled in Milwaukie, Oregon. Harvey took a job as a long-haul truck driver and Nelda taught elementary school. They made their life together in Milwaukie, raising first their children and then their grandchildren, Tuesday and Corinne. They were long-time members of Beautiful Savior Lutheran Church.

Harvey loved taking care of his home and gardening, and was well-known for his roses and vegetables. Every summer his vegetable patch overflowed with corn, zucchini, cucumbers and tomatoes, which he generously supplied to friends and family. Recalling his youth on the family homestead, Harvey insisted on picking 200# of Clingfree Elberta peaches every summer for canning at home with Nelda, along with the rest of the tomatoes from the garden and a few green beans.

They enjoyed driving trips on the Columbia River Highway and regular visits to Lincoln City and the Oregon coast. After his retirement from the Teamsters Union in 1987, he and Nelda began to travel. They visited Canada and Europe, and spent two weeks in Hong Kong, a trip that he would remember fondly for the many decades to follow. His love of travel extended to Africa, where he and his daughter Phyllis went on safari in Botswana, bringing back more happy memories.

When a fall fractured his hip just before Thanksgiving 2017, he and Nelda moved from their beloved home of 45 years to Willamette View Retirement Community. There he became a regular fixture at the social functions offered by the community.

While his life was quiet, he was a constant presence wherever he went. During their time as members of BSLC, Harvey volunteered to maintain the church grounds and could be found pulling weeds or laying mulch from spring to fall. He loved his family, a love that was evident to the other residents at Willamette View. One of his joys in his last years was feeding cracked corn to the resident ducks, a pleasure he would share with his grandchildren and great grandchildren when they visited. He knew and was admired by staff and residents alike, and found a real second home at Willamette View.

Harvey is predeceased by his parents, his sisters Eleanor Kiner and Betty Labish. He is survived by Nelda, his wife of 69 years, his sister Dorothy Burkhardt, his son David and daughter-in-law Marylou, his daughter Phyllis Shore and son-in-law Donald, granddaughters Tuesday (and Tony Lorenzen) and Corinne (and Donald Allgeier), and great-granddaughters Satie, Odile, and Penelope, as well as nieces, nephews, and friends made during a lifetime.

A private interment was held at Willamette National Cemetery, with a public memorial to be held at a future date.

In lieu of flowers, donations can be made to the Blue Heron Foundation at Willamette View Retirement Community.

Share Your Memory of
Walter
Upload Your Memory View All Memories
Be the first to upload a memory!
Share A Memory
Plant a Tree