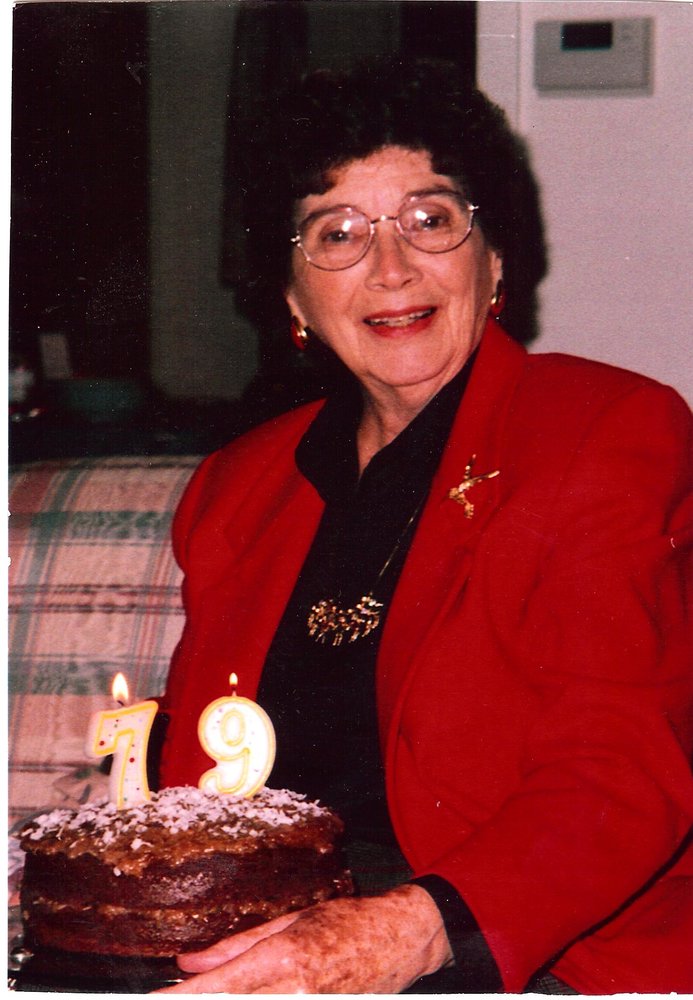 Peterson, Mary Whitney, age 99, passed peacefully, and went to be with the Lord, on Saturday, Dec

19, 2020. Currently of Tualatin, OR, and living with daughter Sigrid, Mary was born & raised in Calistoga. A 3rd generation Californian and 3rd generation Calistogan, she was born Mary Irma Whitney on  January 16, 1921, in a little brown house on Lincoln Avenue, and lived from age 8 through High School,  on a ranch in Knights Valley, outside Calistoga.

Mary was 8 years old when the Great Depression started, and it was simple surroundings and hard work

that probably led to her success as a wife &amp; mother who lived to be just 3 weeks shy of her 100th

birthday. In conveying her “Life Story” to granddaughter Whitney, some 20 years ago, she spoke fondly

of working on the ranch with cousins, swimming in the creek on hot days, and time spent as a “Calistoga

Wildcat,” where she played sports and the French Horn in the school marching band.

As Lawrence was the love of her life, Mary never remarried, but shortly after his passing, returned to

At the time of their meeting, during WWII, Lawrence & Mary both worked at Mare Island Naval

Shipyard. He was an Electrical Engineer/Naval Officer in charge of the Electrical Shop that

Administrative office of the shop, and was also a volunteer in the “Airplane Watch” program, on look-

out for incoming enemy aircraft. They married in 1947, and are now survived by daughter Sigrid Staton

with 9 great grandchildren, ranging in age from 2 to 8 years.

Mary was active for years in the American Fuchsia Society, Native Daughters of the Golden West (60+

years), Sharpsteen Museum, and the Garden Club of Calistoga. She enjoyed growing all plants, but took

greatest delight in her yard of over 200 hanging terra cotta pots of fuchsias, and giving talks to her club

Daffodil Tea, and at the museum to help preserve the history &amp; heritage of Calistoga and the Napa

Valley. Mary also expressed love for and pride in her Mother &amp; 3 brothers, and the impact they made on the Whitney/Brown/Butler families, and the Calistoga community.

Also in her life account to her granddaughter, Mary said “I love all of my grandchildren and family very

much; they are the joy in my life. Looking back on my family I am proud of my heritage and also of my

Mary spent her final 8 years at the home of daughter Sigrid, where she was able to enjoy 2 ½ acres in

community of birds and squirrels.

mother’s affairs and well-being over many years. Thanks also go to Legacy Hospice for their

There will be no services, due to current health concerns in Oregon and California. Mary’s ashes will be

laid to rest in the spring, alongside her mother and grandmother, Lillie Butler Brown, at St. Helena

In lieu of flowers, the family requests any donations be made in memory of Mary Whitney Peterson, to