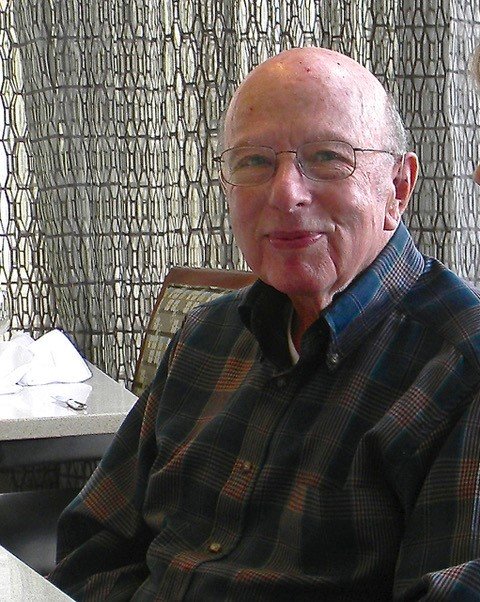 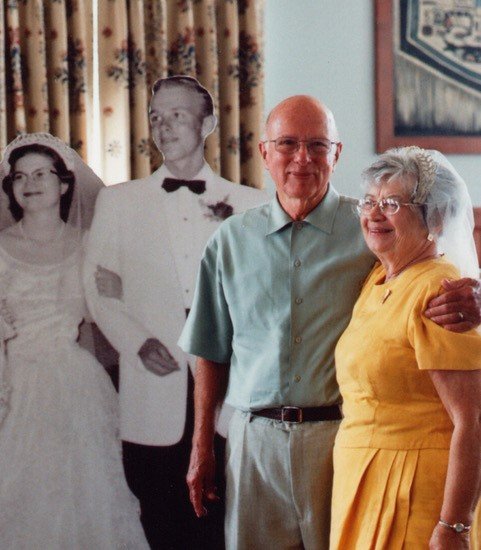 Richard (Dick) Lee Lukins left behind his earthly body to move on to new adventures on February 25th, 2021 with his wife and eldest daughter by his side in Portland, OR. He was 88.

Dick was born on September 28, 1932 to Ethel (Largent) and Levi (Lee) Lukins in Colfax, WA. He joined older sisters Frances and Donna.

He and his future wife Dorothy (Dot) Dasch both grew up in Colfax. She invited him to her Rainbow Dance in eighth grade, they dated in high school and were married on August 22nd, 1954. They enjoyed a long and loving marriage.

Dick graduated in 1956 with a degree in Pharmacy from WSC (now WSU) while Dot became a teacher. They moved to Yakima, WA where he managed Joe Burn’s Pharmacy. They welcomed their first child, Laura, in 1957 followed by Phil in 1959 and Jane in 1963. He liked to tell his children, and repeated it often as he got older, that meeting each of them for the first time were some of the happiest moments of his life. Dick was a kind and adventurous man who enjoyed the outdoors. While in Yakima, he found a love for hiking and climbing. He, his friend Bill Butt, and other friends climbed Mt. Rainier, Mt. St Helens and Mt. Adams, taught rock climbing and participated in mountain rescue efforts. He took the family on many backpacking and hiking trips in the Cascades, taught his kids how to glissade down a mountain slope, and joined the REI Co-op back when it was just climbing and backpacking supplies in a Seattle warehouse.

The family moved from Yakima, WA to Corvallis, OR in 1972, where Dick managed the Bi-Mart pharmacy for many years. While there he added hang gliding, biking and kayaking to his spare time activities.

In 1984, he and Dot moved to a houseboat near Sauvie Island and then to Beaverton, OR where he worked at the AARP Mail Order Pharmacy until his retirement in 1995.

After he retired, he volunteered doing trail building and maintenance on the Pacific Crest Trail, in the Columbia River Gorge and at the Hoyt Arboretum. He loved the work and camaraderie with the other volunteers. He also led hikes for a Lake Oswego hiking group. When health challenges and age started to slow him down, he and Dot moved to Mirabella Portland in 2011 where he made many friends.

He loved being a father and enjoyed time with his grandchildren as they came along. He kept a photo of himself with the four of them as children by his sink in the bathroom until he died. He was delighted to become a great-grandfather eight days before his death when Jack and Lano welcomed their first child, Julian.

We will always remember him for his enthusiasm, his love, many wonderful family outings and his fondness for dessert. His trail building work will help later generations enjoy the wilderness as he did.

He was predeceased by his parents, sister Frances, brothers-in-law Mel and John, niece Becky and nephew Alan. He is survived by his wife of 67 years, Dorothy, children Laura Pritchard (Jeff), Phil Lukins (Karin) and Jayne Hill (Achim). His grandchildren are Michael Lukins (Jordan), Jack Dash (Lano), Justin Hill and Jennifer Hill. He is also survived by his sister, Donna Camp, of Colfax, WA and many nieces and nephews.

Please visit the guestbook portion of this page to share a special memory or message. Thank you.