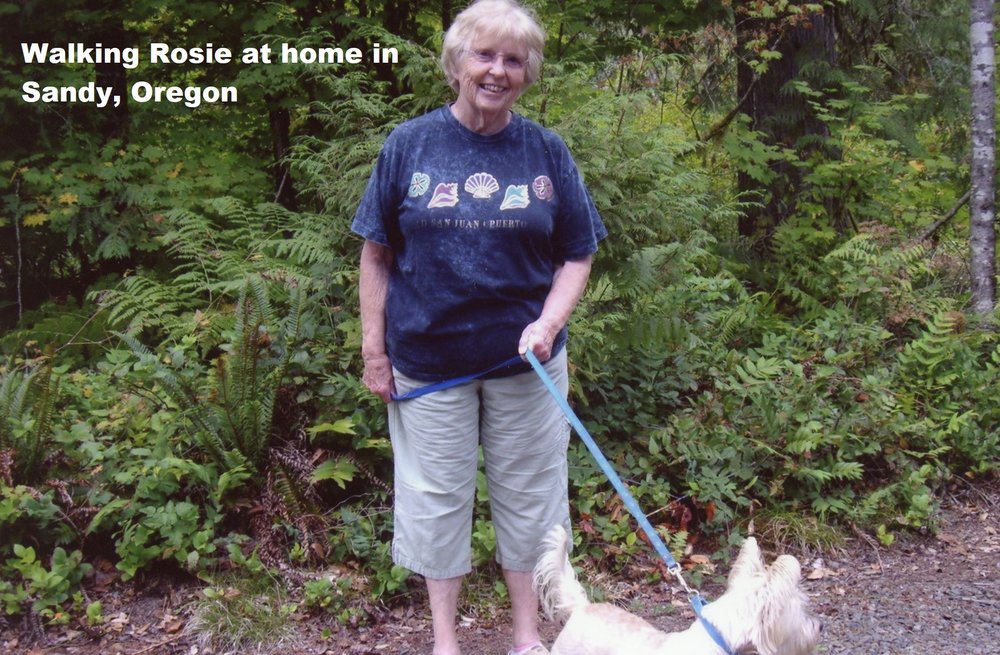 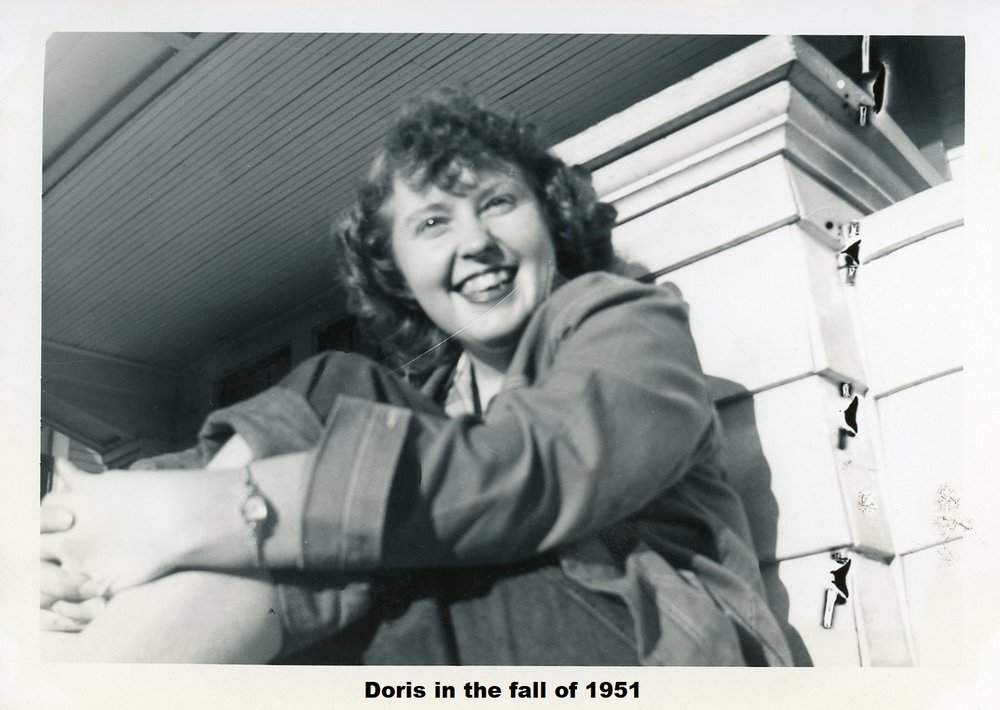 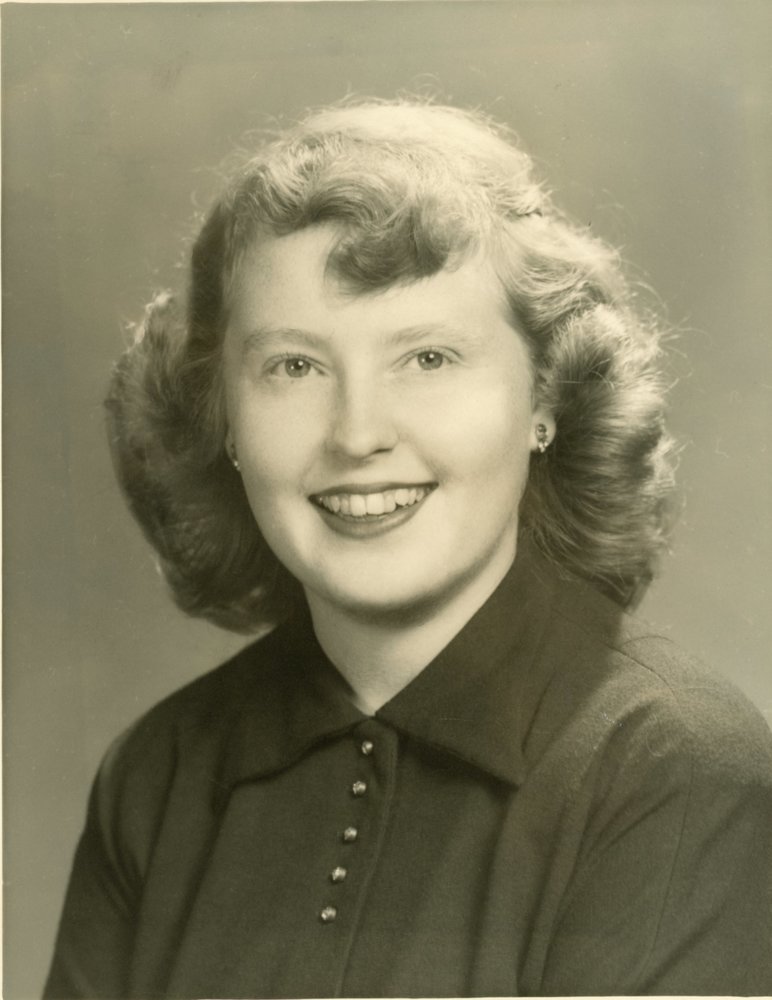 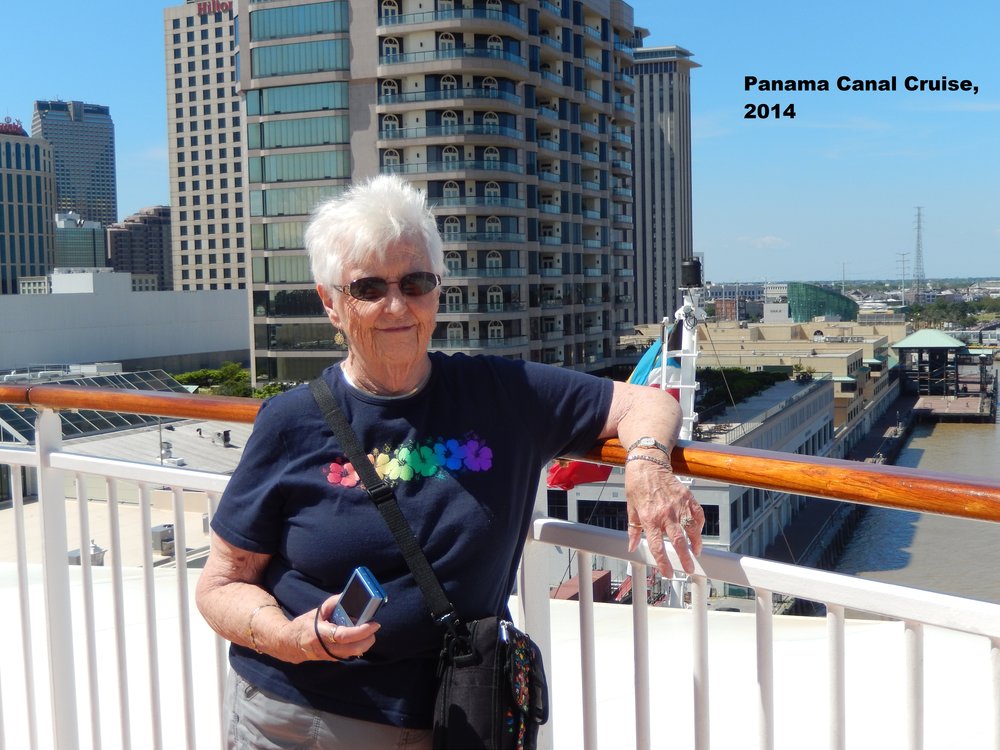 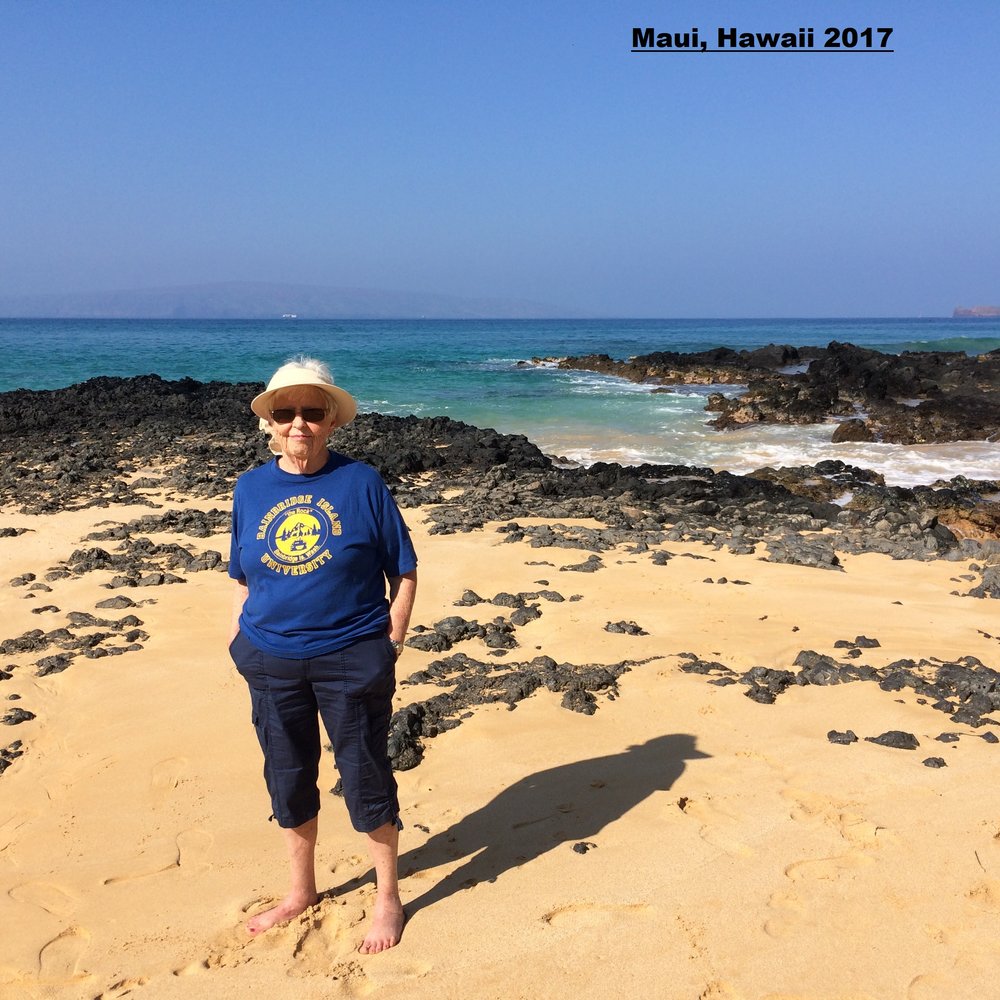 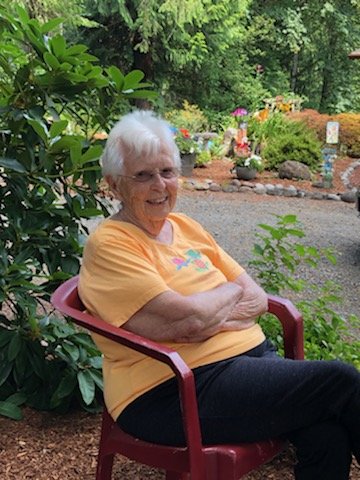 Doris Marie Williams was born in Seattle, Washington on January 7, 1932, to Arthur and Signe Erickson of Bainbridge Island, Washington.  Along with her older brother Kenneth, she enjoyed a self described idyllic childhood growing up in a tightly knit community.  The friendships of her youth carried into adulthood and she later returned to the area to attend several school reunions.

The family moved to Portland, Oregon in the 1950’s.  Doris met and married Harold Williams from upstate New York who was serving in the US Air Force.  They lived in Moses Lake, Washington for a time where their first child, Laurie Ann, was born in 1954.  After leaving the service, they settled in Portland where Steven Dale was born in 1956, followed by David Scott in 1958.  Harold returned to his family home in New York while Doris went on to raise the three young children on her own insuring a balanced upbringing with various activities and emphasizing the importance of education.  She volunteered at Little League, made sure the boys participated in scouting, that Laurie took piano lessons, and she managed to squeeze in  bowling, swimming, and trips to the beach and the mountains when she wasn’t working at the Portland Police Bureau or later, for a downtown law firm.  Her parents and brother did provide some assistance from time to time, but she worked tirelessly to make sure the children were well provided for at all times.

Doris was always enthusiastic about new adventures.  After the children were grown, she was able to take many trips around the continental United States as well as to Hawaii, Canada, Puerto Rico, Italy, and a cruise to the Panama Canal.  She loved visiting her son, David Scott, in Pensacola, Florida.

Doris was very proud that both sons served in the US Navy and she enjoyed visiting them at every opportunity.  Throughout her life, she remained close to her daughter Laurie and had a special relationship with son-in-law Mike.  Her grandchild, Lisa Christine, was born in 1973 and she fell in love with this special little girl, taking her along on many trips.  After her father Arthur passed away in 1977, Signe came to live with Doris at her home in Portland’s Rockwood district and lived to age 93 seeing the arrival of the first great, great grandchild in 1991. Doris welcomed the arrival of a little red headed great granddaughter, Hannah, in 1998 and shortly thereafter,  great granddaughter Sierra joined the family.  Doris moved to Sandy, Oregon to live with Laurie and Mike and continued to enjoy the closeness of the grandchildren as well as son Steve who also moved next door.  Here she enjoyed the rural setting, friendly neighbors, walks along the river, feeding koi and goldfish in the ponds, the wandering deer, and most importantly, her precious cairn terrier, Rosie, who preceded her in death in December 2019.  She also loved crossword puzzles, jigsaw puzzles, music, watching classic movies, and playing challenging games like mahjong on her iPad.

Doris was always an avid walker and made a point of maintaining a healthy lifestyle, especially after reaching middle age.  She swam and exercised at the local athletic club 3-4 times a week and greatly enjoyed the friendships she made there, including our dear neighbor Eleanor.  Prior to the pandemic, they enjoyed regular breakfast or lunches in town.  She also loved to play slot machines with her like-minded friends and relatives.  Spring was her favorite season and she looked forward to the arrival of daffodils and tulips, and signs that the fuchsias survived the winter.

Sadly, Doris passed away on Tuesday, March 23rd at 8:30pm at her home in Sandy.  She began feeling acutely ill last fall and was finally diagnosed with stage 4 lung cancer in late February.  The challenges of getting prompt treatment for lung disease during the COVID pandemic were difficult and frustrating.  She eventually fought a short but fierce battle against the disease but that effort was costly and she left this world at home, cared for and surrounded by the love of her family and friends.  While we are so very sorry to lose her, it is also a huge comfort  to know that she is free from pain and worry.  The huge outpouring of love and support has shown that she will be missed beyond measure.

At her request, there will be no service.  Contributions on her behalf may be made to Wildwood Farm Sanctuary, Oregon or to the Oregon Humane Society.

Share Your Memory of
Doris
Upload Your Memory View All Memories
Be the first to upload a memory!
Share A Memory
Plant a Tree