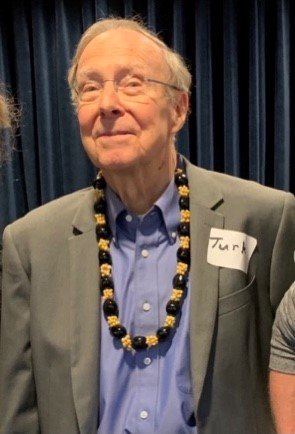 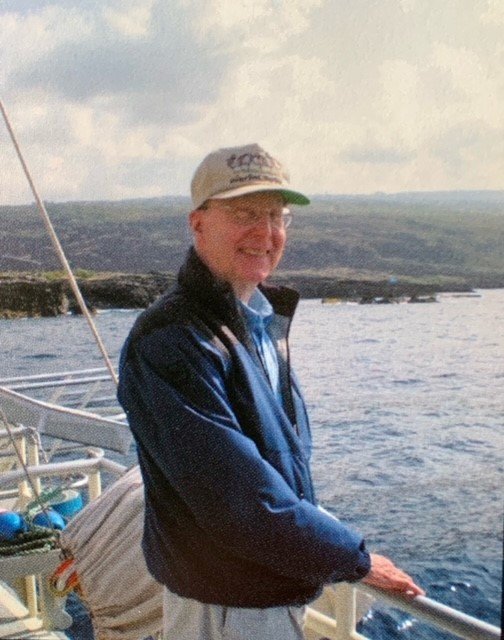 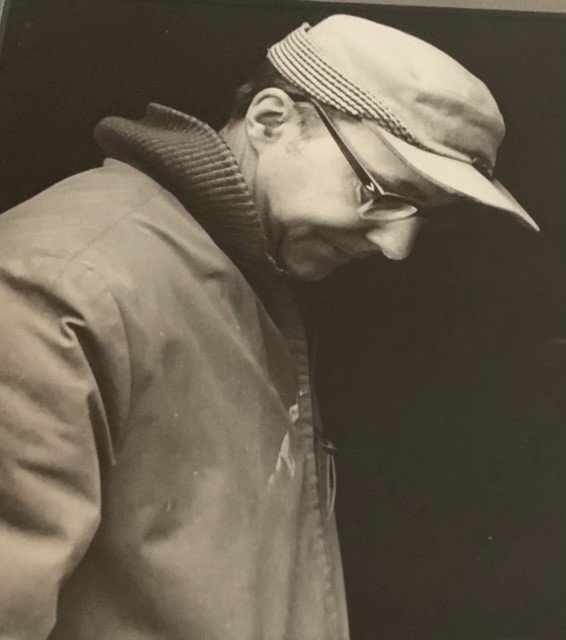 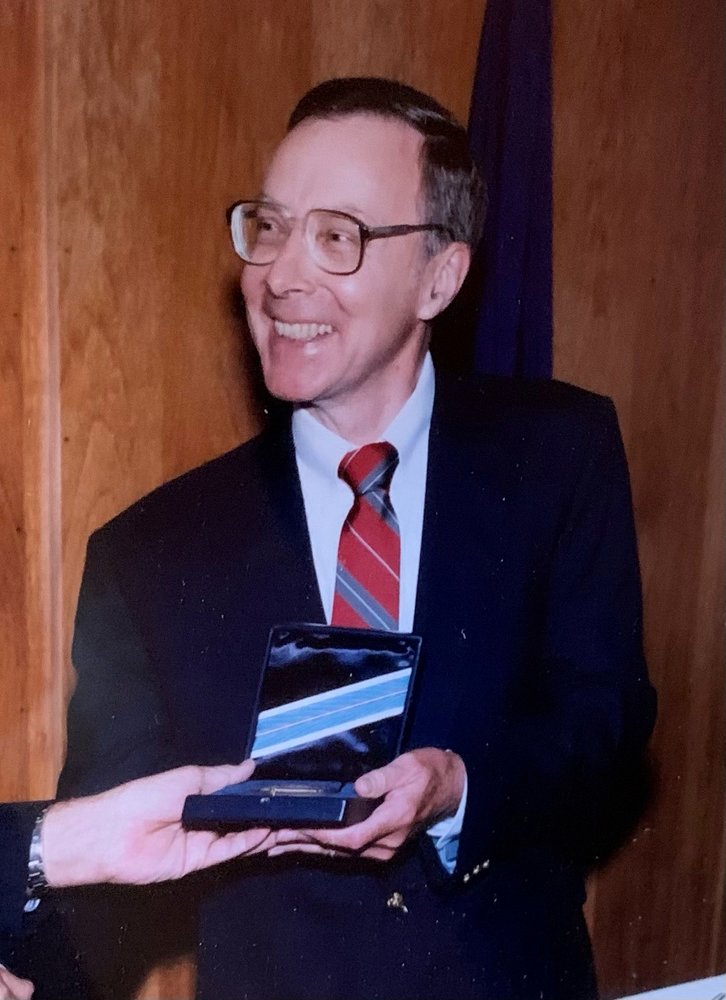 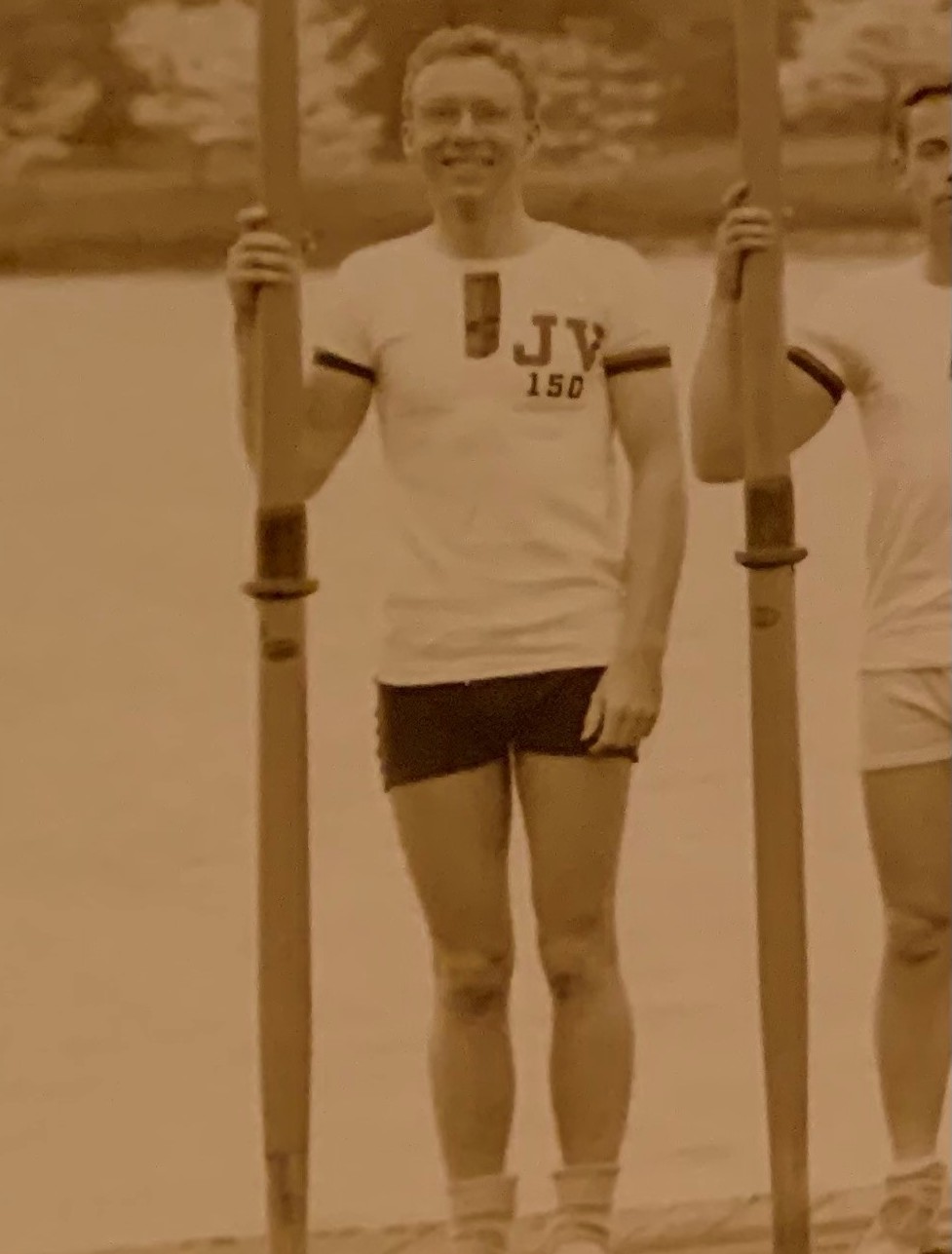 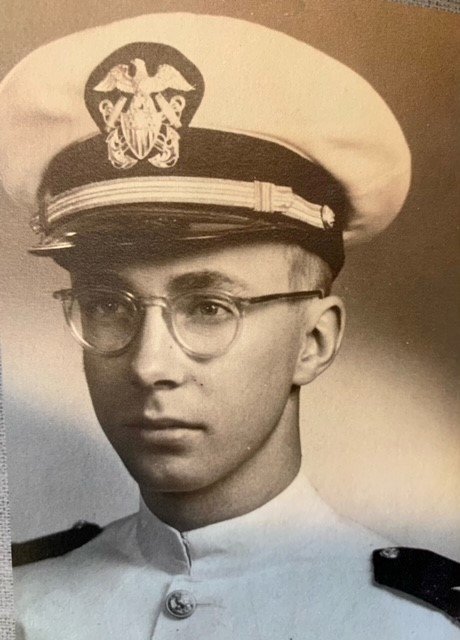 Turner Rutledge (Turk) Odell, age 91, passed away on March 15th, 2021 at Holladay Park Plaza in Portland, Oregon.  Turk was born in New York City to Walter Tomkins Odell and Lucile Randolph (Turner) Odell on September 8th, 1929.  He was raised in Tomkins Cove, New York along the Hudson River.  Turk graduated from the Woodberry Forest School in Woodberry Forest, Virginia in 1946 and went on to Princeton University where he studied Modern Languages and Literature, rowed crew and received his BA with Honors in 1950.  Turk subsequently completed graduate work in languages and literature at the University of Leeds in the United Kingdom in 1951.

Turk became acquainted with Caralee (Lee) Lanning during summers spent on the coast in Maine.  They connected through their shared love of sailing and racing sailboats, their desire to travel and love of the outdoors, and their shared sense of humor.  Their different personalities naturally complemented each other and were united by their caring nature and their joy in family.  They fell in love and were married in June of 1952 in Corning, New York.

In 1952 Turk was called to active duty with the United States Navy Reserve and subsequently attended Officer Candidate School in Newport, Rhode Island and the Naval Intelligence School in Arlington Virginia.  He served for more than 5 years working for Naval Intelligence, mostly in Cheltenham, England and attained the rank of Lieutenant.  Turk received the National Defense Service Medal for service during the Korean War, and following his honorable discharge from the Navy in 1957, he began a more than 35-year career at the Central Intelligence Agency in Langley, Virginia where he analyzed and reported on Soviet military spending and investment and helped develop cutting edge computer models of the Soviet economy.  At the same time, Turk and Lee were raising their son Turner and daughter Lindley in the Washington D.C., suburbs.  After the fall of the Berlin Wall and the subsequent dissolution of the Soviet Union, Turk retired from the CIA in 1993.  His work was done.

Turk and Caralee retired to South Dartmouth, Massachusetts where they enjoyed many years together being near to extended family and the ocean.  Following Caralee’s passing in 2006, Turk moved first to the Lathrop community in Northampton Massachusetts where he was near to his sister-in-law and nephew’s family with whom he was very close.  He later moved to Portland, Oregon in 2012 to be nearer to his children, grandchildren and other family – to their great delight.  He first rented a home (from family) in Northeast Portland, close to his son Turner and his family with whom he spent time at extended family gatherings, grandkid performances, family dinners, and weekly outings with Turner. He later moved into Holladay Park Plaza (HPP) where he met Nancy C. Johns who became his loving partner in his later years.

Turk was a lifelong learner with a keen intellect and an interest in national and international affairs and security issues, along with current events in Russia and other former Soviet bloc states.  He also spoke four languages, including Russian, and claimed a robust familiarity with the history of polar exploration.  He was drawn to the water – rowing crew in college, sailing as a young adult, fishing off the beach on the Outer Banks with his kids – or just walking the beaches of Massachusetts and birdwatching with Lee.  And he loved to garden – laboring many hours planting annual flowers and tending to the extensive and beautiful landscaping around his and Lee’s home in South Dartmouth.  He traveled extensively throughout his life, most times in the company of Lee – around Europe and Great Britain as a young adult; on cross-country trips with the family; and later to the (then) Soviet Union or to visit his daughter Lindley in Indonesia, New Mexico and Hawaii – and even to the Far North in Svalbard above the Arctic Circle with Lee.  Not missing a beat in his later years, Turk and Nancy enjoyed attending the symphony and continued travels to Mexico, France, Hawaii and around Oregon.

In retirement, Turk stayed engaged in his community – volunteering in the ER at his local hospital in Massachusetts and participating in the social, governance, and creative fabric of his residential communities.  With the help of Nancy, he even published a collection of his reminiscences and musings originally written for the HPP newsletter.  But above all else, Turk was known for his thoughtfulness, his genuine and warm congeniality, and his kindness – a gentle man to the end.

Turk was preceded in death by his wife Caralee, his parents Walter and Lucile Odell, and his brother Walter Tomkins (Tom) Odell, Jr.  Turk is survived by his son, Turner Odell (Jr.), his wife Jennifer Hulford Odell, their children, Maisie and Fia Odell, and grandson William Odell-Monley, all of Portland, Oregon; and by his daughter Lindley Rabin, her husband Arnie Rabin and grandson Ezra Kramer, all of Kealakekua, Hawaii. He is also survived by four nephews and a niece.

A memorial service will be held online and at Westminster Presbyterian Church on April 17th, 2021, at a time to be determined. According to Turk’s wishes, his ashes will be laid to rest next to Caralee in South Dartmouth, Massachusetts.

Turk supported a wide variety of charitable organizations throughout his lifetime.  In lieu of flowers, please consider supporting one of the following organizations in his memory – all of which speak to issues among those closest to Turk’s heart:

Please visit Turk’s online memorial and guestbook at: www.crowncremationburial.com, where details about his memorial service will be posted.

Share Your Memory of
Turner
Upload Your Memory View All Memories
Be the first to upload a memory!
Share A Memory
Send Flowers