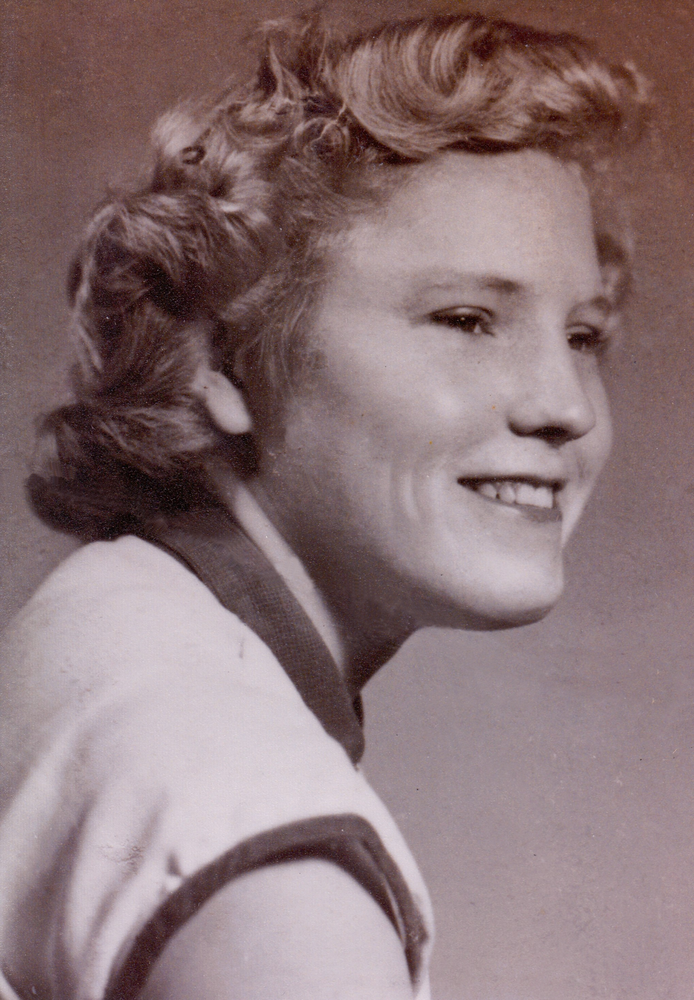 Alva Louise Elizabeth Adair was born in a wagon in Shattuck Oklahoma to John Howard and Amy Adair on February 2, 1933. Louise was sister to Johnny and Francis (Possum) Adair. Louise was later step-daughter to Clifford Stephenson. She was first baptized  May 30, 1953. She was confirmed March 28, 1955, in Heppner, Oregon.

Louise attended Granger Elementary; (Alva Louise Adair) and graduated from Sunnyside High School on June 3, 1953. In high school, Louise was on the badminton team. She went on to take some courses at Mt. Hood Community College in1974 and George Fox College 1985.

Louise faithfully served as a Brownies and Girl Scouts Leader Assistant from 1966 – 1973. She pursued Bible Studies with Calvary Chapel.

Louise met Henry Sun at Henry’s Chinese restaurant called the Noodle Parlor in La Grande, Oregon.  She worked for our dad as a waitress. Later they moved to Portland, Oregon where they raised their family and lived until Henry’s retirement in 1979. They later relocated to McMinnville, Oregon.

Louise held several jobs throughout her life. She was a waitress, she worked at Hanson Broom factory, she worked at a Medical Laboratory, she was a CNA serving at Kaiser Permanente, and lastly, she served at the Senior Service Center in McMinnville.  Louise retired in 1995.

Louise had many hobbies and interests. She was on a bowling league. She enjoyed reading, crocheting, knitting, arts and crafts, looking for seashells on the coast and looking for interesting looking rocks. She also enjoyed going to movies.

Her favorite places to visit were the coast and being in the woods, picnicking, hiking, and camping in the great outdoors.

Louise is survived by her children, Dennis Sun (Sally) of Marina, CA and Jeanne Ahern (Mark) of Ridgefield, WA; stepchildren, Howard Sun of Bend, OR; Linda, Robert, and Doris Sun, all of Portland, OR. Louise is also survived by several grandchildren and great grandchildren.

Please visit the guestbook portion of this page and enter a special memory or message.

To send flowers to the family or plant a tree in memory of Louise Sun, please visit Tribute Store
Thursday
15
April

Share Your Memory of
Louise
Upload Your Memory View All Memories
Be the first to upload a memory!
Share A Memory
Send Flowers