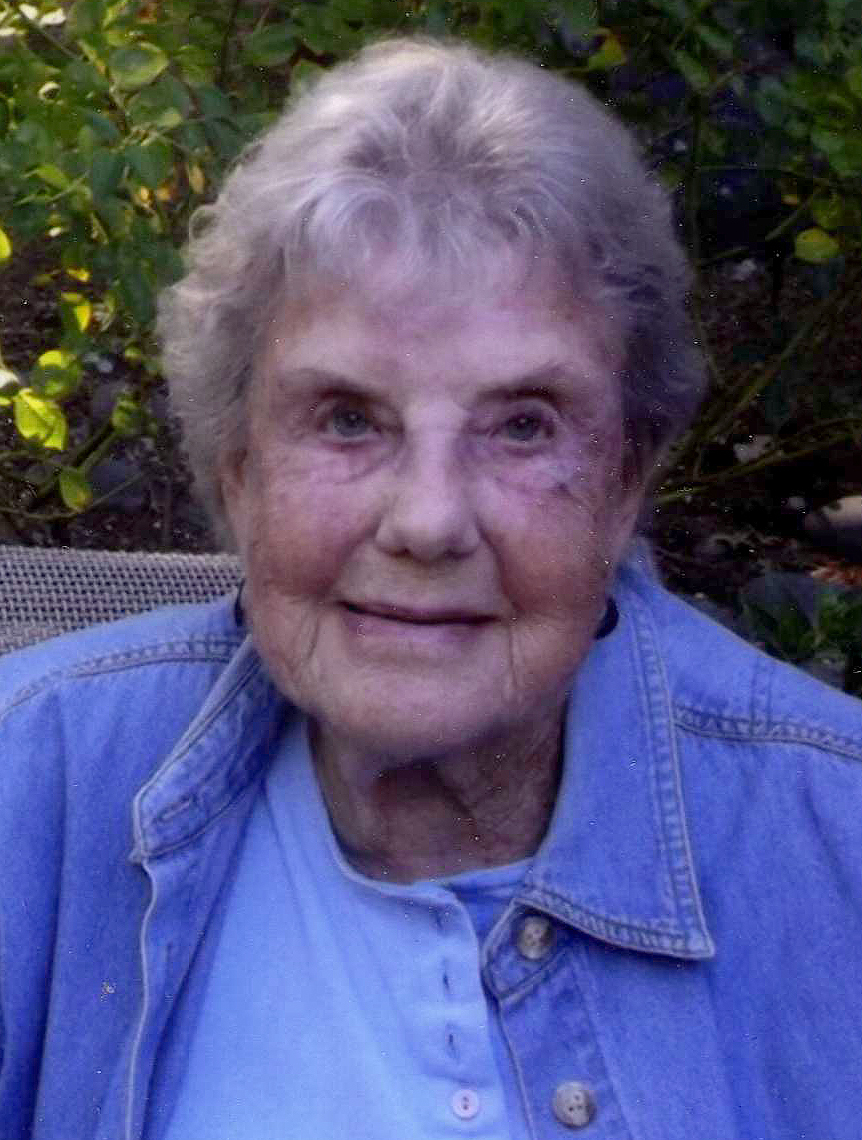 Ann Engberg Taylor was born Margaret Ann Engberg on September 4, 1930, in Portland, Oregon, to Frank and Agnes Engberg, who both immigrated to the United States from Sweden. The oldest of three sisters, Ann grew up in North Portland, Cedar Mill, and eventually Southeast Portland.

Ann graduated from Jefferson High School in 1948 and went on to study at Oregon College of Education (now Western Oregon University) in Monmouth, where she worked toward earning a teaching credential. She graduated in 1952 with a Bachelor of Science degree in Education and a Minor in Art. Beginning in 1952 she also pursued graduate-level study in education at the University of Oregon Extension, UCLA, and Westmont College.

She taught elementary grades at Knott Street School in the Parkrose District of Portland from 1952 To 1956. On moving to Santa Barbara, California, in 1956 she taught grades 2 and 3 at Wilson Elementary School and later at Harding Elementary.

Ann met Duane Taylor on a blind date at a drive-in double feature in late 1958. They were married on June 20, 1959. In 1961 they bought a house in a new neighborhood in Santa Barbara where they raised their two sons, Brian and Scott, and where many of their neighbors became lifelong friends. Later they moved to nearby Montecito, California, to a property that was well-suited to Ann’s love of gardening. The Taylor family loved the outdoors, and for many years they enjoyed yearly summer camping and hiking trips with family and friends in the Sierra Nevada Mountains in California and the Sawtooth Mountains in Idaho.

Duane’s work led the family to move to Syracuse, New York, in 1972. It was the beginning of a series of interstate moves for Ann, first to Pittsfield, Massachusetts, San Diego, California, and back to Pittsfield, and then, after Duane’s retirement, to Groveland, California, Murtaugh and Twin Falls, Idaho, and St. George, Utah. They eventually settled in Salem, Oregon, first in West Salem and then Madrona Hills. In her travels Ann made longtime friends everywhere she went, all over the country.

Ann was always artistic, with an observant eye and skilled hands, and she mastered many visual arts techniques. In New England, she developed an interest in china painting that she went on to pursue professionally for more than ten years. Her ongoing art and craft endeavors included watercolor painting, a wide range of handcrafts including weaving and printing, and most recently doll-making and collecting. She was an active member of the Cherry City and Wagon Wheel doll clubs. She also remained an avid gardener.

In the 1990s Ann began a journey of research into her Swedish ancestry, eventually organizing a reunion of extended family from all over the United States, and culminating in a trip to Sweden to visit ancestral sites, a trip she treasured as the experience of a lifetime. She enjoyed helping people connect with their family histories and with each other.

Ann had a lifelong interest in helping others and supporting the community, from teaching to church work to many volunteer efforts. She was a natural caregiver, selflessly and persistently driven to make sure others’ needs were met. She saw what needed to be done and she did all she could to make it happen. Recently she organized an exchange program within the Madrona Hills community that enabled residents to share mobility and medical equipment. And she was active in the Salem Alliance Church community.

Ann died in hospice on August 25, 2021, surrounded by the love and support of family and friends. She was preceded in death by her parents, her son Brian Taylor and infant daughter Tamara, and her sister Sonja Westlund. She is survived by her husband of 62 years, Duane, her son Scott Taylor and her sister Joyce Frank.

A memorial service celebrating Ann’s life will be held in Cedar Hall at Salem Alliance Church on September 24, 2021, at 10 a.m. All who knew and loved Ann are invited to attend. A live stream of the service will be available on the church website, salemalliance.org.

To send flowers to the family or plant a tree in memory of Ann Taylor, please visit Tribute Store
Friday
24
September

Share Your Memory of
Ann
Upload Your Memory View All Memories
Be the first to upload a memory!
Share A Memory
Send Flowers