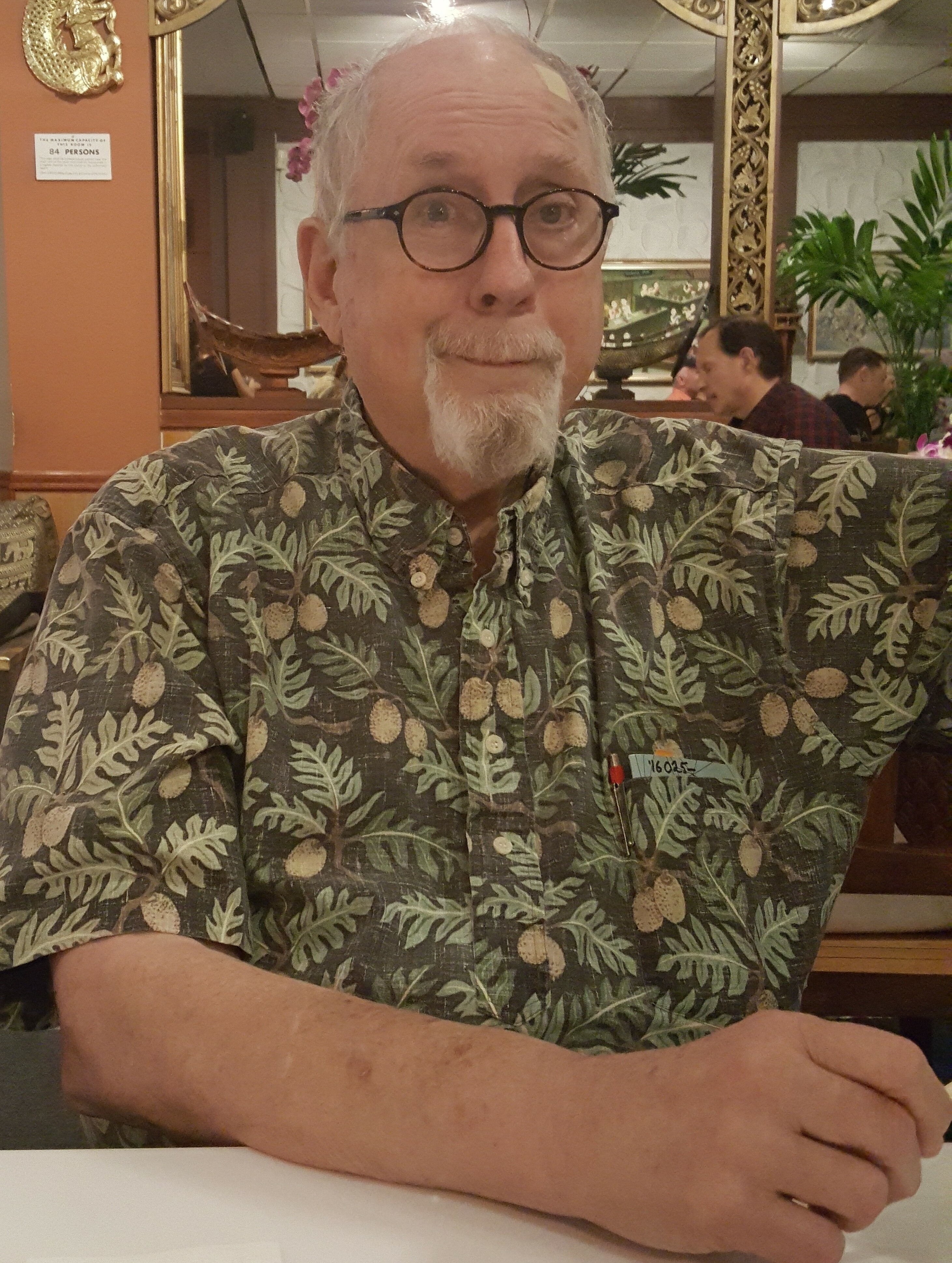 Kenneth Kipnis, philosopher, medical ethicist, and Professor Emeritus at the University of Hawaii at Manoa, died peacefully on August 26th, 2021, in Portland, Oregon. His spouse, Leanne Beth Logan, was at his side.

Ken forged his career as a self-described “field ethicist” in the Socratic tradition. Working with professionals across a wide variety of disciplines — especially medicine, law, and public health — he sought to apply philosophical principles to complex moral dilemmas. His life’s work was to determine what, if anything, the study of philosophy had to offer those in profound ethical distress.

Ken was born May 28,1943 in the Washington Heights neighborhood of New York City to Samuel Kipnis and Lola Firstenberg. He was initially drawn to philosophy and ethics while in high school in Teaneck, New Jersey. He graduated from Reed College in Portland, Oregon, in 1965 with a B.A. in Philosophy. Between his junior and senior years at Reed, Ken participated in the 1964 Mississippi Freedom Summer, registering disenfranchised black voters and teaching at a Greenville, MS “Freedom School.”

Ken received his M.A at the University of Chicago in 1966 and PhD from Brandeis University in 1972. He later studied at the University of Chicago Law School as a post-doctoral student-at-large. While at Brandeis, he taught at an experimental school called the Satya School. His love of teaching at both the Satya School and the Freedom School led him to pursue a career in academia; however, he was determined to move beyond it. Ken writes:

"I had begun to appreciate that my specialization, curiously, did not in any readily apparent way equip me to disentangle and resolve concrete ethical problems occurring in what Wittgenstein called ‘the stream of life.’ I was able to trot out the main accounts of ethics and their histories. I knew the salient tenets of the chief proponents, the arguments and the counterarguments. Given an ethical dilemma, I could set out several lines of inquiry. But it was a serious problem for me that philosophy, as a discipline, lacked consensus on a favored approach and, more importantly, did not seem to be very concerned about carrying its conversation beyond the campus, where there was work to be done... Like a significant number of my colleagues, I have sallied beyond the walls of the university. We who take this path are, like Socrates, endeavoring to practice our craft within the larger community itself."

Ken taught in Philosophy departments at Purdue University and Lake Forest College before joining the faculty at the University of Hawaii at Manoa in 1979, where he remained for 37 years. He served as chair of the department for several years. Never one to stop working, during his sabbatical years, he had appointments at the American Medical Association in Chicago, the University of Texas Medical Branch in Galveston, and the College of Charleston.

For over 40 years, Ken systematically applied principles of ethics to challenging moral questions faced by professionals in law, medicine, nursing, early childhood education, criminal justice and the military. Living a life rendering aid in the borderlands between academia and real-world teams in profound ethical distress, he both sought out and attracted seemingly intractable ethical problems. In addition to publishing several books and dozens of articles in professional journals, he helped to create codes of ethics, served on boards of organizations and hospital ethics committees, provided expert testimony in court cases, and helped develop language for several laws adopted in Hawaii.

Topics to which he contributed important scholarship include, triage during pandemics and natural disasters; the status of aborted fetuses showing signs of life at delivery; the treatment of infants born with ambiguous genitalia; the nature of brain death; doctor-parent decision-making for infants in the NICU; treatment of pediatric cancer; statewide strategies for confronting STD transmission during the early years of the HIV pandemic; medical care in prisons and prisoners’ consent to medical experimentation; and petitions for the sterilization of mentally incapacitated adults who were wards of the state of Hawaii, among others.

After living in Hawaii for several decades, Ken returned with Leanne to Portland, where he enjoyed frequenting the famed movie theaters and visiting the campus of his alma mater. He was a member of the Northeast Village PDX, where he contributed to discussions about aging in community and shared his enthusiastic reflections on books and movies.

Ken thought seriously about his social roles and the obligations that are consistent with one’s practical identity.  One of his most satisfying experiences was being a good father. He challenged his son Adam to think critically and independently and to question authority, even his own.  They had a beautiful father-son relationship. Ken often talked about what it meant to be a good husband, father, brother, and took very seriously his “avuncular responsibilities.” He especially loved being a new grandfather to Asa. In his role as a partner and spouse Ken shared over 25 years of deep love and playful banter with Leanne.

Ken lived life with gusto and enthusiasm. He described himself as a “binge learner” and was voraciously curious about everything and everyone. He would strike up friendly conversation in any setting and was particularly interested in how people thought and what gave their lives value and meaning.

He was a reader, writer, collector of practical gadgets, a lover of film and music, and an accomplished 12-string guitarist. In the early 1960s, Ken studied guitar with Rev. Gary Davis and mastered the Piedmont Blues style; he also played in a jug band while at Reed College. In later years, his interest in folk tradition extended to contra dancing, where he made many friends.

Ken is survived by his wife Leanne, his son Adam Smith-Kipnis, his grandson Asa Smith-Kipnis, brothers Robert and Harvey, extended family, and many friends and colleagues who will miss his magnanimous spirit and wry humor as well as his insights and proddings.

Remembrances of Ken can be shared at: https://www.mykeeper.com/profile/KennethKipnis/

An online memorial service is planned. In lieu of flowers, donations to be used for scholarships at Reed College (which Ken described as “the perfect place for an extended intellectual bender”) are encouraged.

Share Your Memory of
Kenneth
Upload Your Memory View All Memories
Be the first to upload a memory!
Share A Memory