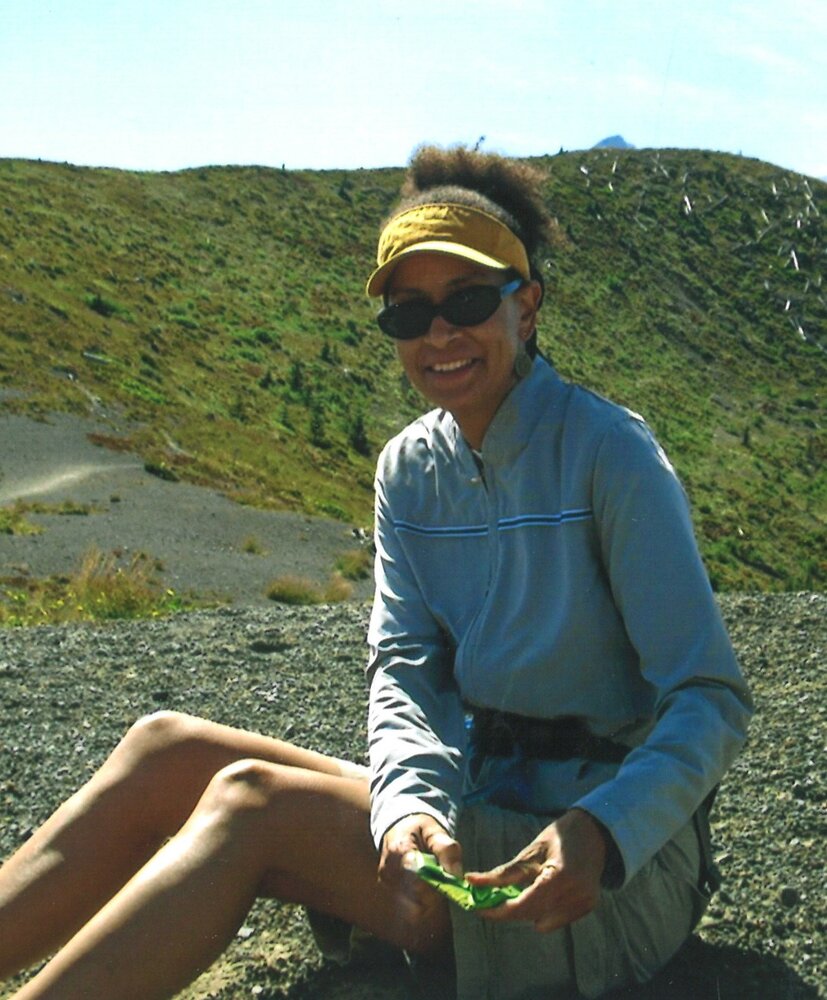 Linda was adopted at a very young age by Mary and Lindsey Warren in Portland, Oregon.  She had 3 sisters and 3 brothers, also all adopted by amazing parents.  She was exceptionally bright, tested out of traditional high school at 15, and was attending the New York School of Fashion & Design at 16.  After a few years in both New York and Boston she returned to Portland where she also obtained a degree in Theater Arts from Portland State University and later a Masters.   She then moved on to embracing her passions in gardening, reading, cooking, and sewing.  All were strong constants in her life that she excelled in and loved.

Despite her love and active participation in the Arts, she spent the majority of her time working within non-profit organizations doing mostly grant writing. Not long after graduation, she completed 6 marathons AND fought and beat her first bout with cancer.

One of Linda’s great loves and talent was in sewing and creating.  She continued with design and sewing the majority of her life.  She also, later in life, excelled in paper folding arts and her creation of the “art cards” was something to be in awe of!  She designed these cards/mini book like constructions to tell her stories to her friends, or sent them with her love during the holidays or for birthdays.

In 2012, Linda decided, and I quote, “After realizing that I was only existing, not living and that I had played it safe for far too long following the responsible path” she decided that she needed to make a drastic change in her life.  The pull inside of her to honor this resulted in her realizing she could no longer ignore this anymore.  So she sold almost everything she owned in life, including her house, and just like that, became a free untethered spirit!  For several years she soared with all of her adventures.  Moving first to Stevenson, Washington where she started volunteering with the Washington Trails Association and through that group she became an AVID hiker.  Also, with this first “stop”,  she found she loved road trips after spending 3 weeks driving all over the West  and the South West of the US.

That experience eventually sent her off in another direction to Colorado this time to become a part of the AmeriCorps VISTA program.  While there, her travel bug only grew as did the endless mountains she found to climb or hike everywhere.  But after two years in Colorado, she was once again feeling antsy and moved to New Mexico to help run an Airbnb and continue in her sporadic travels in her free time.

From 2012 – 2017 Linda knew no bounds in her passion to travel.  She found joy and amazement in France, Singapore, Iceland, Greenland, Guatemala, Vietnam, Cambodia, Malaysia, Thailand and Vietnam.

She volunteered in 3 different Elephant sanctuaries, in Cambodia, Malaysia and Thailand.  Did you know she also folded 350 origami elephants to raise awareness of poaching and “smashed” the record that was previously set for this awesome heartfelt endeavor?

These amazing soul freeing experiences that she gave to herself from 2012-2017 with all of her fierceness and drive, must have been her greatest gift in life to prepare her for her next fight with a year filled with multiple medical mishaps, none due to the different cancer that appeared in late 2018.  As always she rallied and fought endlessly with the support of all that knew and loved her.  And it goes without saying; her emails to us all were filled with her witty takes that made us all smile despite everything that was beyond challenging for her on a daily basis.  Unfortunately/fortunately, on January 31, 2020, she was suddenly, unpredictably gone within 7 hours.  Yet knowing that this unexpected turn of events that day were quick, it brought her, in the end, to the greatest peace that one can experience only through death.

Everyone will miss those parts of Linda that endeared her to each of us on personal  levels.  If you wish to visit her grave at Riverview Cemetery, Staff there can assist you.

Share Your Memory of
Linda
Upload Your Memory View All Memories
Be the first to upload a memory!
Share A Memory
Send Flowers