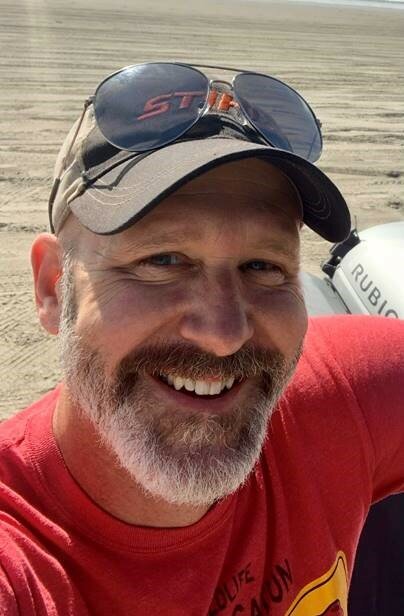 Born in Medford, Oregon, to Bob Striplin and Roberta Johnson-Walters, Max grew up with his best friend and sister Tonya. When Max was 6, he picked up his first guitar, and was soon entertaining family and friends alike. As a young child Max also played many sports and studied martial arts. By the age of 8, he won 1st place in the Oregon State Judo Championship. His aptitude for anything he put his mind to flowed through him into all of his endeavors throughout his life.

Max continued to practice guitar intently and went on to study classical guitar with Sol Krueger. Sol was a highly talented guitarist who studied under the renowned Rey De La Torre. Sol was a big influence in helping Max to flourish on the guitar, and in life. After graduating from Crater High School in Central Point, Oregon in 1990, Max moved to Eugene. He never let go of his early classical training. He was soon playing to sold-out venues in the alternative rock band Now William. Although the genre had changed, his talent had not. He later went on to play in the bands Elgin and Porchfire. During his time on stage in 3 different bands Max also began to sing. He blossomed from a shy back-up vocalist to a strong and present lead vocalist, his voice as beautiful as his guitar.

By 1995 Max’s music would bring him to Portland, Oregon where he continued to perform around the Portland area. He began to formally study music at Mt. Hood Community College where he studied classical music and jazz as a music major. He continued to perfect his talents and also took up Spanish guitar along the way. Max would go on to play his guitar solo, and sing at multiple friends weddings and other special events. Musically he became a technician, fully versed and capable in classical guitar, Spanish guitar, jazz, and rock alike.

Eventually, Max would move back to Southern Oregon and reconnect with his old roots. While there, he met Claire Grandmougin. They fell in love, and decided to move to New York to start a new life together in 1999. Soon after, they were married. While in New York, Max made a living working in home remodeling and quickly added plumbing, construction, electrical work, and finish carpentry to his skill-set. He became a General Contractor, and formed his own business doing wildly creative custom construction projects and Interior Design. Max and Claire then chose to leave the Big Apple, and moved to Denver in 2003. To further his capabilities in business, he took up studies at the Art Institute of Colorado, and earned a Certificate of Interior Design. His business would continue to thrive for several years. And it was here, in Denver, that Max and Claire would become parents. To Max’s great joy, his two children, Oliver and Olivia were born. Fatherhood would remain his first priority throughout his life. Yet somehow, through the hustle and bustle of a young family, and a young business, Max still found time to continue working to finish his music degree he had begun long ago. He would complete his Bachelor’s Degree with a Major in Music and a Minor in Education. With so much success already in life, still, a longing to return to home and the great northwest grew within him.

In 2010, Max moved back to Portland and reconnected with family and old friends alike. He continued his schooling further, and began a teaching career focusing on pre-school aged children and those with special needs. His gift for teaching young children came naturally to him, and was recognized by those around him. He brought as much talent and creativity to his students and teaching as he did his music, and sometimes, he even brought his guitar. In 2014, Max earned his Master’s of Science in Education.

Now decades later, Max would reconnect with Sol Krueger and once again, take up regular meetings to play music. This time they played together more as peers than as teacher and student, learning from each other, both of them artists. Max was forever a student, and always a teacher. Most recently, Max went on to earn an additional Administration Degree in 2021, and had accepted a new Director’s Position as Early Childhood Special Education Coordinator for Clackamas Education Service District. Here, his latest chapter was just beginning.

Max had an insatiable thirst for adventure. He was spontaneous, and spent his free time in his Jeep 4-wheeling on the back roads of Mt. Hood, Browns Camp, and anywhere else his imagination would take him. He also liked riding his motorcycle. He enjoyed camping and exploring with his partner Amanda. They met, and soon realized they shared a mutual love for teaching, the great outdoors, and each other.

Max was driven by his love for life, and for his family, and always at the forefront of his focus, were his two children. Max was a proud father and loved to be with Oliver and Olivia most of all. Both as a father and a friend, he did all he could to pass on his legacy of curiosity, creativity, and love.

This beautiful, dynamic, teacher and artist was a bright spot in many lives. Vastly talented, and equally adored, Max was always moving forward, and mastered everything he pursued. He was enthusiastic and vivacious. So alive and radiating happiness, always. Max brought many people together over the course of his life. His gregarious presence and company spread happiness wherever he was. Max was sweet and sincere and will be dearly missed by all those who knew him.

A celebration of Max’s life will be held at Peninsula Park in Portland, Oregon on October 17th from 3-5PM.

To send flowers to the family or plant a tree in memory of Max Striplin, please visit Tribute Store
Sunday
17
October

Share Your Memory of
Max
Upload Your Memory View All Memories
Be the first to upload a memory!
Share A Memory
Send Flowers