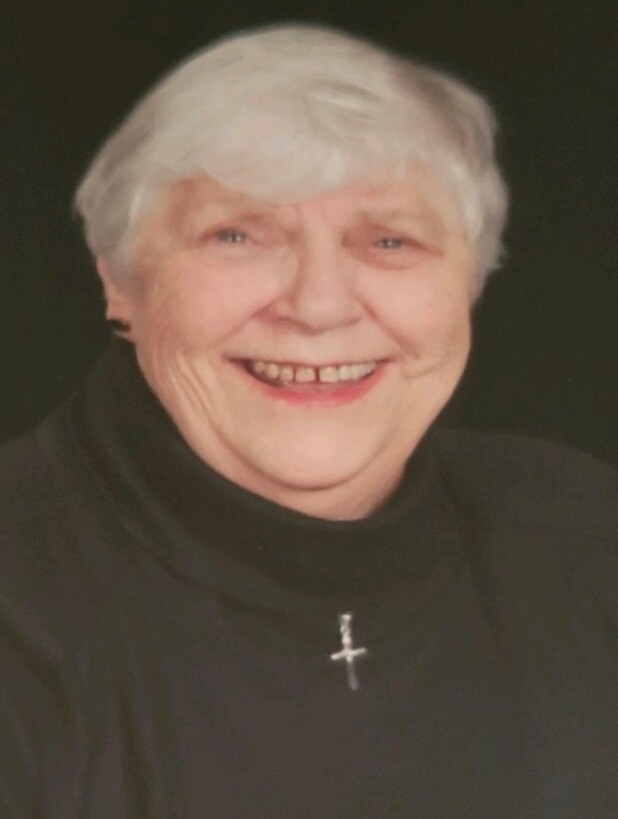 Gwen was born on January 13th, 1933 in Waltham, MA. Gwen spent most of her childhood in MA.

After graduating high school, Gwen went on to pursue a degree in Nursing from Children’s Hospital School of Nursing. Gwen loved nursing and spent over 25 + years in the field before returning to UMass and earning her B.S. in psychiatric nursing, with her residency at Boston City Hospital. She later became the President of the Alumni Association for the Children’s Hospital School of Nursing.

In 1956 Gwen was married to Robert “Bob” Hynes and together they had three children: Brendon, Phillip, and Kevin. Gwen and Bob were married for 64 years until Bob’s passing in 2020.

Gwen was a fiercely dedicated mother and family meant everything to her. She was extremely proud of “her boys”. Gwen was also very proud of her heritage, becoming a registered member of The General Society of the Mayflower Descendants and later a member of National Society of the Daughter’s of the American Revolution.

Gwen never turned down the opportunity to play bridge. Her eyes lit up at the mention of chocolate and she loved to sing. Gwen’s spunk and her beautiful smile will be missed by many.

Gwen is survived by her sons Brendon (Carolyn), Phillip (Lynda), Kevin (Judy), along with 7 grandchildren and 2 great grandchildren.

The family would like to extend their gratitude and heartfelt thanks to Hearthstone of Beaverton and Traditions Hospice for all of your compassionate care and kindness.

Services in Harvard, MA to be announced at a later date.

Arrangements by Crown Memorial of Tigard, OR.

Share Your Memory of
Gwendolyn
Upload Your Memory View All Memories
Be the first to upload a memory!