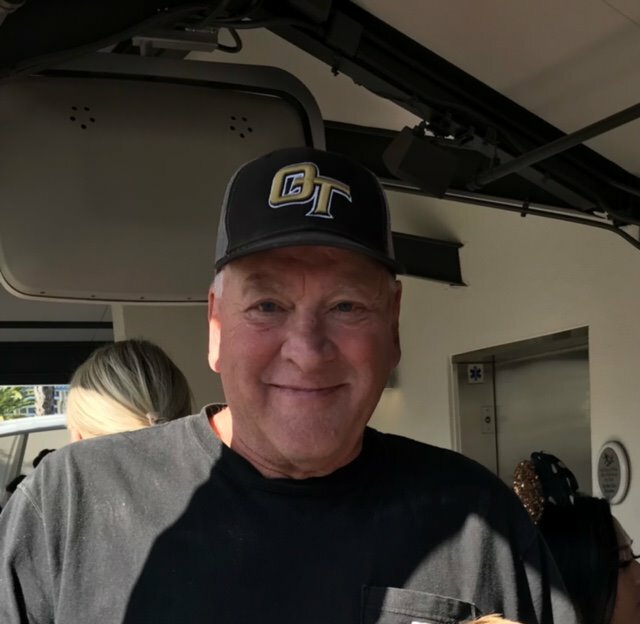 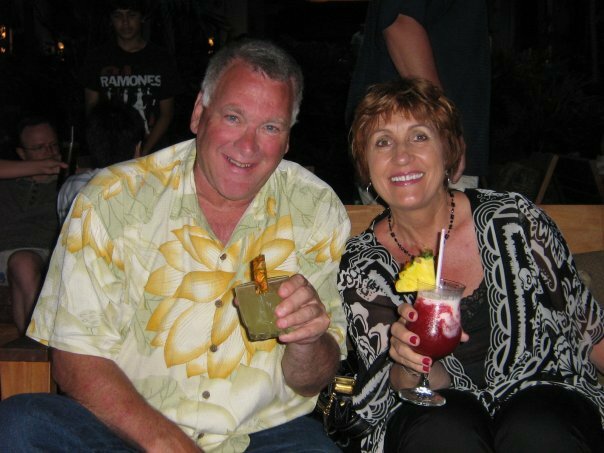 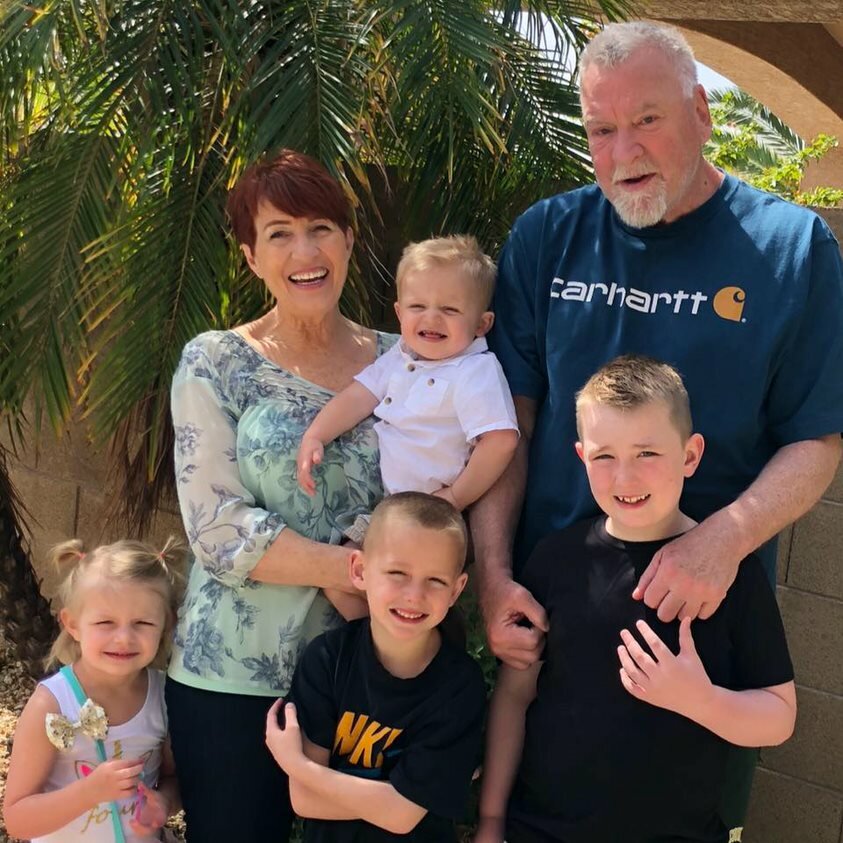 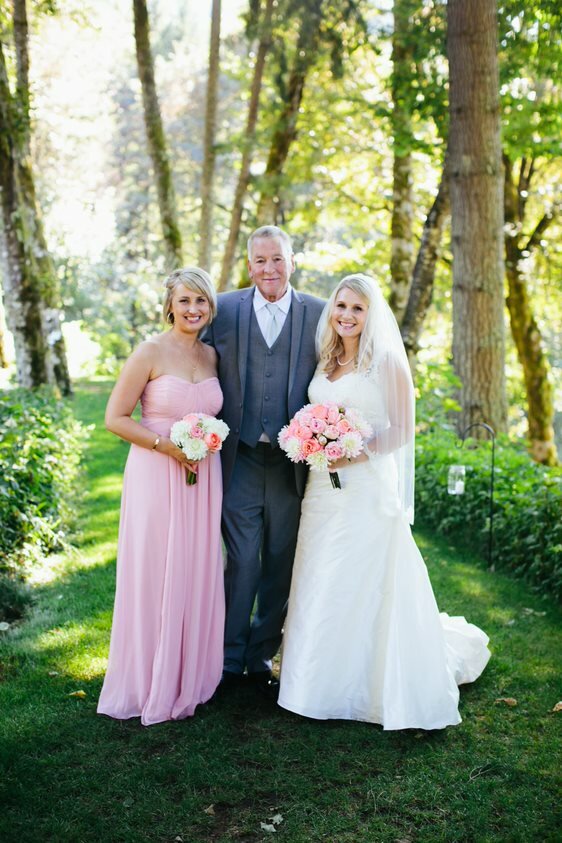 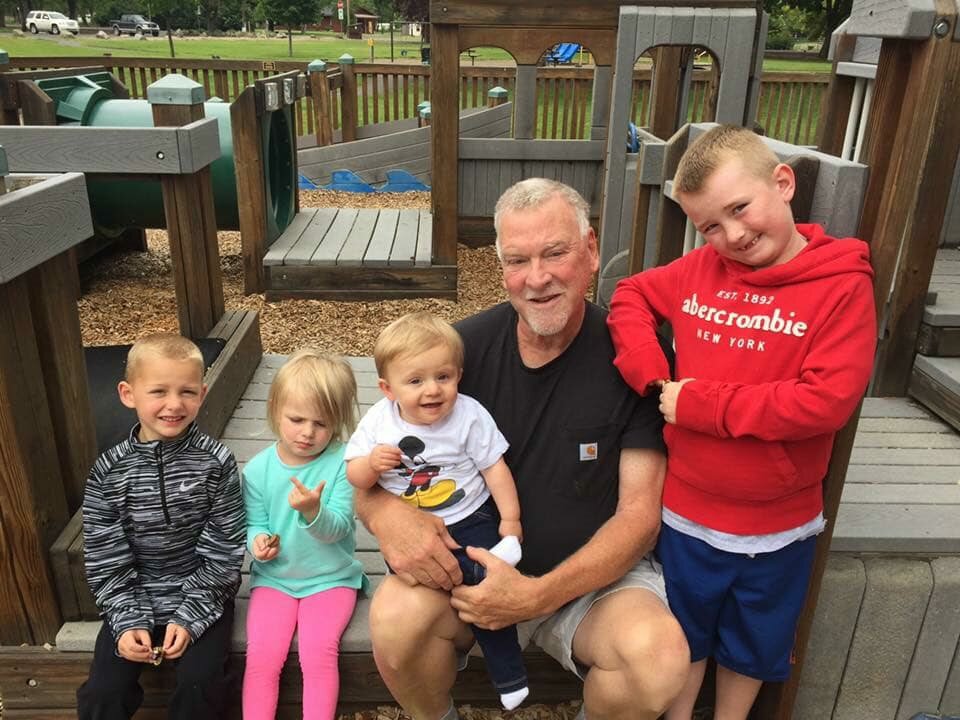 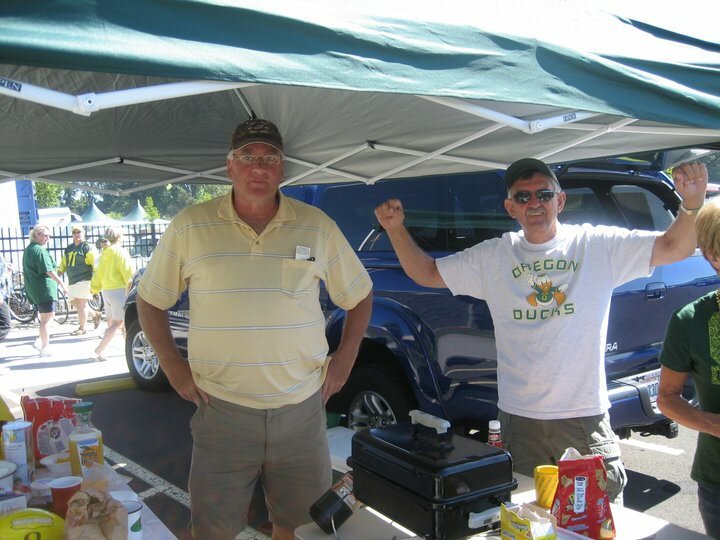 Scott Charles Kellstrom (73) passed away at Providence Portland Medical Center on October 18, 2021. He was surrounded by his wife, daughters and family. Scott was battling esophageal cancer and passed away from complications following surgery. He is survived in life by his very beautiful, funny, courageous wife Jenny, daughter Lyndsee (Geoffrey) Wunn, daughter Annie (Jesse) Davidson and his 4 most favorite people on earth, his grandchildren (Landon-11, Cooper-9, Lily-7, Ridge-5). He is also survived by his loving extended family including his 2 brothers Lon (Diane) Kellstrom and Todd (Diana) Kellstrom, sisters-in-law Cindy Kellstrom, Fran (Mike) Hayden, Jerelyn (Bruce) Russell, brother-in-law Scott (Kelly) Zielke and his mother-in-law Verla Jean Zielke. He has a brood of nieces and nephews who all agree he is their favorite and most precious uncle. He is preceded in death by his father, Lyle Kellstrom, whom he lost at a young age, his mother Betty Kellstrom, and his father-in-law Fred Zielke.

Scott was born April 27, 1948 in Klamath Falls to Lyle and Betty Kellstrom.  He grew up on the Link River enjoying a life of adventure and a fair bit of trouble with his two brothers, Lon and Todd. Scott attended Riverside Elementary School, Altamont Junior High and Klamath Union High School where he was known as a skilled athlete and true ladies’ man (just kidding, he didn’t talk to girls, ever). He lettered in football, basketball, baseball, and golf, and was pictured alongside the track team in the yearbook, but only because he snuck into the picture. He attended Lewis and Clark College, where he played collegiate football for one year. When he realized he would never be a Bob St Clair, he transferred to his Alma Mater, The University of Oregon, where he had the time of his life (still not talking to girls).  He joined Phi Delta Theta where he made friendships that have withstood the test of time. His lifelong love of the Oregon Ducks football team started there and continued throughout his life, being passed on to his wife and down to both his daughters and now grandkids. GO DUCKS! He graduated from U of O in 1970 without honors and a whopping GPA of 2.1. Everyone was so proud.

Scott and Jenny met at Shasta Lake during a summer camping trip in 1974, which is weird considering he still couldn’t talk to girls. They married in April of 1976 in Hermiston, Oregon. They were blessed by the births of their daughters, Lyndsee Brooke in 1978 and Annie Elizabeth in 1982.  Scott and Jenny raised their girls in Klamath Falls, with Annie and Lyndsee attending the same schools as their dad. Scott was so proud of the beautiful home that he built above the Link River where he raised his family.

Scott and his brother, Todd, owned a very successful paint and wallpaper business, aptly named Kellstrom Bros. They bought a company El Camino specifically to torment their kids during school drop off and pick up. The brothers kept very busy and ran the paint store for over 25 years. Scott and his crew painted at least half the buildings and homes in the Klamath Basin.

Jenny and Scott enjoyed years of being Duck season ticket holder sand tailgating with their lifelong friends Randy and Nancy Simonsen. In addition to his love of the Ducks, Scott also had a deep love for the San Francisco Giants. He enjoyed trips to Candlestick Park as a young boy with his father, and he continued that tradition with his own daughters. He was thrilled to take his grandkids Landon, Cooper and Lily to their first Giants game at AT&T Park several years ago. He was beyond surprised to receive the gift of a lifetime from his (fun and loving) wife, which was a week-long fantasy baseball training camp with the San Francisco Giants in Scottsdale, AZ. He was also lucky enough to attend the World Series with his brothers and nephew Raymond in 2010 (the Giants beat the Rangers in game 5 to win the series), and go to the Rose Bowl, the Cotton Bowl and the Final Four with his great buddy Paul Poetsch.

Scott enjoyed many, many things. First and foremost the loved coaching his daughter’s sports teams. Scott also helped coach the OIT Lady Owls starting in 2002, once his own girls were out of the house. This brought him years of such joy and purpose. From time to time a few of his basketball player seven found a home with Jenny and Scott, while they attended OIT.

Among other thing he loved: chukar hunting, fishing any lake or river, golfing until he could no longer hold a club, riding ATV’s with his buddies in the middle of nowhere, annual trips to Fields, Oregon with his brother-in-law Mike Hayden and dear friend Craig Gerlach, sports of any kind, ice cream of any kind, “Swamp People”, movies, reading, history and tinkering in his garage while spinning old vinyls at top volume on the turntable Jenny bought in 1974.  He was a Jeopardy aficionado and never missed an episode! The Kellstrom family enjoyed many memorable trips that became even sweeter as each grandchild was added to the mix.

Scott loved his family more than anything. He was a renowned distributor of popsicles and ice cream sandwiches to his grandchildren. He also turned on inappropriate programs such as “Gold Rush,” “Alaskan Bush People” or “Naked and Afraid” for his grand-youngins. He was dedicated to making sure they had “culture”. He spent hours pitching to his grandkids even when he had to sit in a chair to do so. He loved those four kids more than anything! We feel comforted that Scott was able to see his grandson, Landon, hit a 2 run triple the Sunday before he entered the hospital.  You have never seen a more proud papa than he was that day!  While he was in the hospital, he was also able to see a video of Landon catching his first ever pass and running it in for his first TD!  We believe that is the memory he left this world with.

Scott was a devoted and trusted friend to so many people.  There are a number of people in this world who would count Scott Kellstrom as one of their best friends.  He was the first person to show up in moments of need and he was always the one to offer simple, but impactful advice.  He was a man of integrity and grit, and he always had your back.

Scott loved his two sons-in-law, Geoffrey and Jesse, like his own.  He was so happy that his girls both found wonderful men to spend their lives with.  He loved to talk sports with both of them and was always around to offer wise advice when asked. They both looked up to him and aimed to be the kind of father that he was.

Above all, Scott was a dedicated husband, father and grandfather, never missing a sporting event, choir concert or chance to just be with his grandkids. He was there for everything and he will be deeply and forever missed. We do not know how to do life without him, but we will all do our best to make him proud.

Please join us for a memorial service in his honor at the Event Center at Running Y Resort on Monday, November 15th at 3 pm. Please feel free to wear your favorite Ducks or Giants gear, as we know Scotty would much prefer this to formal attire. In lieu of flowers, Scott would love donations to be directed to his daughter’s non-profit, Boxes of Love. He was so proud of this legacy that Lyndsee has built to help babies and children entering foster care. Donations can be made at www.boxesofloveproject.org/donate.

Share Your Memory of
Scott
Upload Your Memory View All Memories
Be the first to upload a memory!
Share A Memory
Send Flowers