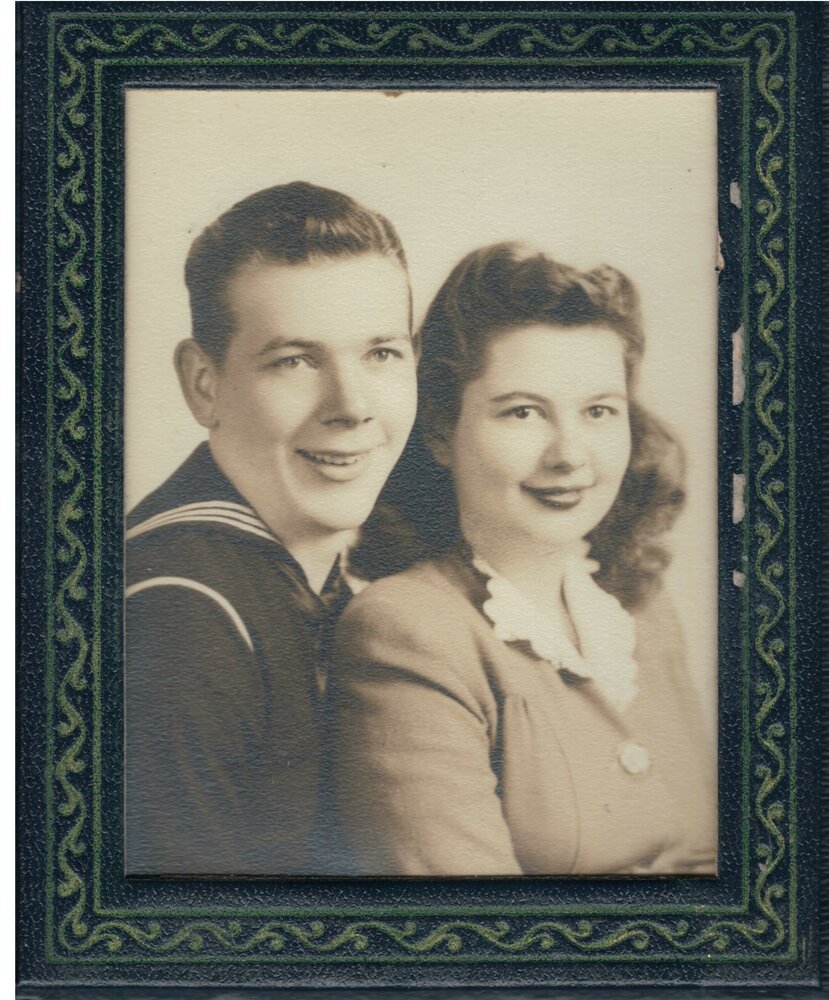 Dorothea Lee Galloway was born in Portland, OR to Andrew & Pearl Fuhrer.  Pearl, Dorothea’s mother, died shortly after childbirth.  Dorothea was raised by her grandmother Simmons in Portland/Beaverton, Oregon. She lived in a home with several of her aunties.  Her father was an engineer and ran barges up and down the Columbia River.

Dorothea was a good student and learned to play the violin, clarinet, piano & the organ. She graduated from Beaverton High School in 1943.

She married Wallace Wesley Galloway in August of 1944.  Andrew, her father, remarried Nadine and they had a daughter, named Joanne Fuhrer, Dorothea’s stepsister. Her stepmother Nadine, her father and Joanne proceeded her in death.

Dorothea went to a trade school and learned bookkeeping skills.  She worked at the Dairy Co-op in Portland, Oregon and for a brief period worked in Bremerton, WA.

After the war, Dorothea & Wes moved to Salem, Oregon.  They adopted daughters Karen & Diane.  Dorothea stayed at home to raise and care for their two daughters.

Dorothea loved animals gardening, & baking bread, cookies, cakes.  She participated in the Polk County and State Fair where she successfully earned many “BLUE” ribbons for her cakes and baked goods.

Diane Galloway, daughter, passed away in 2013 from cancer as well as Wes, her husband of 72 years, passed in 2015 from cancer.

We wish to express our thanks to Willamette Valley Caregivers and Serenity Hospice for their kindness and caring throughout mom’s last couple of weeks.

To send flowers to the family or plant a tree in memory of Dorothea Galloway, please visit Tribute Store
Friday
18
March

Share Your Memory of
Dorothea
Upload Your Memory View All Memories
Be the first to upload a memory!
Share A Memory
Send Flowers