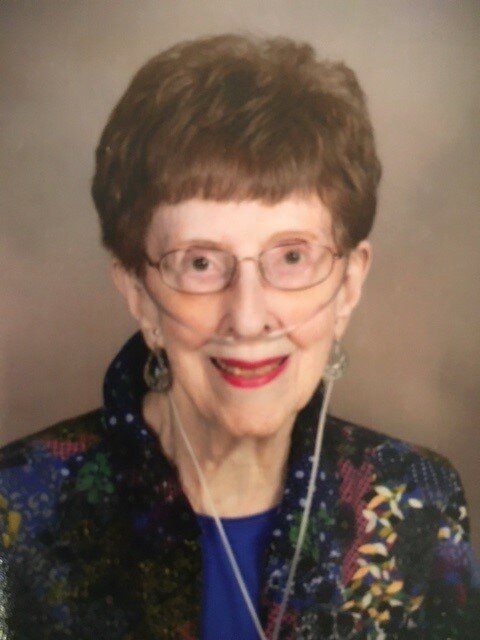 Marguerite Evelyn Moore, 92, died peacefully on February 25, 2022, in her home at the Edgewood Point Assisted Living Community in Beaverton, Oregon.

Marguerite was born in Heppner, Oregon on March 26, 1929 to Walter E. Moore and Georgia M. Loughney Moore.  Her parents moved the family to Pendleton, Oregon in 1934.  She attended St. Joseph Academy in Pendleton from the first through twelfth grades.  She was the Valedictorian of her high school senior class.

Marguerite attended the University of Oregon and majored in Business Administration.  She married James Chisholm in 1952.  They resided in Hermiston until 1957 when her husband was transferred to Salem.

Marguerite worked for the State of Oregon at the State Capital in Salem for many years during the Governor Mark Hatfield and Governor Tom McCall eras.  She was the personal and confidential secretary to the Director of the State Department of Finance who was appointed by and reported to the Governor.  She held several executive secretary positions while working for the State.  She moved to Portland in the early seventies and was employed by Sedgwick James in the Commercial Lines Dept. until she retired in 1996.

Marguerite cherished spending time with family and especially with her nieces and nephews.  She had a great sense of humor and loved a good joke.  Her interests were reading, including the newspaper, and staying apprised of local, national, and world news, and politics.  In her earlier years, she liked going out after work on outings with friends and co-workers, exploring Portland, dining out, dancing, walking, shopping, art galleries, museums, concerts in the parks, and enjoying many cultural experiences that Portland has to offer.

Favorite genres of music were jazz, big band and Pop, and she loved going to Portland Symphony Pops concerts.  Traveled throughout the United States and abroad.   She played the game of bridge for over 50 years and participated in multiple bridge clubs.  She was an avid Portland Trail Blazer fan, and followed a variety of sports teams.

Marguerite was a member at St. Michael the Archangel Catholic Church in Portland for thirty five plus years.  She volunteered at their Community Service programs including their Food Pantry.  She moved to Beaverton in 2017 and became a member at St. Cecilia Church.  She was a supporter of numerous charitable organizations.

Crown Memorial Center in Tualatin will be providing the arrangements.  Private interment will be at Olney Cemetery in Pendleton. Graveside service will be scheduled at a future date in Pendleton.

The family would like to thank the Brighton Hospice nurses and staff for their wonderful care, kindness, and compassion shown to Marguerite during the last few weeks of her life.  Thank you for your professional support and dedication to your patients.

Thank you to the staff at the Edgewood Point Assisted Living Community for their dedication, hard work, daily care and support they provided to Marguerite for the past five years.  All of your efforts taking care of Marguerite are truly appreciated.

Share Your Memory of
Marguerite
Upload Your Memory View All Memories
Be the first to upload a memory!
Share A Memory
Send Flowers