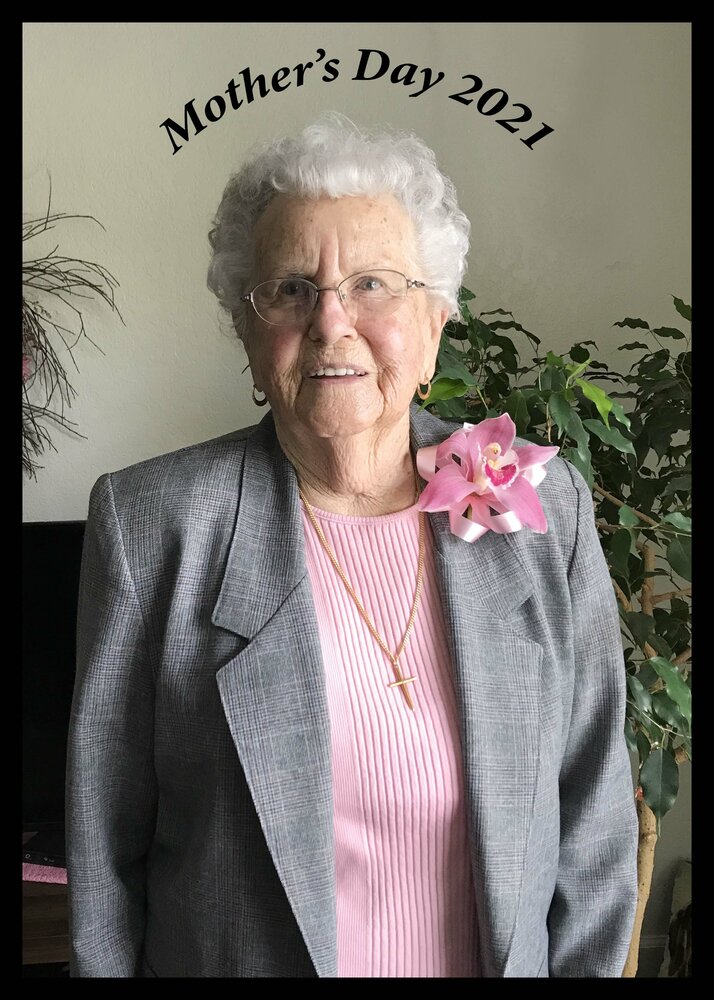 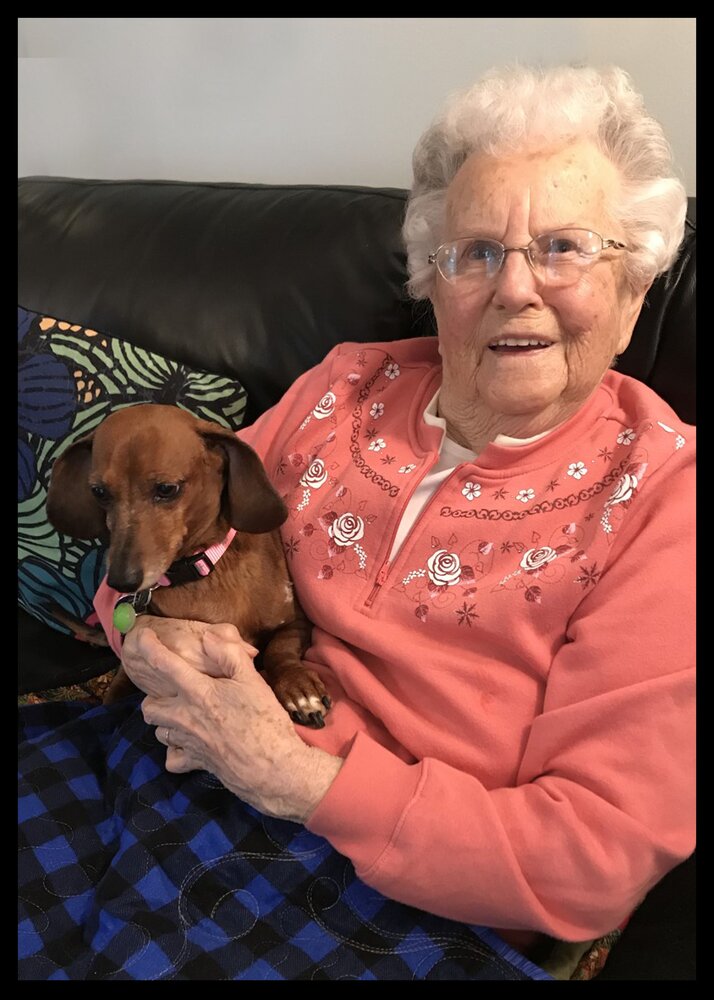 Obituary of Edna I Hobbs

Edna Irene Weiler was born in Oregon City, Oregon of German parents who came to the United States from what is now Ukraine/Moldova. She was the youngest of six children, the only one born in a hospital. She spent her early growing up years living on a farm in Beavercreek, Oregon, where the family attended a German speaking church and she went to school in a one-room school house where Mr. Gunther, “a crusty old German,” taught the kids to speak English.

The family moved to town when she was 12 and she attended local schools, graduating from Oregon City High School in 1942. During those years she worked at her brother Bernard’s Crème Freeze and at the State Theater where she was an usher, cashier and learned to run the movie projector (wage: 35 cents/hour). One day she noticed that there was this young man who continued to come to the theater several times--even watching the same movie more than once. Finally, he introduced himself as Everett Hobbs; eventually he became her husband.

It was war time. In 1942, Everett joined the Army Air Force and went off to do his training. While on a two-day pass from the service, Edna and he were married in Vancouver, Washington. Everett left for war two days later.

Everett’s plane was shot down over Hanover, Germany on his third mission. He was ended up in a prisoner-of-war camp for 22 months, Stalag 17B. These were difficult times for Edna as her only communication from Ev were letters censored by the German guards. Severely wounded, shot out of the sky, mistreated in the POW camp, surviving a long trek through the winter to freedom, when Ev returned, he was a different man. Many, many adjustments had to be made. But they grew to love each other again, and during the next few years Patti was born, then Sandi, then Larry. The family lived in different places: Gladstone, Aurora, Oregon City, Eugene, Roseburg, then Oregon City again.

In Roseburg, Edna and Everett began Square Dancing which they continued to enjoy through much of their lives. Summer vacations were spent with family and friends camping, water skiing, and fishing around the Bend area and at Prineville Reservoir. Falls were spent harvesting and canning fruit and vegetables and bringing in the filbert harvest.

They were very active in their church: First Presbyterian Church in Oregon City as deacons, singing in the choir, and leading the youth group. Edna was a Deacon, Everett was an elder. But in June of 1972, a significant event took place in their lives– “We took our (youth) group to Expo 72 in (Dallas) Texas. What a godly experience that was. We witnessed so many miracles. We would get in a huddle and pray about our problem, and the Lord would always, and I mean always answer our prayers.” Edna re-dedicated her life to the Lord there during the Billy Graham service; Everett and many of the high school kids trusted Jesus Christ as their Savior and Lord.

The couple moved to a farm in Wilsonville, then eventually to the senior estates in Woodburn. Their strong faithful commitment to one another lasted 56 years until Everett died in 1999.

In 2018 after breaking her pelvis, Edna moved from her home on Columbia Drive to Cascade Park senior living, where she continued to serve others; reading to an elderly man who was hard of hearing; visiting with, writing cards with and even shopping with a lady who was blind.

“I love people, and I did and do a lot of volunteering. It made my life a lot richer to help other people.”

Edna did love people. And her love for people flowed from her love for and being loved by God. She brought joy and laughter to all those who were around her. Whether at church, at Cascade Park or even out in public. With Edna there were no strangers.

After suffering a stroke on New Year’s Day, she died peacefully in her sleep Sunday, March 6, in the home that she and her husband Everett had built for themselves in Wilsonville, Oregon. As she took her last breath, the words of a song on the radio were heard: “It is well with my soul.”

A memorial service and celebration of Edna’s life was held Saturday, March 12 at Hoodview Church of God in Woodburn.

A person is never so much alive, as when they die in Jesus.

Share Your Memory of
Edna
Upload Your Memory View All Memories
Be the first to upload a memory!
Share A Memory
Send Flowers