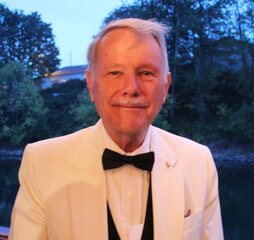 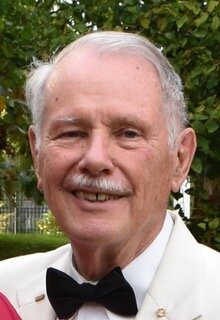 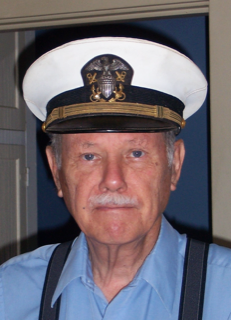 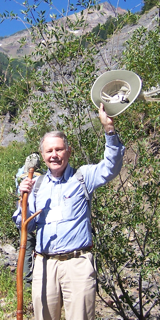 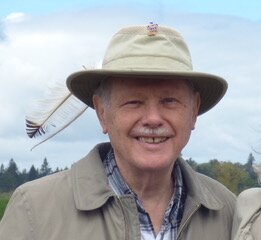 On 7 October 1935, in the tiny remote town of Sweet Grass in the far northern Montana prairie, David K. Engen was born to B. Doris Friend, an elementary school teacher, and Joseph A. Engen, an oil worker. David joked that in another 50 feet, he would have been born a Canadian. In 1944, his father moved to Saudi Arabia to help open the Arabian oil fields, with the Arabian American Oil Company (Aramco). Two years later, the family followed, eventually living for many years in Rastanura, Arabia. In 1947, David and other American children were invited to meet the then King Abdulaziz ibn Saud. David was sent to the American Community School in Beirut, Lebanon, for High School. He remained fast friends throughout his whole life with those friends from Arabia and his school in Beirut.

Returning to the States, he obtained an engineering degree from the University of Colorado, joined the Navy, entered Officers’ Candidate School, and became a Naval Officer, eventually rising to the rank of Lieutenant. He served aboard the Navy’s flagship during the Vietnam conflict as the Communication Officer and spent many months stationed in Diego Garcia, in the Indian Ocean. After leaving the Navy, he joined the Merchant Services, navigating very large cargo ships to ports all over the world, working his way up to Captain, and “Master of Power Vessels of any Gross Tons Upon Oceans.” He loved the open seas, but his passion was celestial navigation, (a skill now mostly lost due to GPS and satellite interventions). He was very proud of his accuracy.

In 1984, David married Kasia Quillinan, a lawyer, whom he met in a French class. He joked they could now call themselves QE2.

He retired from the ocean in the late 1980s. David was always heavily involved in environmental causes and organizations. He was a founding member of an organization for ship modelers and maritime historians, the Nautical Society of Oregon, and the Oregon Maritime Museum in Portland, Oregon, as well as assisting in the restoration of “The Portland,” the last stern paddlewheel tugboat on the Willamette River. He organized several Ship Modeling conventions, where he took prizes for his scratch-built models of 18th-century sailing ships. Due to his extensive expertise in maritime history, in 2007, he was invited to participate in a two-week conference on Maritime issues, at the Royal Naval Academy in Greenwich, England, focusing on Ships of the Line. He wrote journal articles for the Nautical Research Guild. David was fascinated by the history of all eras, especially military history.

David participated in many community activities and organizations, including the Democratic Party, 1000 Friends of Oregon, Friends of Marion County, and the Oregon League of Conservation Voters. He was very instrumental in changing City policy regarding land-use issues, and helped found CityWatch, an activist group focused on land-use and governmental relations. He served on the Salem’s Parks Board and was chair of the Neighborhood Association. David was a great political campaigner. He could convince anyone to sign a petition or vote for a candidate. He was fearless and tireless.

In 2000, David joined the Institute for Continued Learning at Willamette University, a senior life-long learning program. He served on the Curriculum Committee, gave many presentations on maritime history, and he was always the first to ask a question of the presenter. He loved hiking and camping and enjoyed the Chemeketan annual outings. He was seldom seen without his prized Tilley Hat and hand-carved walking stick. Up until a few months before his death, he was still doing 32 pushups every morning and walking two miles per day. He was passionate about planting trees in parks, along major streets, and in his neighborhood as part of a tree canopy project. In Feb. 2022, a few weeks before his death, the city of Salem dedicated a park bench to David for his lifelong service to the community.

He is survived by his wife of 37 years, and various nieces and nephews. He will be honored at Willamette National Cemetery in Portland, Oregon, on May 6. Donations in his memory may be made to Friends of Marion County, an affiliate of 1000 Friends of Oregon, P.O. Box 3274, Salem, Or. 97302.

To send flowers to the family or plant a tree in memory of David Engen, please visit Tribute Store
Friday
6
May