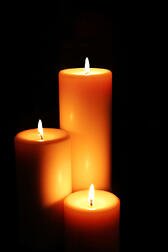 William Edward Brauner, or “Bill” as he was known by family and friends, was born in Rochester, New York on April 11, 1949. At age 6, his father moved the family out west in pursuit of a job opportunity. Bill’s formative years were spent in Los Altos, CA where he developed a love for fishing and mischief that he would carry throughout his life. Bill went on to graduate from Awalt High school as a talented athlete who lettered in all 4 sports. Bill attended the University of Oregon in Eugene and had the confidence and talent to “walk on” to the football team where he earned a scholarship for his accomplishments. He was also a member and president of the Delta Tau Delta fraternity his senior year. In 1971, Bill graduated from the University of Oregon with a degree in mechanical engineering.

Always a tinkerer, inventor and entrepreneur, Bill started two successful businesses in the Bay Area both centered on product development. In this role, Bill traveled to China 31 times to develop contracts and supervise work in the factories there. As a co-founder of “StreamWorks, ”Bill created new tools and gadgets related to his #1 passion- fly fishing.

After retiring in 2014, Bill was able to spend time more time with fly fishing and fly tying, and with his other hobbies which included photography, digital art, hiking, golf, cycling and traveling. Bill shared his love of fly tying with the community- volunteering at the local children’s camp and teaching the skill to veterans with Spinal cord injuries. He also developed his skills as a photographer and digital artist and participated in many local arts shows. He was known for his fabulous ribs, delicious burgers and tacos, and at Greenhorn Creek, where he lived for 12 years, he was known for his annual Rib & Dart party and ping pong tournaments.

Bill was a kind and generous person and his greatest joy was in doing things for other people. He had a great sense of humor, infectious laugh and a permanent twinkle in his blue eyes. He was happiest when with his family– enjoying time outdoors fishing and taking photographs with his two sons, Brent and Brian, and exploring the Pacific Northwest on his electric bike, golfing and traveling with his wife Mary.

On March 30th, 2022, Bill passed away from a rare form of cancer. He is preceded in death by his parents Evelyn and Henry Brauner. He leaves behind his wife Mary, his two sons Brent and Brian, his brother Alan Brauner and two step daughters Ali Baiardo and Blair Hennessy and their families. Bill is adored by many and leaves behind many close friends, one who remarked that the best thing about him was that everyone thought that, “they were Bill’s best friend”.

Share Your Memory of
William
Upload Your Memory View All Memories
Be the first to upload a memory!
Share A Memory