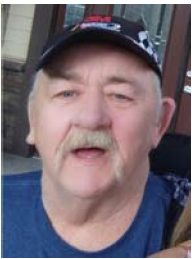 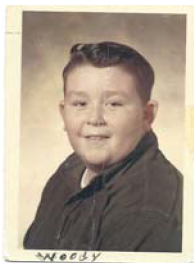 Woody was a resident at Clackamas View Senior Living in Milwaukie, OR since January 2020.

Woody was born in Dunn Center, N.D. to Robert M. and Maletta Lanter.  He was the youngest of five brothers.  The family moved to the Portland, OR area in 1957.

He attended Clackamas High School graduating in 1974.  That year he was recognized as the league’s Most Valuable Player in baseball.

He was employed by Thompson’s Columbia Pacific Adjustors from 1975 to 2015, repossessing vehicles, etc.  He retired in March 2015 with disability benefits.

Woody was always playing softball primarily in the Portland Metro League.  His team (Stark Street Pizza) won the 1977 slow pitch tournament as well as a regional tournament.  The team finished sixth out of 64 teams at the national tournament in Richmond, Virginia.  Woody also enjoyed spending time with his daughter and grand kids, restoring or working on older vehicles as well as fishing.

Woody married Stephanie Anne Peairs on April 17, 1982.  The marriage was dissolved after a few years.

Woody is survived by a daughter, Rieanna (Roberts) Lyda (41) of Pendleton, Oregon, three grandchildren, Hailei (19), Mitchell (16), and Kaitlyn (12) and three older brothers, Floyd, Gerald, and Clint.  He was preceded in death by his parents and an older brother (Ken) who passed in December 2018 at age 71.

At his request, he will be cremated and no public service will be held.  Cremation services are being provided by Crown Memorial Center, Milwaukie, OR.