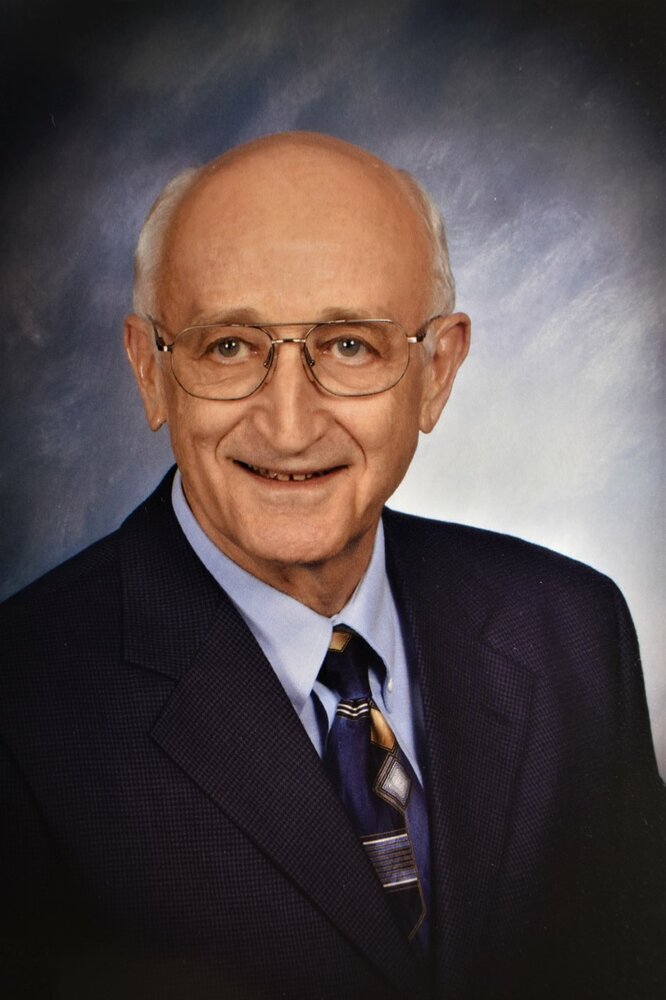 J. H. Law passed peacefully in his sleep on May 1, 2022 at his home in Beaverton, OR. A memorial service will be held at Parkside Fellowship at 5755 SW Erickson Ave in Beaverton, on Saturday, June 4th at 2:00 pm.

He was born August 4th, 1933 in Roosevelt, Oklahoma to Curtis and Adnie Law. He grew up on a farm with his three brothers and one sister. He graduated from Roosevelt High School in 1951 and went to Cameron Jr. College in Lawton, Oklahoma for two years, and then to Wayland Baptist College in Plainview, Texas. He graduated from Wayland in 1955 with a Bachelor of Science degree. In the fall of 1955 Jean enrolled at the New Orleans Theological Seminary, where he received a Master of Theology degree in 1958.

Jean began dating Maxine Guin during his senior year at Wayland, where they were both students. They were married in August of 1957 in Plainview, Texas. In the fall of 1958, he began teaching school and pastoring a small church in Floydada, Texas.

The Laws were appointed as missionaries to Kenya by the Southern Baptist Foreign Mission Board in August, 1962. Jean taught science and served, for two years, as headmaster of a mission school in Mombasa, before returning to the U.S. in August 1969.

Jean enrolled at Texas Tech University, in Lubbock, Texas, where he received the Doctor of Education degree in 1973 and accepted a teaching position at Howard Payne University in Brownwood, Texas, where he taught for nineteen years.

Jean was preceded in death by his parents, Curtis and Adnie Law, his brother John, and sister, Judy. He is survived by his wife Maxine, his son Timothy (Marion), two brothers, Jim and Joe, two granddaughters, Kristy Torpey (Steven) and Kacey Law, and four great grandchildren, Jackson, Everleigh, Rowan, and Scarlett Torpey.

In lieu of flowers, donations may be made in support of Water for All International.

Share Your Memory of
Jean
Upload Your Memory View All Memories
Be the first to upload a memory!
Share A Memory