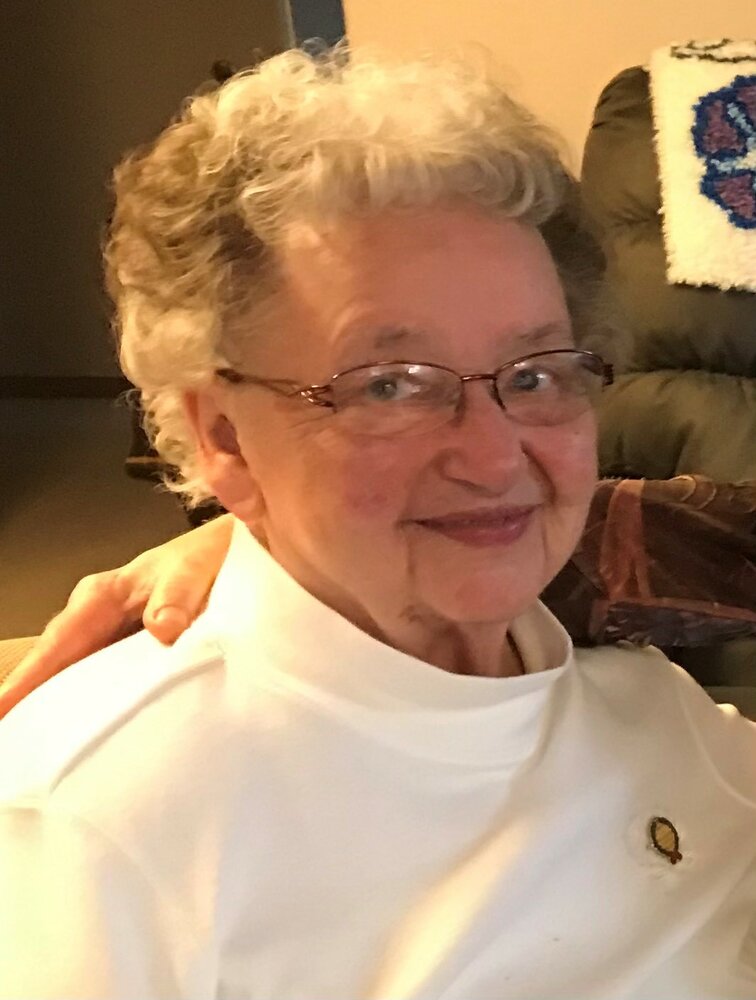 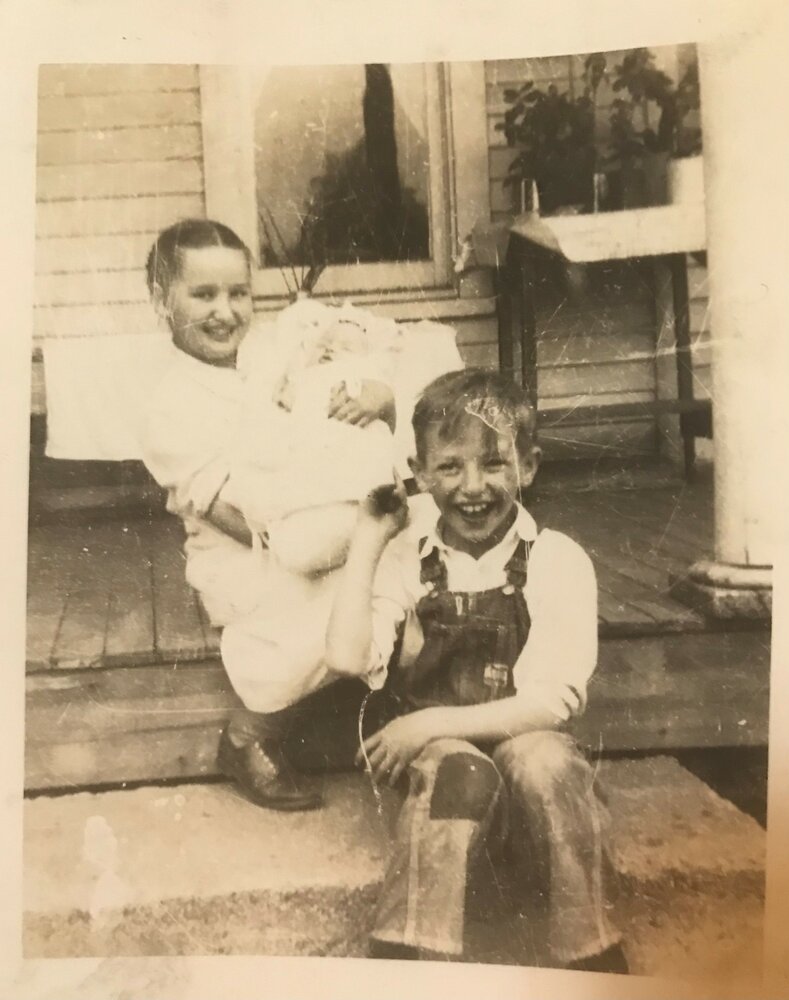 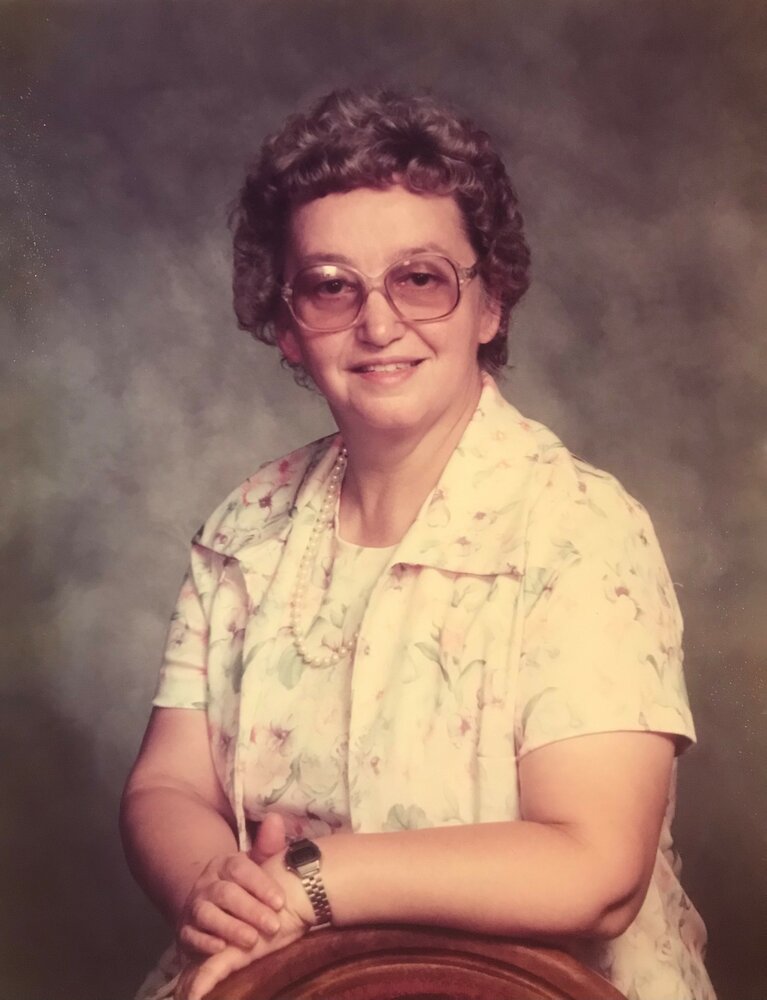 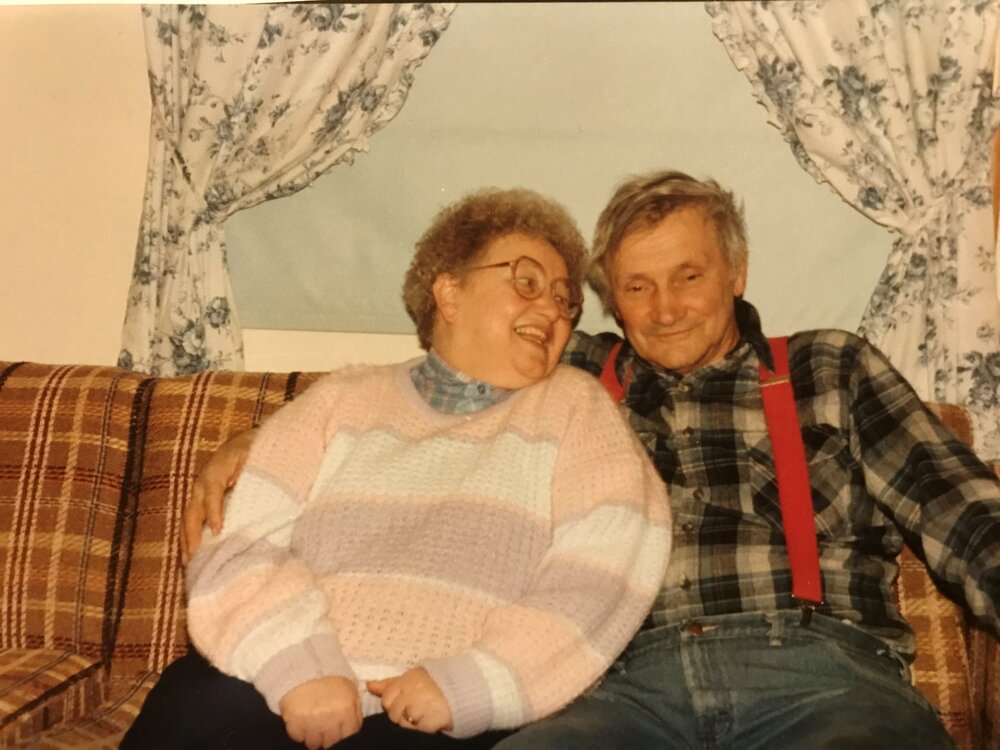 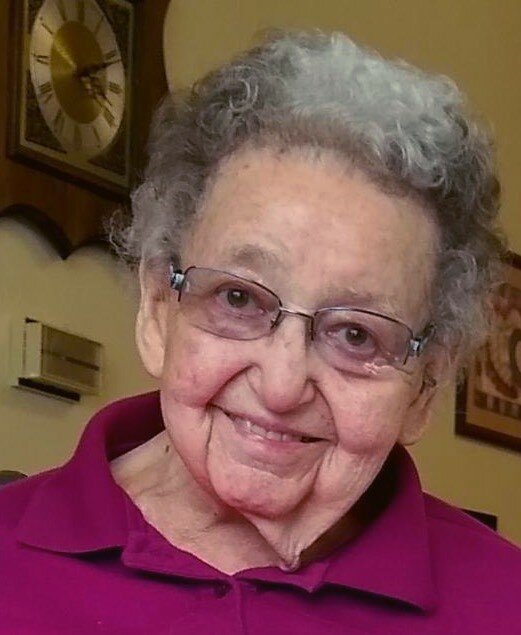 Fannie Mae (Miller) Troyer was born March 3, 1931, in Goshen, Indiana, to Milo J. and Susie (Bontrager) Miller. She grew up, the only girl with 5 brothers.

Growing up on a farm, she loved the outdoors, and had no problem keeping busy outside, riding the pony, helping her mother in the garden, and exploring the back woods with her younger brother. Fannie Mae lived most of her childhood and youth years in Goshen, Indiana, except for 2 years as a teenager, when they lived in Kalona, Iowa.

Fannie always loved going to school, but when they moved back to Indiana, at age 16, she wasn’t able to finish high school. A number of years later, she worked on and completed her GED, in 1979, at age 48! That was a great accomplishment in her life!

On April 15, 1951, Fannie Mae married Alvin J Miller of Goshen, Indiana, son of Oba J and Fannie C Miller. Shortly after they were married, they moved to Flint, MI, to assist with a church planting outreach there. While in Flint their 3 oldest children, Paul, Miriam (Mim), and Jonathan, were born; in 1960 the young family moved to Goshen, IN, where their youngest son, Titus, was born.

Some of Fannie’s favorite activities with her family was camping in the summer and playing table games together. Through the years, Fannie continued to enjoy playing table games. In her later years she wouldn’t miss the weekly flag dominoes games with other residents at the Hope Village Meadows apartments; she looked forward to playing dominoes with her son and daughter-in-law nearly every weekend for the past 3+ years (and eagerly anticipated beating them every time!), and even learned to enjoy playing bingo while living at Hope Village Assisted Living Facility.

Fannie worked at various jobs through the years, including housekeeping, secretarial, caregiving, and cooking in schools, hospitals, and nursing homes. Following the divorce of Fannie and Alvin in 1976, Fannie continued working as a caregiver at Greencroft Assisted Living Facilities in Goshen, IN.

In 1984 Fannie moved from Indiana to Canby, OR, where she married Paul M Troyer, Sr, son of John L and Anna (Miller) Troyer, on October 27, 1984. Paul and Fannie lived in Canby, Hubbard, and Milwaukie, Oregon, before returning to Canby.  They also enjoyed many years of camping, some traveling, and playing table games!

Fannie accepted Christ as her Lord and Savior at an early age in life, and never wavered in her faith and service to the Lord.  She served as a Sunday School and Bible School teacher for children’s classes for many years and enjoyed attending and leading ladies Bible Studies and prayer meetings.

Paul and Fannie attended Bethany Church in Canby for many years. In later years they were members of Bridge to Life Fellowship in Canby.  After Paul’s retirement they took up the hobby of sewing, quilting, and knotting quilts and comforters to give away; each of their children and grandchildren were recipients, as well as mission outreaches, an orphanage and homeless in Mexico, and prison ministry benefit auctions. Fannie was also a grader and grading coordinator for the Gospel Echoes Prison Ministry Bible Correspondence courses that prisoners have an opportunity to complete.

With Fannie’s outgoing personality, she often found numerous ways to get involved helping people and serving others. She liked meeting new people and welcoming them to activities she was involved with. She accepted people who they were, regardless.

In memory of Fannie Troyer, memorial contributions can be made to Gospel Echoes Northwest, in her name, (PO Box 255, Tangent, OR 97389).

Share Your Memory of
Fannie
Upload Your Memory View All Memories
Be the first to upload a memory!
Share A Memory
Send Flowers