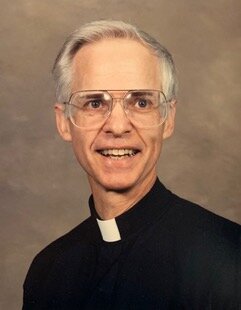 Carl Byron Holland, 83, of Tigard, OR and formerly of Weatherly, Pennsylvania, died May 11, 2022, at Farmington Square, Tualatin, where he had recently become a part of the Memory Care Community. Carl was the husband of Susan Dell Terrill Holland. Born in Weatherly, PA on June 26th, 1938, he was the youngest son of the late Rev. Charles Frederick Holland and Ruth Mae Krick Holland.

Carl attended Michigan State University on a full band scholarship. He earned a Bachelor of Arts from Michigan State, a Master of Divinity from Chicago Lutheran Theological Seminary-Maywood, IL., and a Master of Science from University of Illinois School of Library Science. He was ordained into the Lutheran ministry May 20, 1964, and served congregations in Illinois, Indiana, and Ohio. He worked with the public library systems in Washington and Indiana, establishing and leading a library program for nursing homes, jails, and the McNeil Island Federal Prison in Puget Sound, WA., to provide personalized access to books, film, art, and sculpture, in collaboration with the Pierce County Library System.

A graveside service will be held at St Anthony’s Cemetery in Tigard, OR, Wednesday, May 18th, at 1 pm. In lieu of flowers, the family requests donations be made to the Parkinson's Foundation (Tribute Page https://bit.ly/3PfF321) or in Carl’s name to the Foundation mailing address 200 SE 1st Street, Suite 800, Miami, FL 33131.

Share Your Memory of
Carl
Upload Your Memory View All Memories
Be the first to upload a memory!
Share A Memory