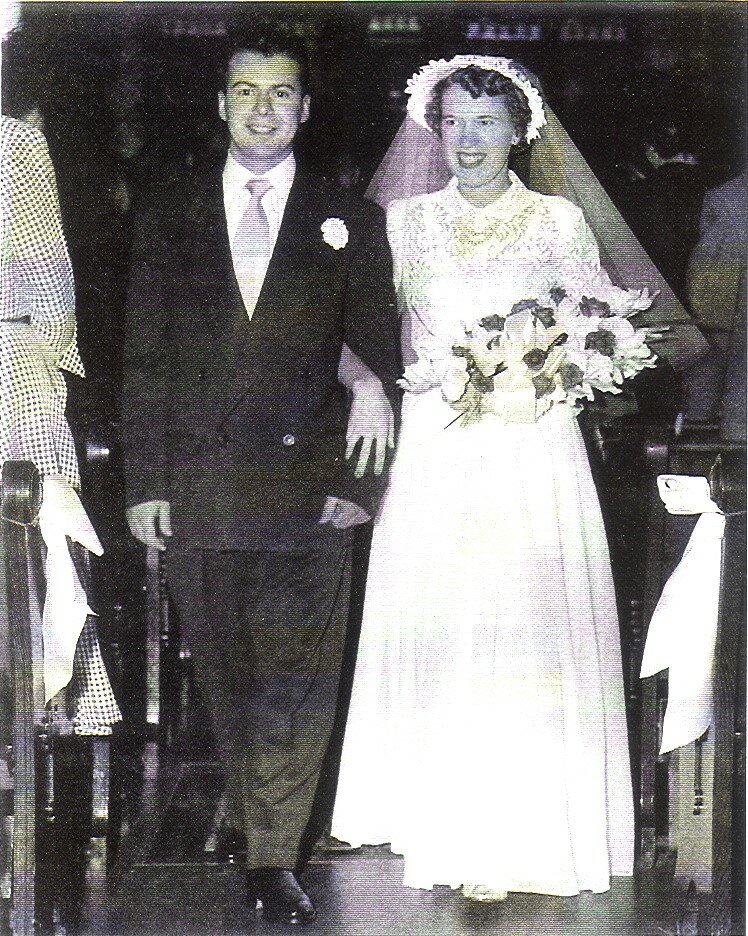 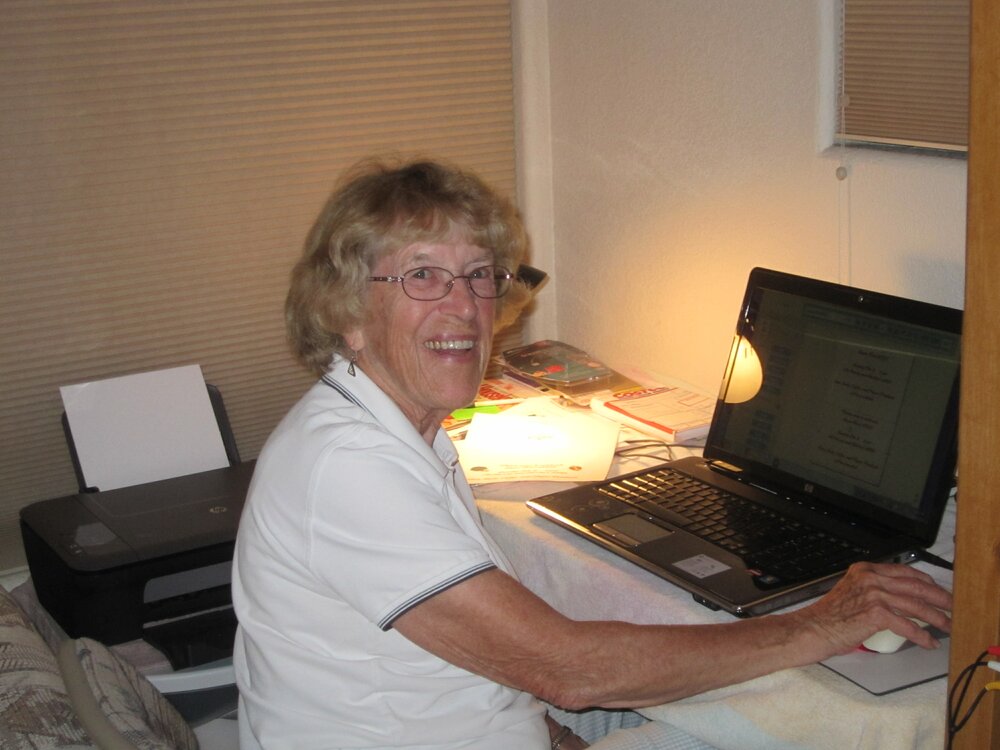 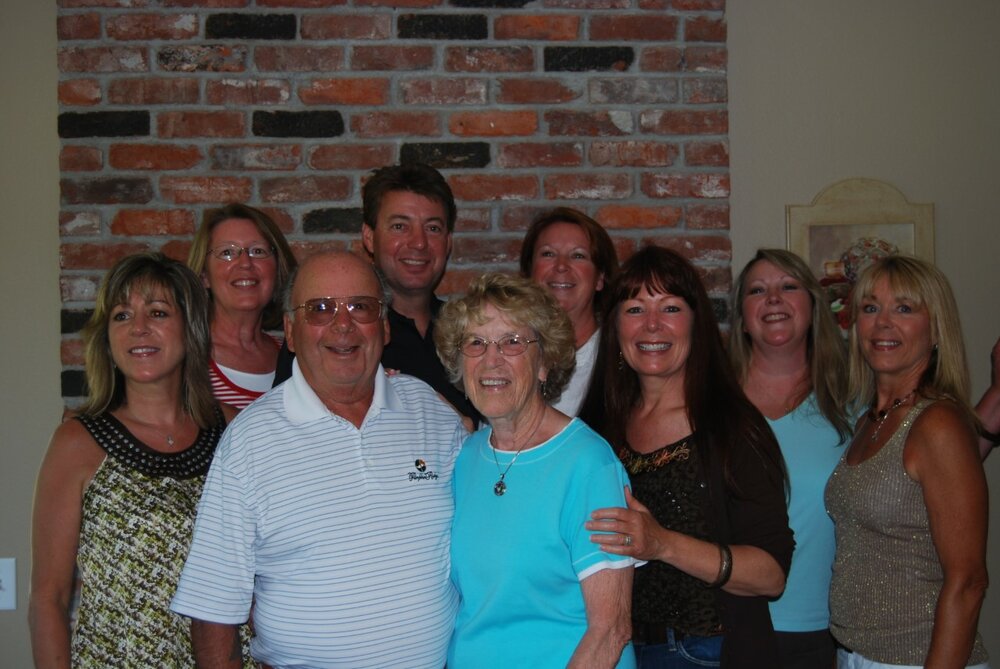 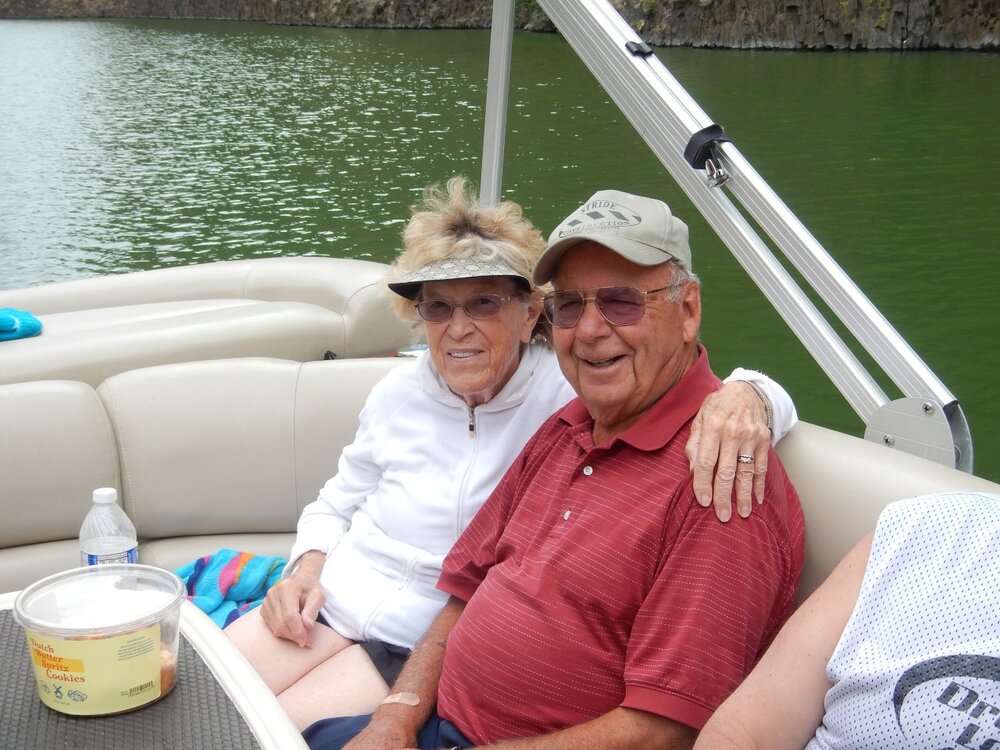 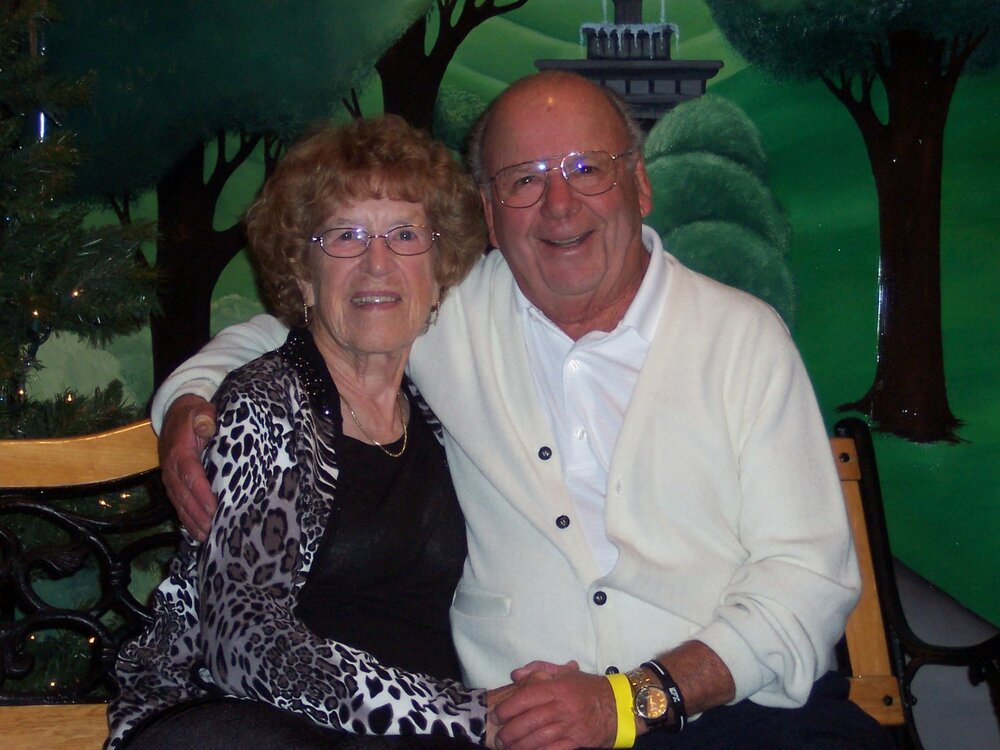 Mary Josephine Coughlin entered into eternal life at the age of 94, on May 25, 2022. She
was born on March 19, 1928 in Winnipeg, Manitoba, Canada. Her parents were Thomas
Kent and Annie Love, both born and raised in Scotland. They met and married in
Winnipeg where they raised their three children; Nancy, Tommy and wee Mary. Mary’s
Father, “Papa”, worked for the Canadian Pacific Railroad and her mother, Annie, was a
homemaker and piano teacher. She often played live piano for the silent movies.

Mary attended St. Anne’s grade school in St. James, Manitoba where she excelled
academically, being promoted a grade level. She received a scholarship to St. Mary’s
Academy High School and graduated at age 15. She immediately began her career in
banking at Dominion Bank. In addition to her gift for numbers, Mary was also an
accomplished seamstress and ice skater.

In 1947, Mary met the “God appointed” love of her life, Daniel Joseph Coughlin. They
met at Mass one Sunday morning while they were each vacationing with friends at Lake
Winnipeg. And the rest is history…

Mary and Danny Coughlin were married on September 9, 1950 at St. Anne’s Church in
St. James. They had their first two daughters, Nancy and Laurie in Winnipeg. In 1954
the four of them ventured off from Canada to the States, in search of warmer weather,
with her brother Tommy and his family. With prompting from their dear friends, the
McKenzie’s, they settled in Aloha, Oregon where they continued to grow their family
with Mary, Greg, Sheila and Sharon (twins) and Kelley. There were many years of
treasured family experiences with her older brother Tommy Kent, his wife Helen and
Mary's three nephews; Tom, Ron and Doug.

Mary and Dan were members of St. Cecelia’s Catholic Church in Beaverton and were
active in CFM (Christian Family Movement) where they met their life-long friends, the
Leipzigs (among many others) who were the inspiration to join St. John Fisher Parish and
move into the beloved yellow farm house on the hill. As St. John Fisher parishioners,
Mary (and Dan) supported the Altar Society, were active with St. Vincent de Paul, served
at the migrant camps providing food, clothing and loving support. They were active in
St. John Fisher School where their 7 children attended and served as Parents Club
President Couple as well as many other volunteer projects. Providing the opportunity for
a Catholic education for their 7 children was clearly a priority for Mary.
In the 1960’s, Mary returned to her banking career, working nights and tending to all of
the needs of her family by day. In 1990, Mary retired completing a 22-year career with US
Bank.

Mary was well known for her active lifestyle. She and Dan were in a Curling League for
many years and she loved her step aerobics! Mary always enjoyed traveling and
navigating road trips, camping trips, RVing, Hawaiian Island excursions and overseas
adventures. She especially LOVED “cutting a rug” with her dear Danny boy!

In 1993, that active lifestyle progressed as they became “snowbirds.” Once again
following the lead of dear friends, they began heading south for what has now been 30
years of tennis, golf, zumba, biking, sunshine, more dancing and, most importantly,
spending precious time with many dear friends and loved ones in Mesa, Arizona. Mary
loved having her family visit and sharing her “little piece of paradise” right up to this past
March when they all celebrated her 94th Birthday! In 2005 Mary and Dan moved to the
beautiful Summerfield community where friendships with her dear friends and neighbors
continued to flourish, as did Mary's tennis and golf. Mary was a member of the
Summerfield Ladies Golf Group and at 94 was still playing golf a minimum of twice a
week.

Mary and Dan were blessed with over 71 years of marriage. By the grace of God, Mary
was blessed with a long, vibrant, healthy and fruitful life until suffering a stroke just 10
days prior to her passing. During those 10 days, she was still able to communicate love
and consolation to each of us and visibly express thanks and praise to her God.
Mary was preceded in death by her daughter, Sheila Crossman and Sheila’s husband
Steve. She is survived by her husband, Dan, her children Nancy Kern (Dan), Laurie
Streed (Gwain), Mary Bleckinger (Craig), Gregory Coughlin (Tinia), Sharon Knight
(Kasey), Kelley Lauritzon (Paul), 21 grandchildren and 22 great grandchildren (with #23
on the way!)

Mary left many beautiful gifts for all of us, gifts to be treasured and passed on forever. In
the words of her loving husband:

NEVER FORGOTTEN!
“Memories of Mary”
A BOOK SCRIPTED IN MY HEART!
TO BE RELEASED IN HEAVEN
Thank you, Mary.
Dan

To send flowers to the family or plant a tree in memory of Mary Coughlin, please visit Tribute Store
Thursday
2
June