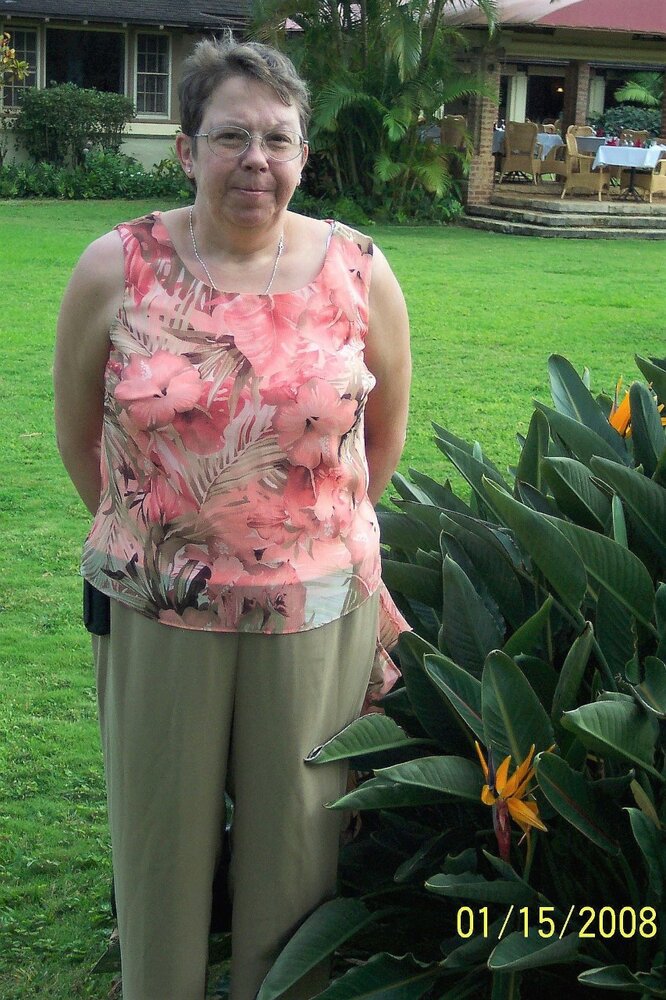 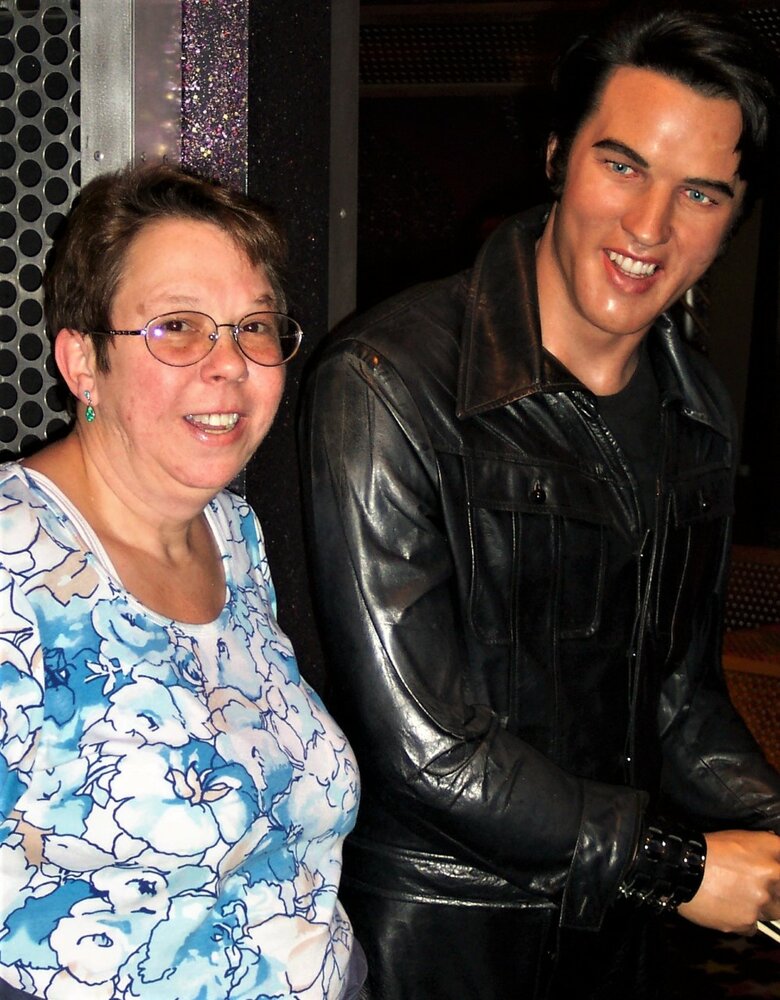 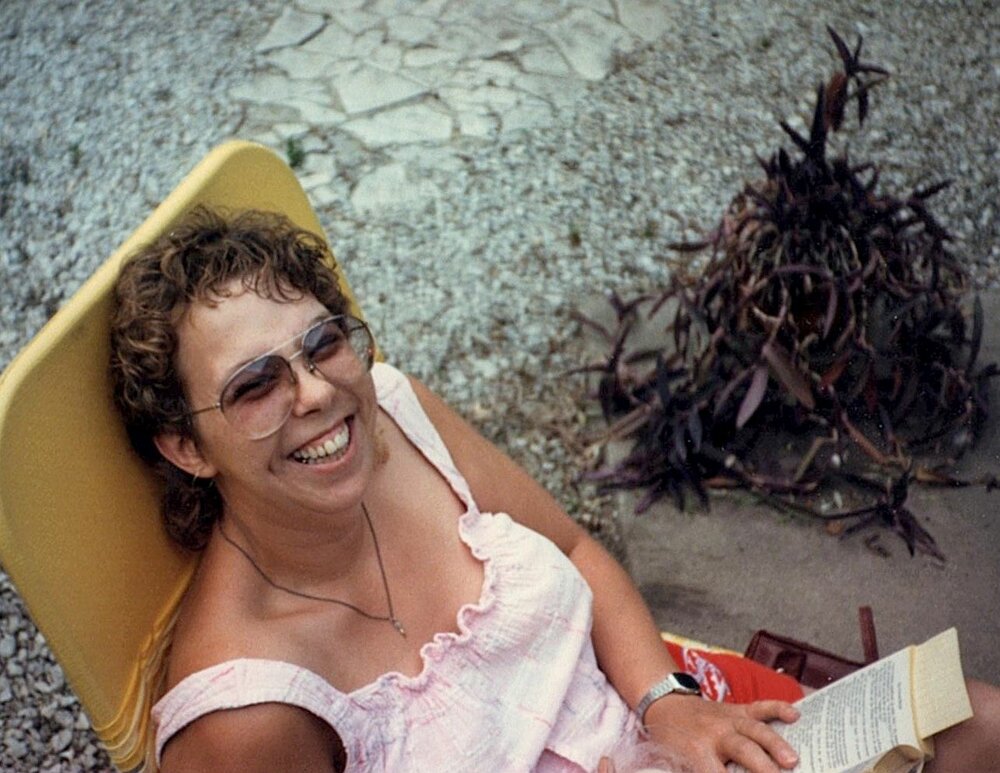 Anna Marie Holub (Annie) Condit passed away quietly on June 9, 2022 at her home in Beaverton, OR. Annie was a wonderful and loving wife of 39 years to Ken Condit; a beloved daughter to James and Helen (nee Noort) Holub; a cherished sister to Karen Loomis, Sandy Guildoo and Helen Sprague; and a caring aunt to Tiffany Sorenson, James Loomis, Michael Guildoo, Lisa Wallace, Drew Albrecht and Robbie Albrecht. Annie was preceded in death by her sister Karen, mother Helen and father Jim.

Born in Cleveland, OH, Annie grew up first in Cleveland and later in the nearby suburb of Brook Park. The youngest of four daughters, Annie would say sometimes it seemed she was the son her father never had and, as a result, developed a strong interest in local sports teams. She retained a strong bond with her father over his long lifeand across great distances.

Annie graduated from Midpark High School in 1973 and while attending Midpark was active in the school band. In 1978, she became the fourth Holub daughter to graduate from Ohio State when she received a Bachelor of Arts in Journalism and Public Relations. Annie began graduate studies in California while in her 40s and in 1999 obtained an MBA from Marylhurst University near Portland, OR.

Annie met her future husband, Ken, in 1981 while they both worked for the State of Ohio Environmental Protection Agency in Columbus, OH. They married in Ohio in 1983, moved to Orange County, CA in 1985, and then migrated to the Portland, OR area in 1995.

For most of her life, Annie was an out going person who had a youthful spirit and enjoyed many different social activities. She also liked to cook and to read a variety of novels from Stephen King to Danielle Steel to Jennifer Cruise and many others in between.

Annie and Ken enjoyed traveling and attending music festivals together, particularly traditional Jazz and Blues festivals. Annie got the two of them active in volunteering at these festivals and she wound up serving as volunteer coordinator for the L.A. Classic Jazz Festival, the Big-Time Blues Festival in Long Beach, CA and the Sisters Jazz Festival in Central OR. For several years she coordinated backstage volunteers for the Waterfront Blues Festival in Portland and was also a volunteer for the Cascade Blues Association in Northwest OR.

Annie began playing steel-tipped darts while living in Columbus, OH and she was active first in the Central Ohio Dart Association and later in the Tri-Counties Dart Conference in CA. She played competitively on league teams in both organizations and periodically played in dart tournaments in both the Midwest and Southwest during the 1980s and ‘90s.

For her day jobs, Annie worked as an office administrator for a variety of enterprises. Perhaps her most rewarding job was an eight-year stint as the office manager and human resources officer for International Automotive Group in Laguna Hills, CA. She worked with the Ohio EPA for five years and she completed her career working for Co Source USA in Portland until 2007.

Annie was diagnosed with Type 1 diabetes following a thyroid infection when she was in her mid-20s and had to take insulin injections to manage the diabetes every day for the remainder of her life (over 42 years). Her health declined over recent years and it took a toll on her spirit. She eventually succumbed to heart failure and vascular disease that were complications from the diabetes.

We hope those who knew and cared about Annie will memorialize her and celebrate her life in their own way. We ask that anyone so moved consider a memorial donation in Annie’s honor to either the Juvenile Diabetes Research Foundation (https://www.jdrf.org/donate/, Ways to Donate -JDRF) or the American Diabetes Association (https://diabetes.org/-Ways to Give).

Share Your Memory of
Anna
Upload Your Memory View All Memories
Be the first to upload a memory!
Share A Memory