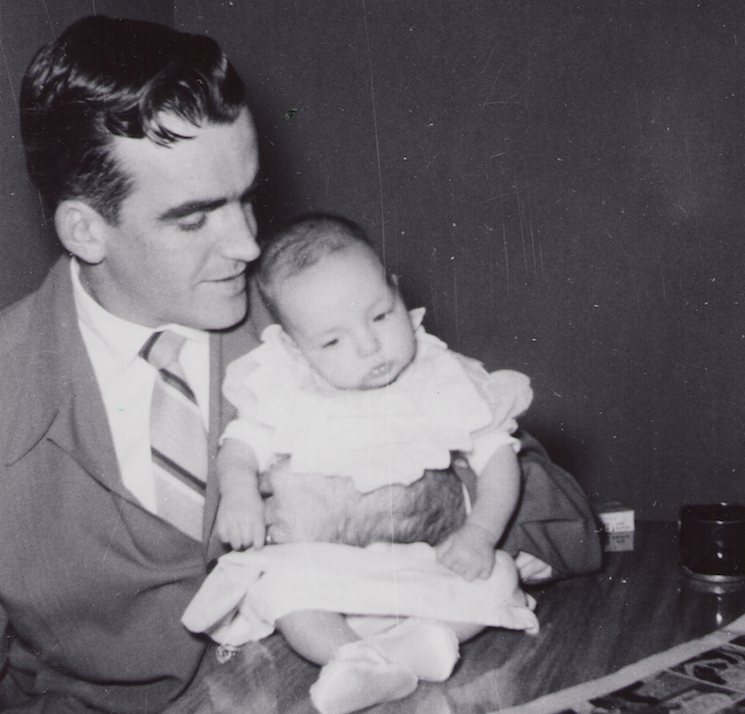 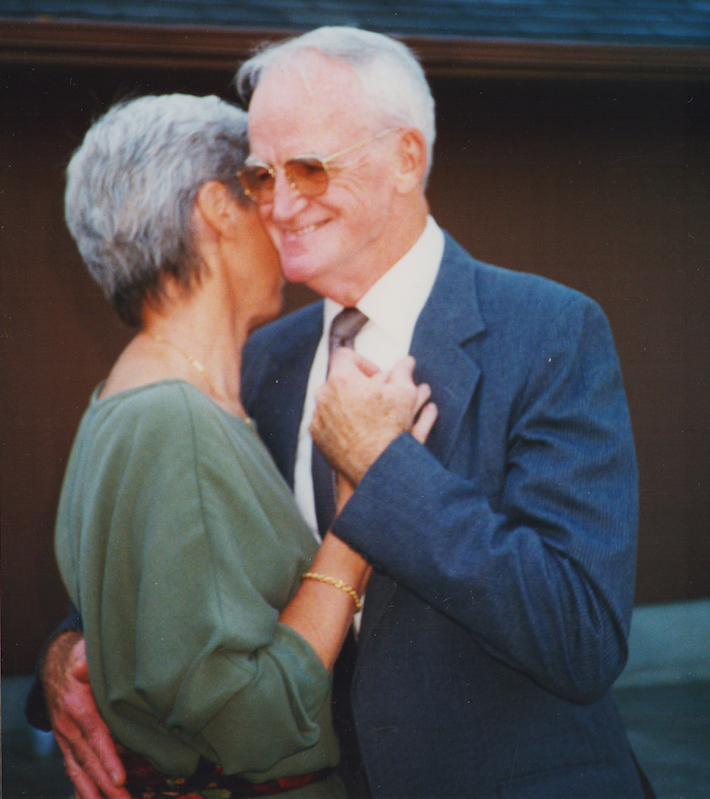 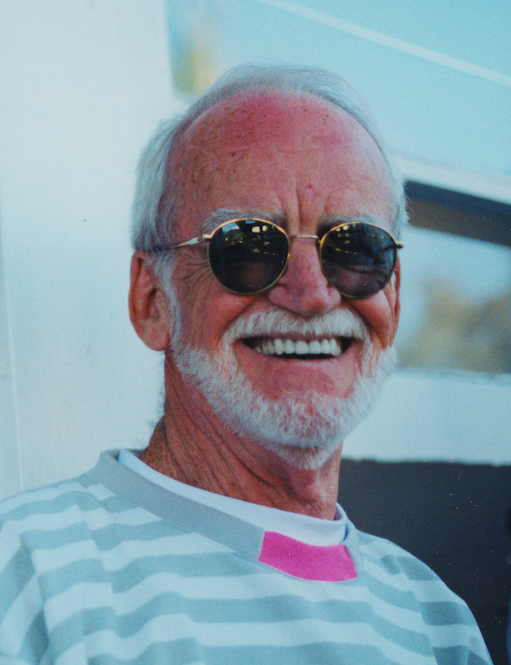 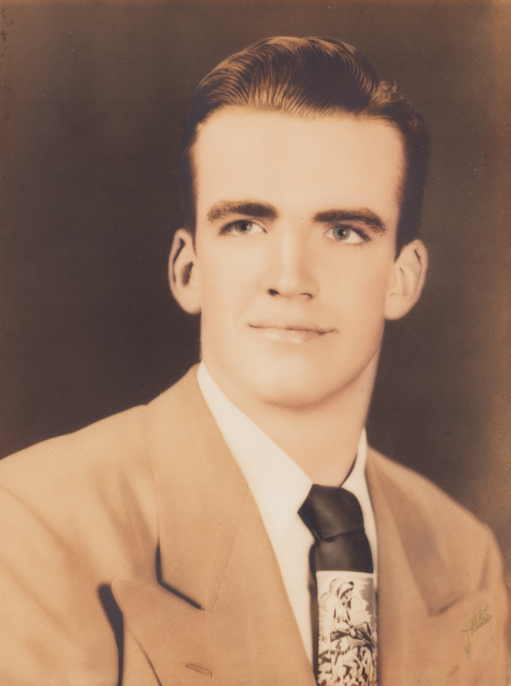 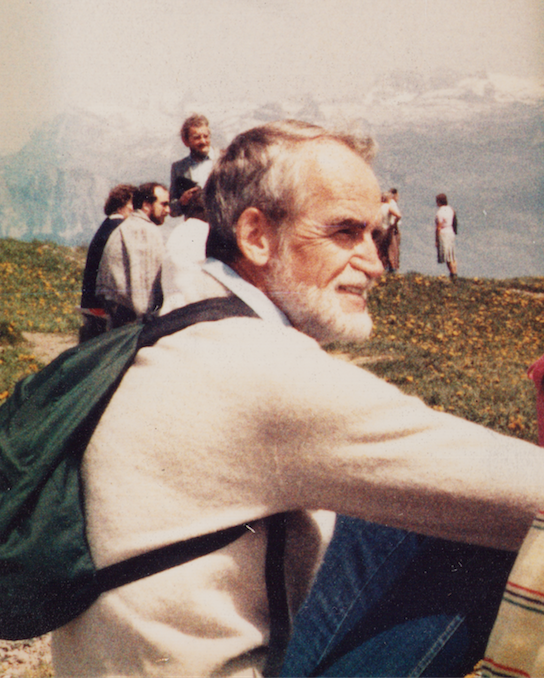 Survived by his wife Lois, 5 children, and many grandchildren and great-grandchildren.Charlie was born in Somerset, Massachusetts, the son of Charles and Mary Bottomley. "My recollections are that our home was full of love and dad kept it interesting and entertaining for us. In the summertime, after he got off work he would take us to swim at the river. We always saw the circus come to town and he made sure we never missed any fireworks displays."

At the age of 10 he start caddying on weekends at the local golf course. "When offered a fee of 35 cents for carrying a bag for 18 holes and the prospect of a 'real job', well what ten year old could resist?"

This would last for six years until "I found that basketball and girls more readily held my interest." This experience was the source of many stories he'd relate to his family, and eventually put into writing.

"My parents heard it over and over, “If he would just apply himself he could get better grades”. Unfortunately it never motivated me to work harder. My grades were enough to get by but never good enough to make me college material. My idea of how to get into college was through athletics, but that didn’t work out either."

After a brief tour in the Army followed by 9 months of factory work, Charlie moved to California where he met and married Lois and raised 6 children.

"The thing I feel bad about is that I did not insist that our children work harder at their school work. I don't think I ever felt that just because I didn't attend college it wasn't necessary for our children. It had more to do with my feeling that I did not want my children to think of me as a domineering parent. That I wanted them to have as much independence as I considered practical. I realize now that parenting is more than being around and being a nice guy. It requires expressing discipline and I should have exerted more. Only one of our children attended 4 years of college. But in spite of my lack of leadership they have all turned out to be good citizens. Maybe not the best educated but certainly, in each case, they have been successful in their own way, and proven a source of great pride to their parents."

Charlie had a long and rewarding career in finance, starting as a teller-trainee and working his way up to CEO of a Savings and Loan. He remained involved in finances through his entire adult life, often volunteering his services and experience to organizations wherever he lived. He would later write (tongue in cheek): "As a footnote, I wish to add that I refuse to acknowledge responsibility for the Saving and Loan debacle. I might have been responsible; I just refuse to acknowledge it."

Upon retirement, Charlie and Lois moved to Albany Oregon, which reminded him of homes in Somerset, where he engaged in volunteer work with the Albany Historical Museum, Albany Civic Theater ("treading the boards"), Albany Library, and Friends of the Library Bookstore. They remained there for 30 years.

Charlie and Lois traveled to many parts of the world through business opportunities and on vacations. His fondest memories were bicycle tours through various countries. As long as he was able, bicycling was his preferred mode of travel in and around Albany.

"(A 16 day tour through Southern Germany, Switzerland and the Alsace region of France) was the first of ten European tours with Euro-bike that took me through 16 countries, including Hungary which was behind the Iron Curtain at the time. Lois was with me on all but two of the tours. Every tour had its memorable moments and they have all been enjoyable and educational. In the years following that first tour we made sure we were better equipped and, for the most part, in better shape. However, the first day on each tour is still rough on the hind end. In later years we have toured with other firms, in Canada, New Zealand and even in the U. S. We have always used the tour company bikes and discovered that they all have one thing in common. They all seem to have a special gear that forces the bike to stop at every pastry shop along the route."

"Father Shields, the priest who would perform the ceremony, was opposed to the idea of a mixed marriage. He tried to discourage our marriage on the grounds that it wouldn’t last. That feeling was shared by many of our friends. We were from different backgrounds. Lois was a country girl from Minnesota, raised in a Protestant environment. I was a city boy from Massachusetts with a strong Catholic background. And we were living in California where many marriages didn’t survive. So how could ours last? At the time of this writing we have just celebrated our 49th anniversary. We have raised six children that we are proud of and have 14 grandchildren. We’ve had good times and bad. There have been serious illnesses and wonderful adventures including travels to five continents and over 30 countries. In all that time I have never fallen out of love withthat tall, attractive, if no longer 19 year old, wonderful girl."

Charlie is remembered by family as "the epitome of civility, benevolence, and generosity". His favorite charity was Mercy Corps. He told us often how much he loved us and how proud of us he was. We are thankful for his peaceful passing, in the manner he wished.

Share Your Memory of
Charles
Upload Your Memory View All Memories
Be the first to upload a memory!
Share A Memory