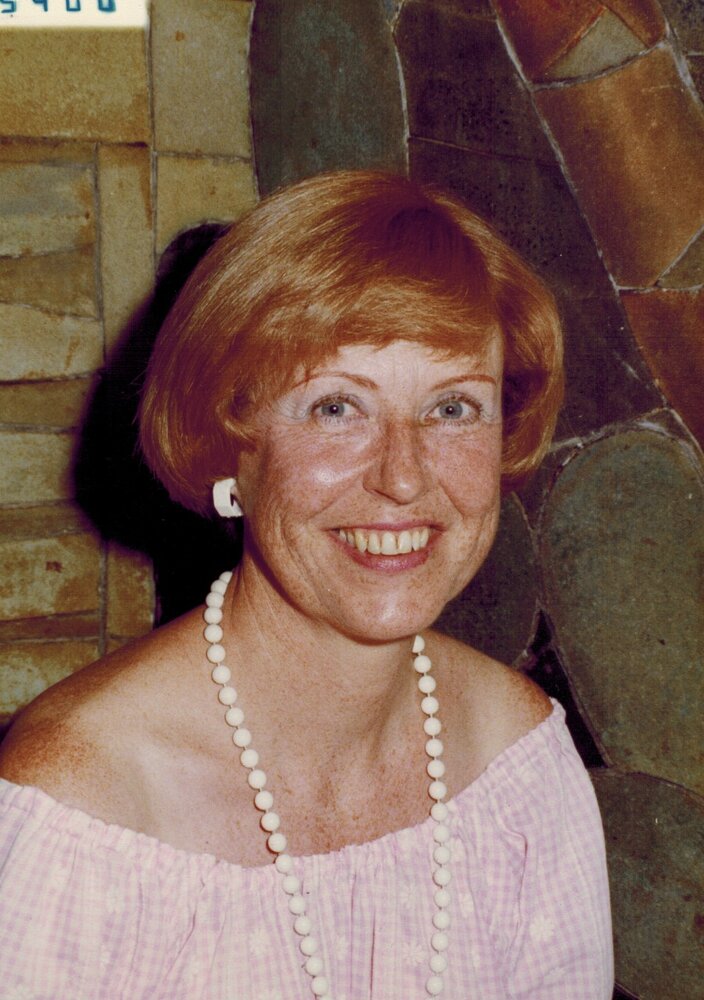 Carol Jean (Schafer) Fay, age 97, passed away peacefully on July 4, 2022 at Graceful Living Adult Care Home in Happy Valley. She was born to Leo G. and Reona (Werkman) Schafer on Christmas Day, 1924, and thus was proud to be known as "The Christmas Carol". She lived with her parents and brother, Lee Schafer, in Crookston, Minnesota (100 miles from the Canadian border) until 1945. After graduating from Central High School, she attended secretarial school in Minneapolis. There she met and married Norman E. (Bud) Fay in 1949. They had two daughters, Cynthia Lee and Susan Carol, and lived in St. Louis Park, a suburb of Minneapolis. Carol was an outstanding homemaker, seamstress and cook - known for lemon and chocolate pies that melt in your mouth.

While her girls were young, she introduced them to activities involving art, music, theater and many outdoor activities. As a girl scout leader, she gathered, sorted and packed clothing to send to an orphanage in Korea, receiving a "Good Neighbor Award" from WCCO, a local radio station. She also participated in a University of Minnesota program to assist the wives of doctoral students from foreign countries. In opening her home, she formed close friendships with the exchange families, especially those from Korea, Japan and Taiwan, and kept in touch once the families returned to their home countries. Always an adventurous person, she learned to love sushi and kim chee (a strongly-scented, pickled Korean dish) - much to the dismay of her husband.

A recurrent theme throughout her life, Carol made new friends wherever she went, and maintained lasting relationships, hosting meals in her home, and being a faithful letter writer.

Once her girls were in school, Carol began a career as a travel agent - merging her great people skills with a love of travel. Her job provided the opportunity to visit many places, including the Caribbean, Europe, Hawaii (a favorite) and a trip to Asia to visit her many friends in Korea, Japan, Taiwan, and Hong Kong. Her agency specialized in trips to a small, out-of-the-way, Bavarian town, Ruhpolding. True to form, during one visit Carol met and befriended Inca and Bertl Manstedt-Waldhoff, who owned a pub called Bier Stahl. Her daughters, Cindy and Susan, returned to visit and stay with the couple the following summer.

Carol and Norman divorced in 1973, but remained close friends for the rest of their lives. In 1978, Carol began a new adventure at age 53, moving to Santa Barbara, California, where her youngest Susan lived with her future husband, Bill Johnson. She and Cindy drove out from Minneapolis with all Carol's belongings packed in Carol's convertible.

Carol loved her apartment overlooking the mountains on one side and ocean on the other. She found a job as a secretary with the Santa Barbara County Area Planning Counsel and became an active member of El Montecito Presbyterian Church, singing in the choir. She loved walks around Santa Barbara and on the beach, exploring tide pools and visits to nearby Solvang, a 'Danish village' on the other side of the mountains. She continued to entertain vivaciously and annually invited dozens of friends to enjoy her Department 56 Dickens Village and other Christmas decorations.

Carol was thrilled when Cindy moved to Santa Barbara from Minnesota, soon to be followed by Cindy's future husband, Tom Arnich. Eventually Norman also joined the family in Santa Barbara, purchasing a house with Cindy and Tom and their new little family, Chris and Kelly. At that time, Susan was in San Francisco, where Carol's beloved brother Lee Schafer lived and so Carol was able to visit both of them. Her mother, Reona, moved in with her in 1987 and the two moved into a two bedroom apartment which had a lovely porch that looked out over the town and the ocean. Inheriting her father, Leo's green thumb, Carol filled the porch with pots of flowers and excelled in growing orchids.

If something was going on in Santa Barbara, you can bet Carol was there celebrating with her many friends. Once again, Chez Carol was open for business and she and Reona often had guests for dinner or just coffee and dessert.

Carol retired in 1990, just after Norman's death. After her mother's death in 1996, she eventually followed Cindy and Tom to Portland, OR in 2003. Susan and Bill had moved to Bend, OR and thus the entire clan was close again. Carol took to Portland like a duck to water and loved her apartment in Lake Oswego. She continued to enjoy walks and gardening and throwing feasts for friends and family. She found a church family at Lake Grove Presbyterian Church. Carol moved to Carman Oaks Independent Living in 2011, close to her church and still close enough to Cindy and Tom and family to be picked up for Friday night family get-togethers. The whole gang would drive to Bend for holidays at Susan and Bill's house.

Carol had a fall in the winter of 2017 and was diagnosed with Alzheimer's. Realizing she could no longer live on her own, she moved in with Susan and Bill to a home they had recently purchased in Happy Valley, east of Portland. She had her own little nest and Susan was thrilled to spend time with Mom. In 2019, Carol's condition caused her to move to Graceful Living, where her caregivers Dina, Raisa and Rebeka provided 3 years of loving care in a beautiful adult foster care facility. She passed away following a stroke on the fourth of July, a holiday she had always enjoyed celebrating.

Above all Carol loved her family, but her generous heart and outgoing personality touched many, many people. She embraced the concept of serendipity - Carol was always up for a new adventure. With her trademark red hair and engaging smile, she was the life of the party. She was known for so many wonderful attributes - a charming hostess, a loyal friend, someone you could call at the drop of a hat to go with you to an event and always up for a shopping trip. She was a loving daughter and a wonderful mother, grandmother and great-grandmother; always there for her family. We will miss her deeply, but will treasure the many memories we have and the gifts she gave each of us - allowing all that knew her to experience the world as a warm and beautiful place.

Share Your Memory of
Carol
Upload Your Memory View All Memories
Be the first to upload a memory!
Share A Memory
Send Flowers