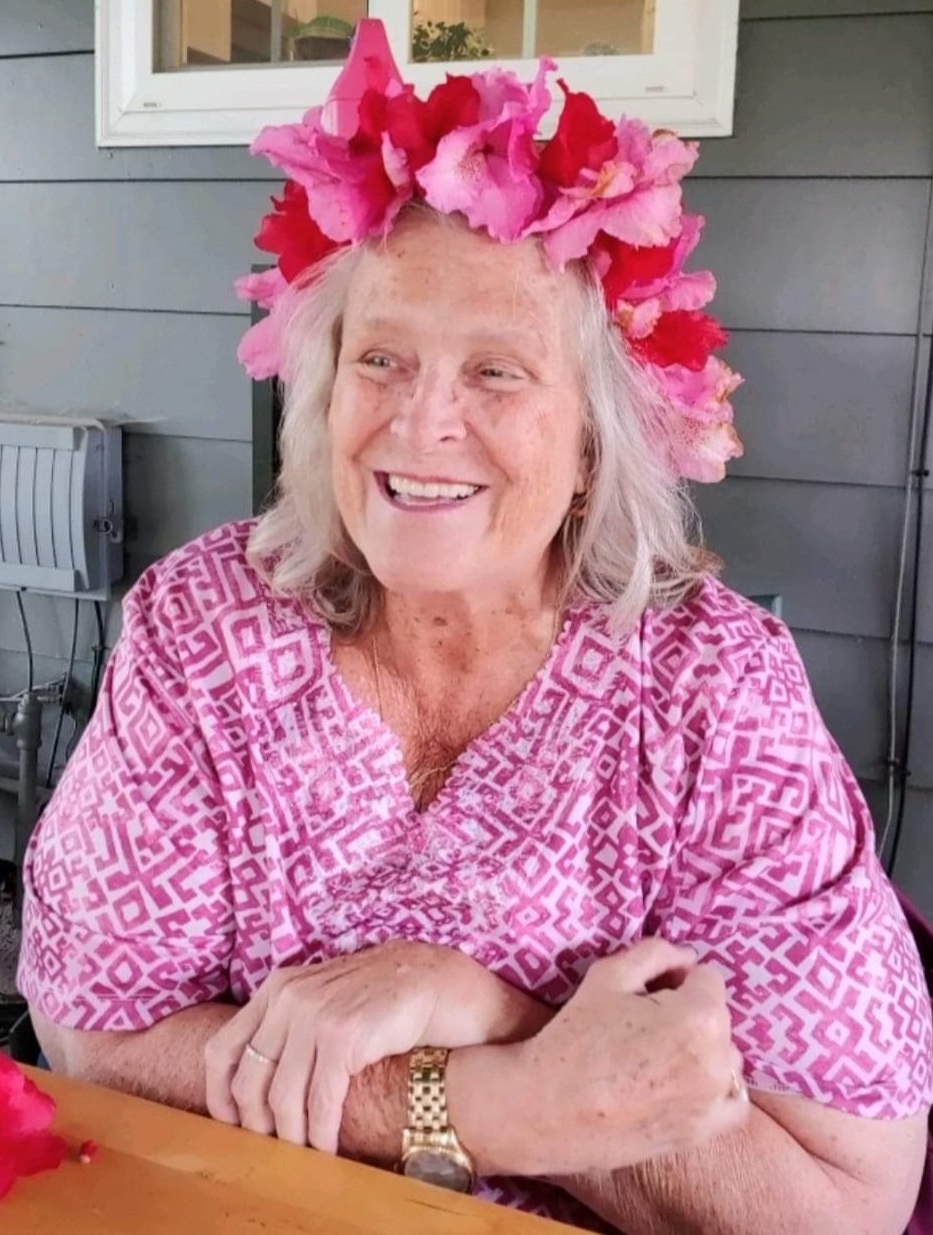 Patricia Drew Evans, loving mother and grandmother, passed away at the age of 70 from colon cancer.

Patty was born to John C. and Rose Marie Drew in 1952 and was raised in Colorado Springs. She spent some of her most formative years at the Benet Hill Academy, and later as a single mother, raised two daughters, Christine and Emily. Her last years were spent in Salem, Oregon, where she moved after retirement to be with her granddaughter and utilize social media for reconnecting with friends, family, and the city she missed.

Patty was preceded in death by her younger brother, John. She is survived by her siblings Mary, Michael, Robert and Katherine, her two daughters, and her granddaughter, Olivia.

Growing up against the gorgeous backdrop of Pikes Peak, Patty cultivated a reverence for nature. She adorned her yard with bird feeders, nurtured no fewer than three dozen plants in her home, and planted gardens and wildflowers in her yard that could later be cut and put together as an arrangement for a friend whose spirits needed lifting. This love of nature became a through-line later in life, as it was a source of strength, hope and recovery for her in a fellowship with others.

Patty also found joy through music, which was inspired early in life by her father, as she played the piano and guitar for Catholic mass. She was a performer at family gatherings for a decade, loved a good rock and roll song, and more recently, taught her granddaughter the words and dance moves to Beyonce and Bruno Mars hits. She inspired her girls to re-write popular songs for any mundane occasion, making even boring tasks seem fun. And, to add to the laughter, she even invented a “hag pass” that anyone could use (though none as often as her!) to be allowed to be crabby during a particularly unenjoyable activity, but only temporarily.

As a mom, Patty was the perfect rehearsal partner for a school play or an enthusiastic driver for late night excursions to watch rare comets. She had an incredible knack for cheering her girls up, from small comforts of a song after having a bad dream, to significant moments like showing up to a hospital room dancing and wearing bunny ears. Patty was always the winner at the annual dirty-word scrabble game. She was also the perfect partner to have in Trivial Pursuit, since she was as likely to be able to share the voting records of politicians, as she was to share the latest gossip about the Kardashians. And there was not a typo she didn’t see in work documents, public signage, or her daughter’s dissertation!

Patty was a radiological technician for her entire career, spending nearly 45 years providing competent and accessible care for her patients. She was a stickler for high quality medical care and professionalism, making certain that every mammography department she worked in—or supervised—exceeded the regulations. She wanted her patients to have a humane experience in her mammography rooms, so she educated them, treated them with dignity, and even brought her own silky robes and fancy soaps for the waiting room. The tens of thousands of women Patty served were able to leave their exams feeling like preventative health care could be a positive experience.

A small celebration of life was held by her family in which they exchanged sweet memories, laughter and some good music. In lieu of flowers, those wishing to honor her memory can send a small donation to Oregon Humane Society at www.oregonhumane.org/donate/memorial-celebration-gifts

Share Your Memory of
Patricia "Patty"
Upload Your Memory View All Memories
Be the first to upload a memory!
Share A Memory