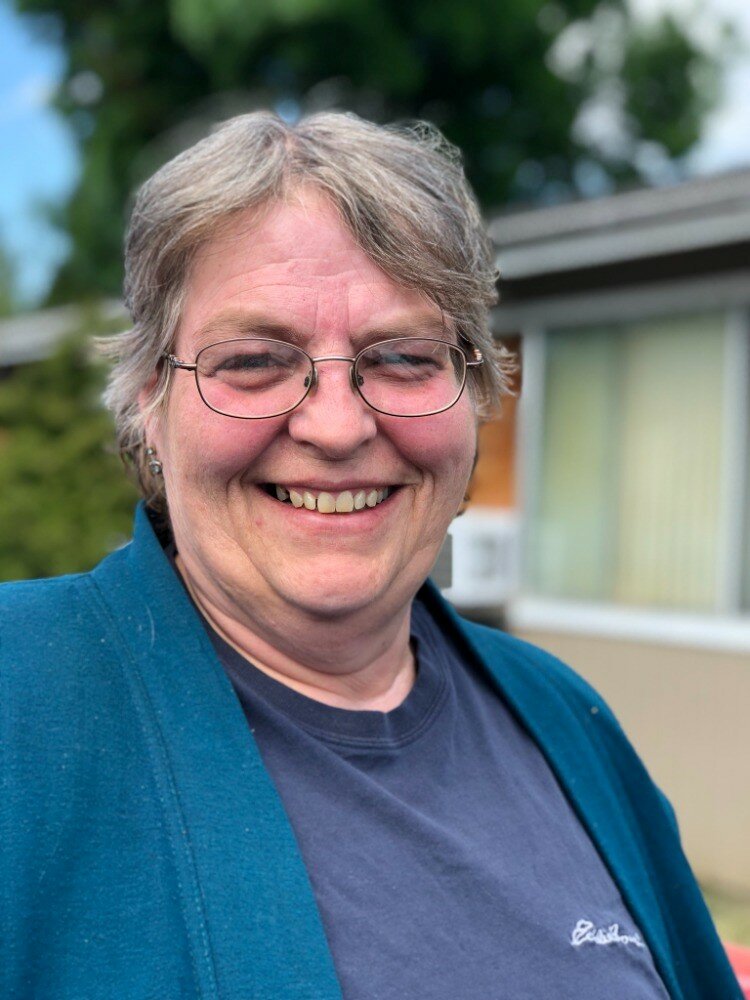 She was born to Howard and Claudia Welt on December 24, 1965. After graduating from high school, Cyndi pursued her dream of becoming a Marine. Though she was medically discharged before fully fulfilling her dream, her short time in the military remained a point of pride in her life.

It was after her discharge that Cyndi gave birth to her two greatest joys, her son Derek Mandarino and daughter Stephanie Frye. Though motherhood brought her great joy, it was the addition of her grandchildren Graycen, Emily, and Liam that gave her a new lease on life.

Cyndi was a storyteller. Whether it be the stories she created for her children or the love stories about the ducks in the neighborhood, her imagination was one of a kind.
She was mischievous; She often conspired to set free bunnies in the neighborhood to see the havoc they would bring.

Cyndi was a stoic guardian, and fiercely protective. Especially when it came to children. There wasn’t a day that would go by, where you wouldn’t find her sitting outside watching the children, making sure they were safe.

She was loving; She would be the first person to offer her love or stand in as a bonus mom. She was a bonus mom to many, but she had a special love for Christiana and Matt Howey, and their children Addisen, Fynnlee, and Charlee. She embraced her daughter-in-law Brittani (Derek) Mandarino and son-in-law Marquise (Stephanie) Frye immediately.

Aside from being a wonderful mother and grandmother, she was a loving aunt. Though she has four brothers, it is her brothers Clyde and Billy with whom she remained closest too throughout her life. It is their children: Kami, Blake, Alisha, Krysten, and Candace with whom she created loving and meaningful relationships. She will be greatly missed.

A celebration of life is scheduled for 3 pm on August 20, 2022, at Lakeside Village Community Center- 3110 Turner Rd. SE in Salem.

Share Your Memory of
Cynthia
Upload Your Memory View All Memories
Be the first to upload a memory!
Share A Memory
Send Flowers