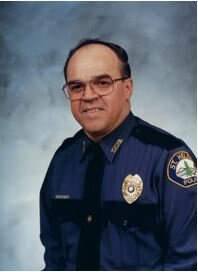 On the morning of July 31st, Roger passed away at home with his family present. Roger was born in Glenwood Minnesota to Wallace and Irma Roth, he was one of ten children. The family relocated to Oregon and settled in The Dalles. After graduating High School, Roger enlisted in the U.S. Army and served a total of seven years as a medic. After his discharge, he entered in what would become a 39-year career in Law Enforcement. He served the cities of The Dalles, Molalla and St Helens, the latter two as the Chief of Police. He was a proud graduate of the FBI National Academy in 1973.

On October 1st, 1994, he married the love of his life, Marsha Hansen.  They enjoyed their retirement on their Happy Valley property and traveled as much as possible.

A memorial service will be held on August 6th at the family home in Happy Valley.

Share Your Memory of
Roger
Upload Your Memory View All Memories
Be the first to upload a memory!
Share A Memory