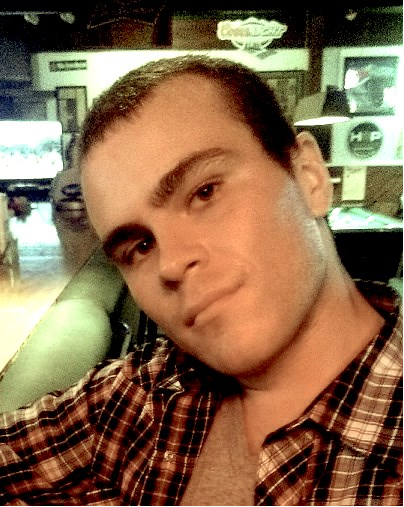 Jojo Milo Brittain was born on March 12, 1988 in Fairbanks, Alaska and died on July 11, 2022 in Portland, Oregon of heart and kidney complications.  Jojo lived most of his life in Eugene and Portland, Oregon.  He is remembered for his gentle heart, good sense of humor, the importance of friends, his loyalty to friends, and his connection with family when that was possible.  His humor was infectious.  Friends who knew him from his attendance at Multnomah Friends Meeting (Quaker) in Portland remember him as an outgoing, energetic, athletic, handsome preteen and teenager. He was active in their youth program and camps.

Jojo was pleased to earn his high school degree in 2010.  He had a talent for drawing, loved film and the visual arts.  Graffiti was part of his late teen life, maybe still seen on some freight train car.  For a bit, Street Roots took him under their wings and he sold the paper.  In some of the following years, he lived on the streets and lost touch with family as he dealt with the challenges of drugs, health and street life.

During his recent weeks in the hospital, Jojo felt and expressed appreciation for all the family and hospital staff who helped and encouraged him.  He had hoped to write a book for young people about life on the street so they wouldn’t make some of the mistakes he felt he’d made.  His teddybear Charles daBear Jones, a gift from a friend, was said to talk to him and advise him.

What were Jojo’s gifts to those in his community on the streets, and theirs to him?  What resilience and resourcefulness it must take to live on the streets of Portland. Jojo’s family offers gratitude to all his friends and all who helped him along the way.

Jojo is survived by his mother Sesha Brittain, his father Frank Smith Brittain, his sister Lillia Brittain and his grandmothers Gail Sanford and Florence Smith.  Donations in his memory may be made to Transition Projects, which sheltered him in his final weeks:  Transitions Projects, 665 NW Hoyt St, Portland, OR 97209, 503.280.4700

“Living on the streets day to day can be rigorous, tough or just an all-out fight for survival. Unfortunately, unhoused people succumbing to those conditions are far too common.“  ….Unhoused people have a “tight-knit and familial relationship.”

Memorial Service to celebrate the life of Jojo Milo Brittain, Lillia Brittain’s brother, Sesha Brittain’s son and Gail Sanford’s grandson, at Laurelhurst Park Picnic Site D, Friday September 9, 2022, 2:00pm.  Jojo died from heart failure on July 11th.  The picnic site is near the corner of Cesar Chavez Blvd. and Ankeny St.  If you can bring a sandwich, fruit or vegetable to pass on to people who need food, they will be donated to Peace House for their lunch program.  Are all welcome.  For information, Gail Sanford madreiya@gmail.com.

Share Your Memory of
JoJo
Upload Your Memory View All Memories
Be the first to upload a memory!
Share A Memory
Send Flowers