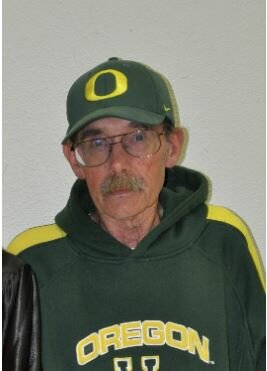 Ronald “Ron” Smith, of Lincoln City, died Saturday, August 13, 2022, at the age of 73. Ron passed away from complications associated with surgery.

On May 29, 1970, he married his wife, Maria, in Port St. Mary, Isle of Man. In the spring of 1978, they traveled with their daughters, Tracey and Sharon, to Lincoln City, Oregon to visit extended family.  Ron and Maria fell in love with the ocean and the mountains of the Pacific Northwest and the family chose to remain in Lincoln City.

Alongside family business partners and owners Roy and Dave Johnson, Ron operated the beloved Dory Cove Restaurant in Roads End, until it was tragically destroyed by fire in November, 2006. Ron considered the employees of Dory Cove his family and he cared deeply for each of them. Following the fire in 2006, Ron opened “Captain Ron’s Seafood & Chowder House” in SW Lincoln City. The restaurant opened on May 21, 2007, offering many Dory Cove favorites and providing many of the former employees of Dory Cove a new work home. Ron retired from the restaurant business several years later following the death of his wife, Maria.

Before Ron’s health started to decline, he was an avid fisherman and he loved his time on the river chatting with his fishing buddies. Regardless of whether he caught a fish or not, his time on the river provided some of his favorite memories. Ron was a huge fan of the Oregon Ducks and was most often found sporting the colors green and yellow and could be heard shouting “Go Ducks” whenever the opportunity presented itself. Always in a talkative mood, Ron never missed a chance to meet new people and have a conversation with anyone, at any time, especially if the topic was related to history, particularly WWII. Ron also found great joy in cooking and was frequently creating new and delicious recipes, plating each dish with great care and detail.

Ron will forever be remembered by his three loving daughters, Tracey, Sharon and Brittany, his son-in-law, Nathan, his seven grandchildren, and the countless other family and friends who he treasured. Ron was preceded in death by his wife Maria (2010), his parents and many other beloved family members and friends.

Memorial contributions may be made to a favorite charity in honor of Ron Smith.

Share Your Memory of
Ronald
Upload Your Memory View All Memories
Be the first to upload a memory!
Share A Memory
Send Flowers