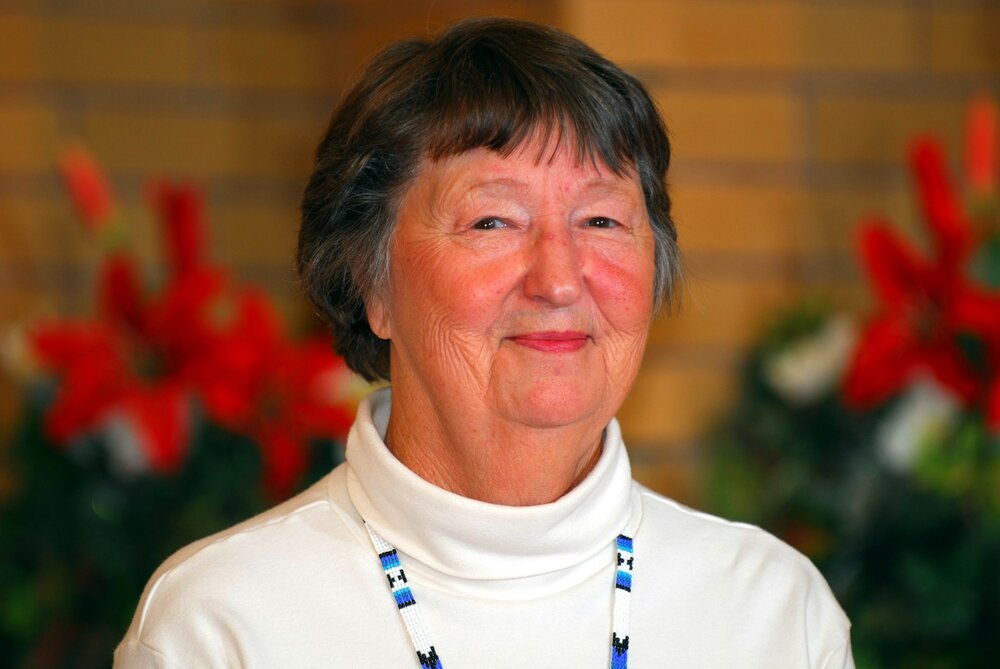 Norma Faye Cole passed away peacefully the morning of September 10, 2022 in Portland, Oregon,

Norma was born in Buhl, Idaho to Eugene Percival Heath and Thelma Weaver. She was the youngest of four children and grew up surrounded by hardworking people who taught her the value of family. After a fire took their home, Norma and her family moved west, first to Bingen, Washington, then to the mountains above White Salmon, Washington, where she loved to explore and be outdoors, and then eventually to Portland, Oregon.

Norma rode the streetcar to Washington High School, where she befriended James Avery Cole, Jr., Jimmy as she called him then, who she would marry shortly after both of them graduated from high school. She worked

at the Sears Drug Store Soda Fountain and made him extra special caramel milkshakes. He was smitten.

Jim and Norma had three children, Barbara, Nancy, and Jim, who they raised in the house the two of them built together in southeast Portland. They loved to square dance. Their matching outfits, crafted by Norma, were legendary. They also owned a small cabin in Bay City, Oregon. Here they moored their boat, Our Way, which would take them on their favorite adventures. Together, they learned to navigate and could be found all over the Pacific Northwest crabbing and fishing. They particularly enjoyed spending time with friends and family in the San Juan Islands.

In retirement, Norma and Jim built their second dream home in Bay City. They turned the small cabin into a home big enough for their family to stay. Norma volunteered her time at the Latimer Quilt and Textile Center and Jim was the mayor of the small town they called home. In their fifth wheel, they traveled North America for years, east to west and north to south taking in so many sites and building memories on the road just like they had done in their truck with their three children and Norma's mother as young parents. Road trips were always a family favorite.

After Jim’s passing, Norma sold their beach home and moved to Gresham, Oregon to be Close to her children and grandchildren. She continued quilting, singing, writing, and besting her family and friends at cribbage. Norma belonged to a writing group and enjoyed sharing her stories. She left her family volumes of narrative, her life story. Norma loved a good mystery novel, but The Bible was her favorite book. She loved God and her family deeply. Her faith guided every aspect of her life. Her kind heart touched everyone who met her.  Norma was preceded in death by her beloved husband, Jim.

She is survived by her children: Barbara and Gabe Hulin, Nancy and Phillip Scaife, Jim and Donna Cole, her seven grandchildren, eight great grandchildren and one on the way, and her sister, Margy Hunter.

A service will be held Friday, September 23, 2022 at 1 :OOpm at First Baptist Church, 224 W Powell Blvd Gresham, OR 97030.In lieu of flowers, donations can be made in Norma's name to charities that held a place in her heart.

Share Your Memory of
Norma
Upload Your Memory View All Memories
Be the first to upload a memory!
Share A Memory
Send Flowers