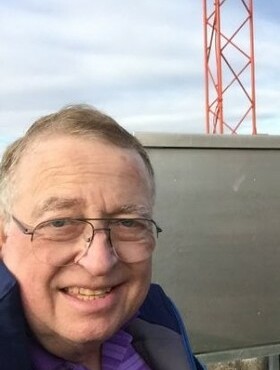 James Edwin Boyd, “Jeb” to many of his Bend friends, and “Al” as an on-air name, passed away recently due to cardiac issues probably related to Agent Orange. His parents were Howard and Leatha. He worked for a time for The Bulletin in the circulation department. He served in the Army in Vietnam and then returned to Bend and got into the broadcast engineer business, working for KBND briefly and then for Capps Broadcasting (KGRL, KXIQ and KTIX) for over 20 years. He was Chief Engineer, Operations Manager and Group Chief for Capps until the early 1990’s. He was one of the first in Bend to go up in an airplane to provide traffic reporting on the air. James was an enthusiastic amateur radio operator from a young age. (K7MKN)

James formed Boyd Broadcast Technical Services and moved to Tualatin. He provided broadcast engineering to many AM and FM radio stations and did this work until the time of his death.

James was a member of the Bend Volunteer Fire Department for many years. He then became a volunteer with Tualatin Valley Fire and Rescue and also a member of the Community Emergency Response Team.

He was married in 1967 to his first wife, Darlene. Their children were Cecy and Tamara Boyd. He is survived by his wife, Xiangni Fan Boyd, and his daughter Tamara. He had step-children from his marriage to Ofilia, including Raul, Carol & Nina.