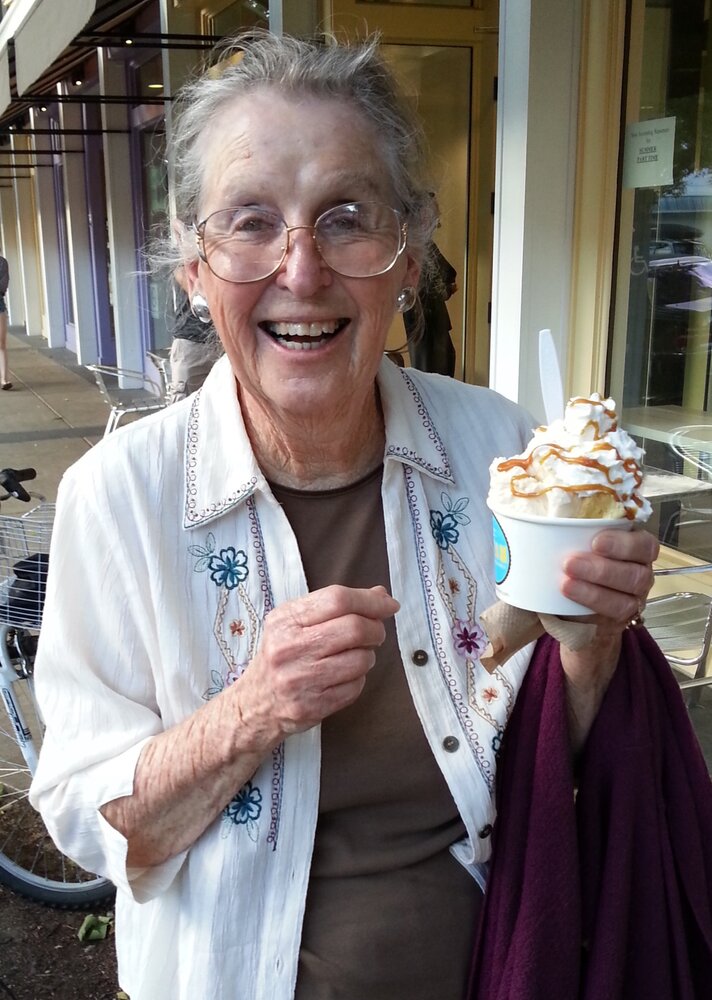 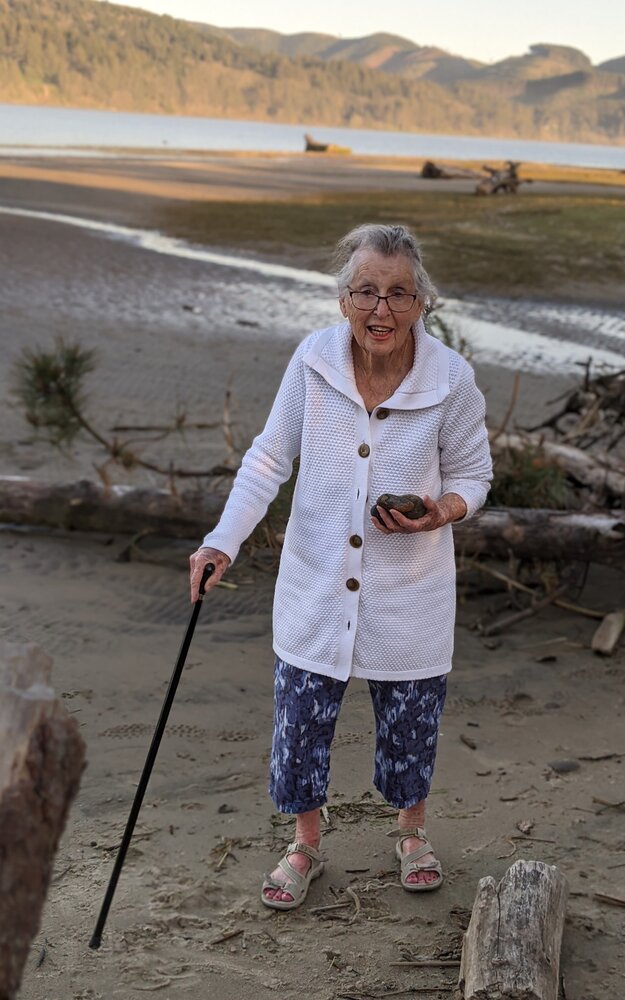 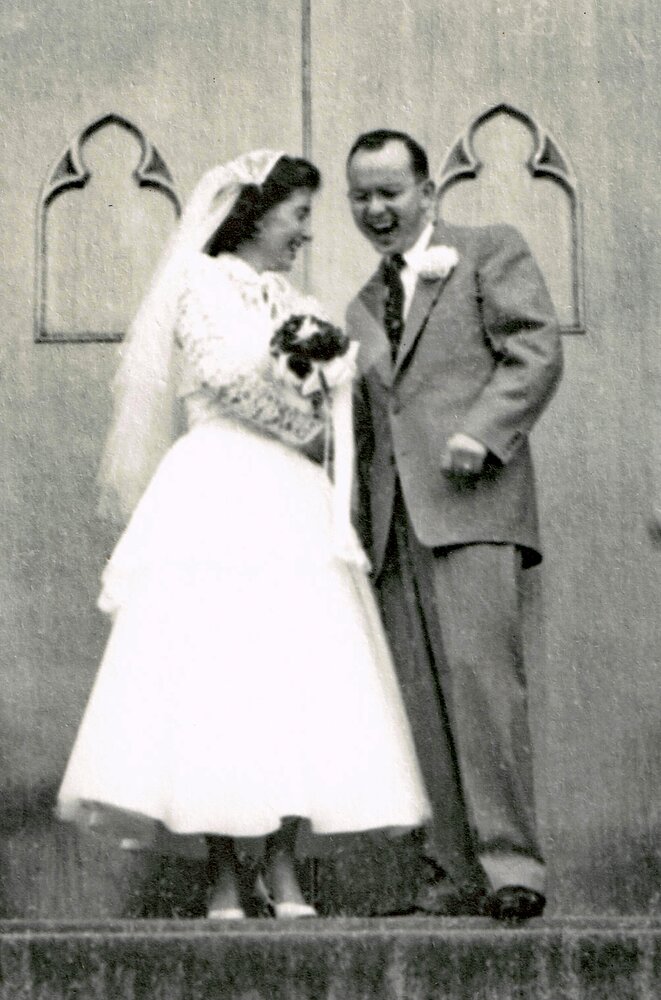 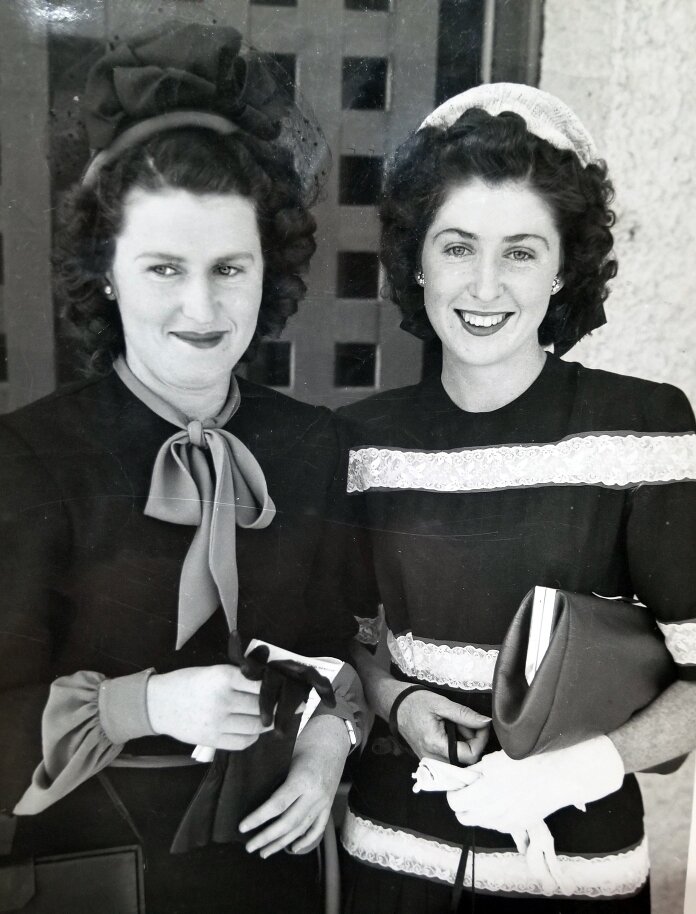 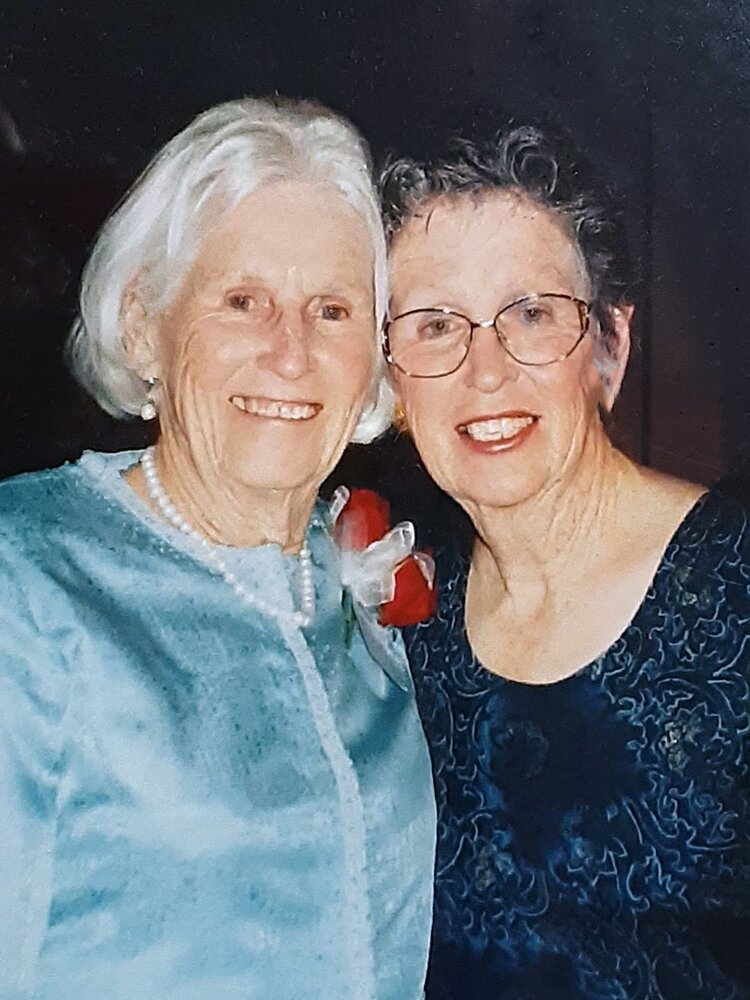 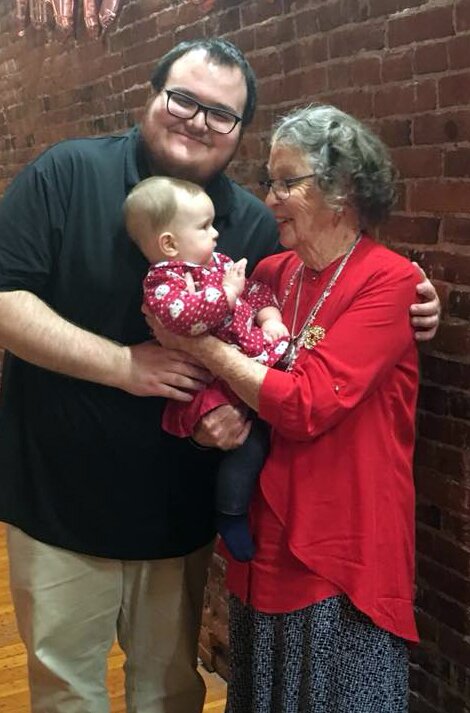 Erin Kolman passed away gracefully on November 1, 2022, in joyful anticipation of reunion with her son James and her husband, Edward. She is celebrated, adored, and survived by her sons John Kolman and Andrew Kolman, daughters Marianne Obstar, Melissa Barrett, Kathleen Kercheski, and Jessica Kolman, twelve grandchildren, and five great-grandchildren.

In her last months, she stoically battled to overcome health complications so that she could remain independent and avoid “being a nuisance,” as she put it, to family members, though they were eager to care for her. She spent her final hours sharing memories with a roomful of family, and with classic Erin humor, apologized for not being able to stick around with them. “I don’t want to leave you. But at the same time, I want to leave you!”

Erin was born Erin Sweeney on April 19, 1928, in Hendra, a suburb of Brisbane, Australia. She grew up among her four loving siblings, Glynn, Patricia, Colleen, and Maurine, and their devoted parents, Annie and Michael Sweeney. The family spent happy days going to horse races, gardening, visiting Australia’s beautiful and varied destinations, and playing on the beach (including on Christmas).

During World War II, the land adjacent to the Sweeney home became an American air base, and Patricia met and married one of the airmen. She made her new home with him in Bozeman, Montana, and Erin traveled across the Pacific to visit the couple. There she met her true love, Ed Kolman. The two married and raised their seven children in Great Falls, Montana.

Erin described motherhood as her life’s greatest joy. She proudly celebrated her children and grandchildren in their every endeavor. She rejoiced in their triumphs and shouldered their sorrows. Unabashed in her affection, she referred to them with such terms as “love,” “darl,” and “precious angel creature.” Her lucky children received more love and devotion from both their parents than seems humanly possible, and they are forever grateful. Erin’s directive to her children was always to “stick together like glue.” They have and always will.

When the children were grown, Erin and Ed moved to Spokane, Washington. Ed passed away there in 1996. In 2014, Erin continued her westward journey, making her final “nest” (as she referred to each home) in Salem, Oregon.

In the 1980s, she worked as a realtor, meeting some of her dearest friends by finding them their perfect homes. An avid antique collector, she shared her possessions as freely as she shared her time and attention. Friends and family recount that she was always giving things away. She said she never owned any of her cherished things, but only acted as their temporary caretaker.

She had an innate sense of style, never leaving the house without looking impeccably put together, and her flair for interior design was unmatched. She delighted in creating homes that instantly made any visitor feel happy to be there. A friend of one of her daughters once remarked, “I love to visit Erin’s house to just watch prettiness happen.”

Erin’s other passions included reading (she was never not in the middle of a novel), music (especially opera, and she thrilled at seeing Turandot on a trip to London), gardening (she could beautify any plot of land, even in the miss-it-if-you-blink Great Falls summer), crosswords (she solved them until her final day), watching tennis, golf, and basketball (go Zags), and of course, teatime every afternoon (“arvo”) at four o’clock.

Erin was a committed and lifelong advocate of workers’ rights and social justice. She became a U.S. citizen in 1990 so she could vote and make her voice heard in the political sphere. She jumped right in, traveling to the Washington State Democratic Convention that same year as a delegate in support of her favored progressive presidential candidate. In these last few years, when a certain political figure expressed anti-immigrant sentiment, Erin quipped, “Well I wish he would deport me so I could get a free trip to Australia!”

Though she lived in the U.S. for nearly seven decades, she remained a fair dinkum Aussie in her heart. Her favorite vacation destination in the U.S. was the Pacific coast, and whenever she looked out over the ocean she would say, “Hello, Australia!” She also had a deep connection with Ireland, the home of her paternal grandparents. She described a visit there as coming home, and she returned with a whiskey flask filled with Irish soil.

Her love of people blazed brightly until her final day. During her hospitalizations, she set aside her own concerns, instead focusing on meeting her nurses: “What a lovely name! Where are you from? Are you married?” With her mind undiminished by age, she remembered all their names instantly and determined to do everything she could to be an easy patient and “not a nuisance.”

She implored her many final-day hospital visitors to go out to dinner on her card, and her dry wit kept family and hospital staff laughing. Upon waking from a doze prior to her final rest, she remarked, “There was a bright light and then it went black. I figured that meant, Roll the credits!”

She left this world on All Saints Day, and there can be no doubt that she greeted each saint with an enthusiastic “What a lovely name! Where are you from? Are you married?”

May we keep Erin’s loving spirit alive in our every thought and action, and raise a cup of tea to her memory. She will remain in the hearts of her loved ones as their everlasting inspiration.

Before departing, she took a moment to write her simple wish for her family and friends:

Erin’s final resting place will be with Ed and James at Holy Cross Cemetery in Spokane. Per her wishes, her ashes will be laid and we will have a celebration there in the springtime. (She never was a fan of cold weather.) To be notified when the springtime celebration of life is scheduled, please let us know in the comments (Tribute Wall).

To plant a beautiful memorial tree in memory of Erin Kolman, please visit our Tree Store

A Memorial Tree was planted for Erin
We are deeply sorry for your loss ~ the staff at Crown Memorial Center, Cremation & Burial - Salem
Join in honoring their life - plant a memorial tree
Services for Erin Kolman
There are no events scheduled. You can still show your support by planting a tree in memory of Erin Kolman.
Plant a tree in memory of Erin

Share Your Memory of
Erin
Upload Your Memory View All Memories
Be the first to upload a memory!
Share A Memory
Plant a Tree