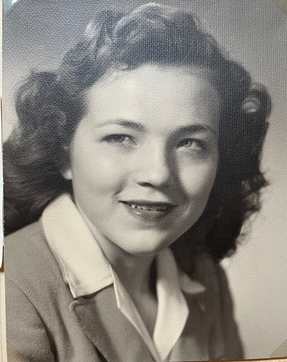 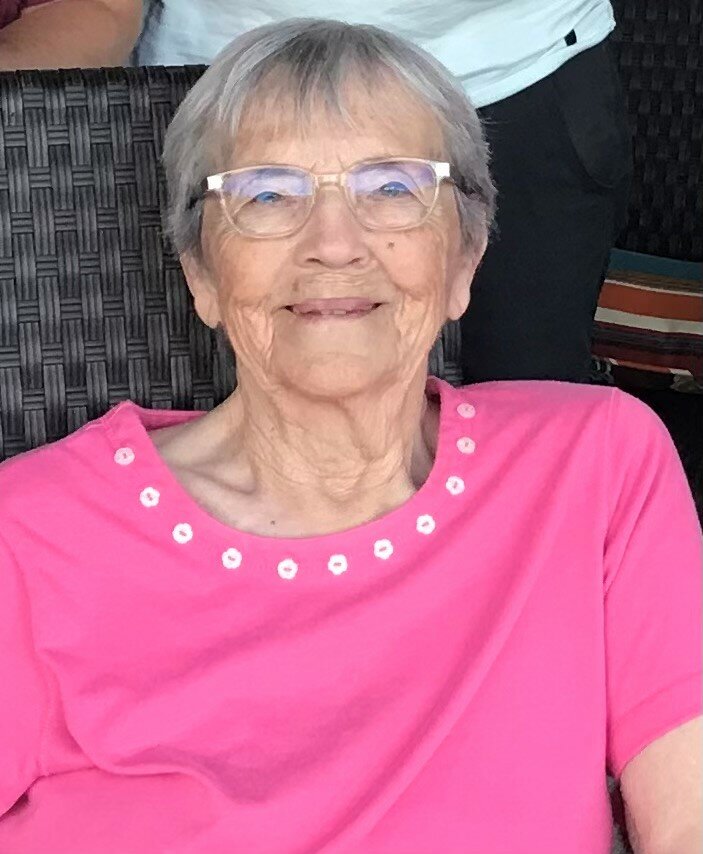 Barbara France, long time resident of Missoula, Mont., passed away Oct. 27, 2022, after a brief illness. At the time of her death, Barbara was living in Portland, Ore., near her youngest son, Kurt. She was 92.

A descendant of Volga Russians, German and Polish immigrants, Barbara was born to Eva (Kohler) Mayer and Wilhelm Mayer on a farm south of Almont, North Dakota on September 29, 1930—the eighth of 14 children. After losing their land and livestock to creditors when Barbara was only 6 years old, the family moved to the fertile Bitterroot Valley of Western Montana in the back of a box truck—“a tough trip to paradise.” The whole family worked as tenant farmers and field workers—the smallest non-walking child carried in a box of pillows as the other children moved through the fields tending crops of vegetables, berries and sugar beets.

Barbara was a dedicated student, walking miles to a one-room schoolhouse in North Dakota, and later riding busses to schools in Grantsdale, Corvallis and Hamilton, Mont. where she and her siblings would be the first ones on the bus on dark mornings, and the last ones off in the evening. Barbara was inducted into the National Honor Society and graduated with high honors from Hamilton High School in 1948.  She remained a voracious reader her whole life, with a commanding knowledge of history, strong political opinions, and an extensive vocabulary that allowed her to dominate the Scrabble board for decades.

Barbara was only 18 when she met Aaron Denver France, a handsome young Army veteran originally from Grass Range, Montana. They were married August 8, 1949, and made their lives  together in Missoula for the next 61 years. Barbara had a long career as a medical transcriptionist, working at the Western Montana Clinic, Missoula Vocational Technical College, and the Missoula Community Hospital. Barbara was ahead of her time in the health and fitness movement—she quit smoking in her 40s, and began walking several miles a day, a habit she would continue until her late 80s.  She retired in the early 1990s and turned her energies to volunteer work: delivering meals with Meals On Wheels; helping in the kitchen at the Missoula Senior Center; and reading to local schoolchildren. Barbara adored music and had a beautiful voice—one of her favorite retirement activities was singing with a local choral group called “The Mellowaires.”

Barbara and Aaron were avid gardeners and bird lovers. They created a welcome rest-stop for an incredible variety of migrating birds at their place on Oral Zumwalt Drive. Their children, grandchildren, and extended family loved spending vacation time on adventures up the mountainside out back and exploring trails along the Bitteroot River. They later moved closer into town, and Barbara became a regular on the Missoula walking trail system around their home. She attended mass regularly at Blessed Trinity in Missoula before a car accident stole her confidence in driving.

After Aaron's death in 2011, Barbara managed to continue living independently in her own home for another 10 years—until her children finally persuaded her to move into an assisted living community in Seattle in 2021, and then an adult family home in Portland. The family would like to acknowledge the special love and devotion that Barbara received from her niece Erin Mayer and her spouse Lisa Meyer during the last few years of Barbara’s life, especially the last year.

Barbara will be buried next to her husband Aaron at the Western Montana State Veterans Cemetery, and the family will hold a private memorial at a later date.

In lieu of flowers, the family asks those wishing to express sympathy to consider making a donation to the nonprofit elder community where Barbara was so lovingly cared for during the final year of her life—Fred Lind Manor, c/o Transforming Age Foundation, 1980 112th Ave NE, Suite 210, Bellevue, WA, 98004, or online at www.transformingage.org.

Condolences or memories of Barbara may be left for the family at crowncremationburial.com.