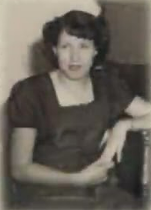 Ruth Pulsipher Cushman, age 88, passed away on July 1st, 2022 in McMinnville, Oregon. Ruth was born in Bunkerville, Nevada to Walter and Sarah Saphrona Pulsipher on September 25th, 1933.  Ruth was the fourth of their five children. Ruth's earliest years, from 1935 until 1942 were spent in Las Vegas, Nevada, in the same neighborhood where her grandparents, plus aunts and uncles, lived. At age six, she attended 5th Street School, a now historic building that her father helped to construct.  The family stayed in Las Vegas while her father worked on the construction of the Hoover Dam.

In 1942, when Ruth was eight years old, her parents decided to move out of the burgeoning city to a smaller town where they could turn their love of gardens into a business.  The family (including the family of some of their closest cousins) moved to Hurricane in southern Utah. The family purchased a tract of land with peach trees which they expanded into a large mixed fruit orchard. It was these early experiences, learning from her father, that led Ruth to love gardens throughout her life.

After her junior year in high school, the family relocated to Ashland Oregon for better employment opportunities. Ruth attended her senior year at Ashland High School. The highlight of her senior year was her participation in a theatrical group which performed for local community organizations.

In 1952, Ruth met Leonard "Corky" Cushman a few days after his discharged from the Army, after having served in Germany. They were married later that Fall and continued to love each other for the rest of their lives together.  From 1954 until 1968, Ruth and Leonard lived for the most part on the Oregon Coast (Newport, followed by Gold Beach and Port Orford.)  In Port Orford, together Leonard and Ruth began a company that supplied jewelry highlighting the beauty of the Oregon Coast, for the tourist trade. Throughout their lives together, Ruth's favorite weekend hobby was going on road adventures with Leonard and their children, exploring little known, and seldom traveled, trails along the Oregon coast.  Ruth's children, and grandchildren, have inherited their parent's admiration for the wonders of the natural world.

In 1968, Ruth and Leonard selected McMinnville Oregon as their 'Until Forever' home, relocating to improve the range of educational opportunities for their now, or soon to be, adolescent children.  IN (sp. In) 2015, Leonard preceded Ruth in death, after 63 years of marriage.

A Celebration of Ruth's Life was held at noon on Sunday, July 10th by family and friends at The Church of Jesus Christ of Latter Day Saints in Amity, Oregon. The family wishes to extend their gratitude to each of the family and friends who were so supportive of Ruth during these last years of her life. This last photo of Ruth was taken by her daughter, Janine Cushman.  Garden gloves pulled off, Ruth swings in her lawn chair, enjoying an ice cream bar in her meticulously maintained and beloved garden - two days before she passed away.

Share Your Memory of
Ruth
Upload Your Memory View All Memories
Be the first to upload a memory!
Share A Memory