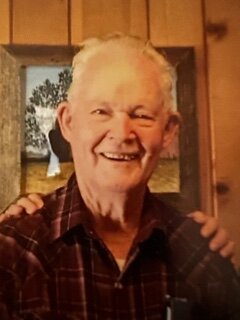 Carl Hamilton Howard was born on November 19, 1932; and was called home as a “GOOD AND FAITHFUL SERVANT” to his Savior Lord Jesus Christ on November 27, 2022. Carl was born in Farmersville, Ca. to Thomas and Cleta Howard. Carl with his red hair and love for basketball caught the eye of Marilyn Field at their high school in Live Oak Ca. They were married January 13, 1952. They moved to Napa, Ca. beginning their family of four children. Carl went to work in Vallejo, Ca. for Mare Island Naval Ship Yard working for 35 Years; 25 of those years were worked in top secret ocean engineering. Carl also taught guitar lessons every evening and Saturdays and with anyone interested in learning to play a guitar. Amazing he was able to teach one of his friends boys who were blind to play guitar. With Carl and Marilyn’s gift of music they ministered in jails; prisons; juvenile halls; care centers; rescue missions and senior centers. Carl also participated in marathon’s over 55 in Napa, Ca. and came in with 7 minute miles….. GO DAD!!!

After Carl retired they moved to Medford, OR. where Carl enjoyed hunting and fishing. Both Carl and Marilyn enjoyed many adventures while taking their horses on picnics and trail rides.

Both Carl and Marilyn enjoyed serving in their church and especially on Christmas Days feeding those in need. They always had HEARTS to help those in need!!! Marilyn was called home to her Savior January 27, 2006.

Carl was blessed to meet Roberta Sortland approximately 4 years later at the Senior Center in Medford; where he played guitar music with friends. They married in Butte Falls at the Butte Falls Community Bible Church on January 29, 2011. They enjoyed almost 12 years together of serving in their church with music; vacation bible school; jam sessions; family get to togethers and great friends in Butte Falls. Carl and Roberta enjoyed a special trip to the Grand Ole Opry in Tennessee; September 2016. Carl even took Roberta to Alaska for a couple unforgettable fishing trips. Carl is missed ; but left us with many special memories.

At Carl’s request no services will be held.

Share Your Memory of
Carl
Upload Your Memory View All Memories
Be the first to upload a memory!
Share A Memory
Send Flowers